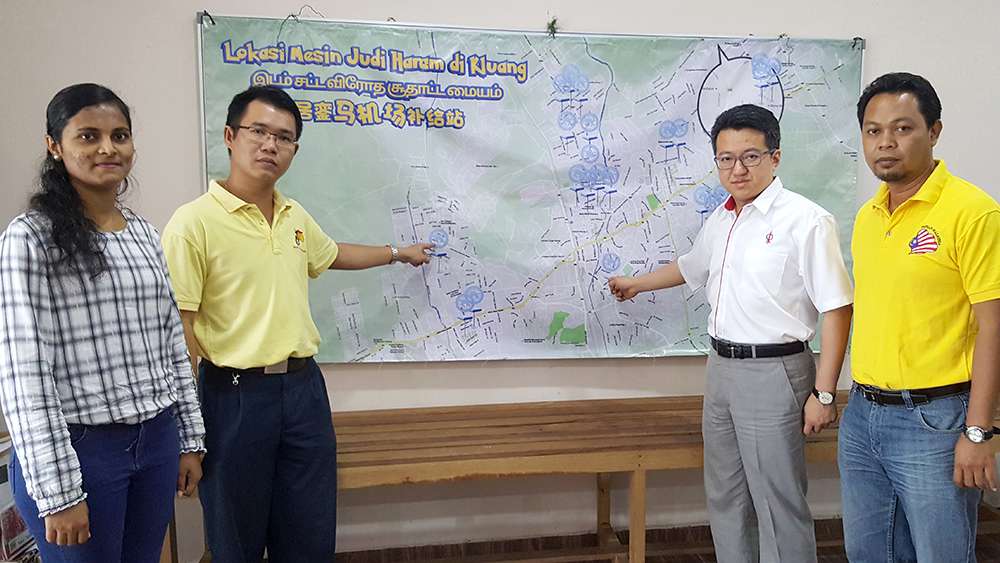 Ensuring that Kluang and Johor is free of illegal gambling centres will be one of the campaign issues in the Battle of Kluang.

I call on my respected opponent Mr Gan Ping Sieu, MCA/Barisan Nasional candidate for Kluang to commit to ensure that there are no illegal gambling centres in Kluang.

We commend Majlis Perbandaran Kluang’s operation on three gambling dens last night (14th September 2016), together with personnnel from the
District Office and MACC.

We are however dissapointed with the lack of presence of the police. Police plays a major role in battling illegal gambling.

In an interesting report by China Press (14th September 2016, page A3), the OCPD of Bandar Iskandar was quoted as saying that the police had not reported any complaints on the revival of such dens in Ulu Tiram. MCA MP for Tebrau Khoo Soo Seang was quoted as saying that his party would collect information about the gambling dens and submit to the local council for action.

Such is the ridiculous state of affairs in Malaysia that the police sees no evil and relies solely on public complaints for action while a government MP promises to do detective work when he should have directed the authorities, which he is part of, to take action.

Illegal gambling dens are causing serious havoc to families. Those who are lured to these centres are usually from low income groups and such activities take away the very disposable income that would sustain their livelihood, as well as sustain the local economy. Some gamblers resort to crime such as snatch theft or robbery out of desparation.

For these centres to flourish many parties have chosen to “close one eye”. I call on the Barisan Nasional Government to make this a priority as well as calling on Barisan Nasional candidates in the upcoming election, including Gan Ping Sieu of Kluang, to commit to a “zero illegal gambling centres” pledge in Kluang and Johor and see it through before the General Election.