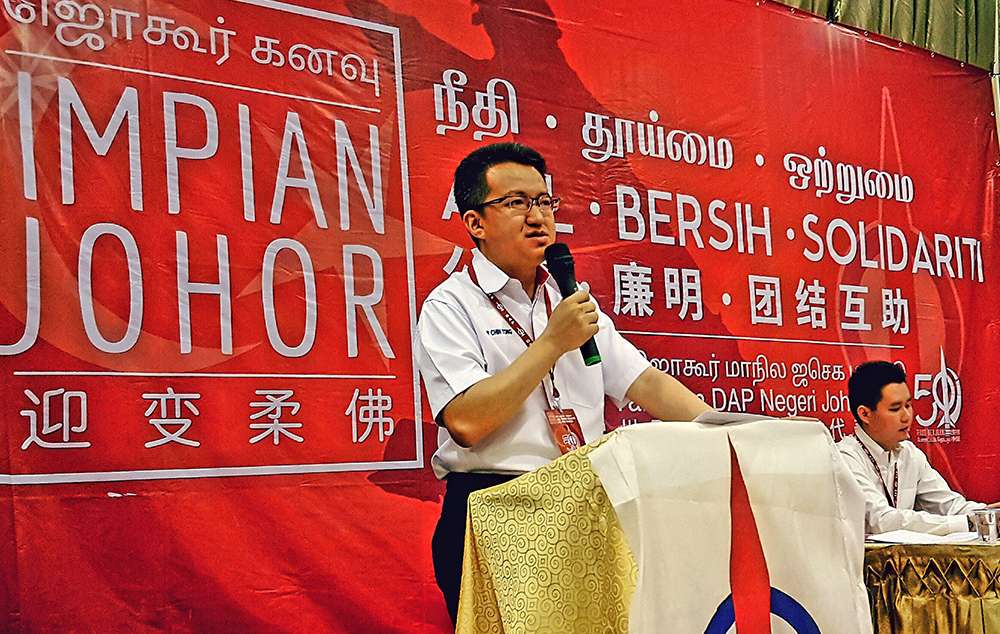 Justice (adil), Clean (Bersih) and solidariti (solidarity) will guide DAP Johor when we chart the future for Johor. A just society with clean governance and a sense of solidarity among its people is at the core of our Impian Johor.

Bangsa Johor The idea of Bangsa Johor is increasingly popular. How do we make sure the expression of state pride changes the lives of ordinary people for the better?

The spirit of Bangsa Johor should eventually mean we aspire to achieve the best for ordinary Johoreans, for instance, the best water supply or the cleanest cities in the country. At the same time, through achieving the best standard of living for ordinary Johoreans we lead Malaysians from everywhere else to better life. DAP calls for greater decentralisation and devolution of powers from federal government to state governments. Transportation, municipal policing, education and health should be placed under the watch of the state governments. A substantial portion of income taxes raised in the state, say 50 percent, should be channelled to the state governments.

Core policy issues While we are of the view that the earliest date for national election would be after Hari Malaysia 2017, we cannot rule out the possibility of an early state election in Johor. The fact that the possibility was discussed by UMNO Johor reps (as reported in The Star) is an indication that UMNO Johor is worried about being associated with Prime Minister Najib Razak and also concerned about the rise of Bersatu.

Despite Deputy Prime Minister Zahid Hamidi and Menteri Besar Khaled Nordin dismissing the idea of snap state polls, DAP needs to be ready for such a possibility and further articulate our state agenda. We should not campaign only on national issues. In the past three years, as we position ourselves as the party of ideas and ideals, DAP Johor has made our mark in pushing the Johor state government to do more for public transport and water. Public transport and water will continue to be the core policy issues that we champion as the current conditions are far from satisfactory. DAP Johor will also work on the following policy agenda in 2017:

Challenges We are confronted with two major challenges in the months to come: First, DAP Johor will work with our Pakatan Harapan allies, namely Parti Amanah Negara and Parti Keadilan Rakyat, to help various political forces to realign along the following lines:

those who are for Prime Minister Najib and those who are against his misrule; those who continue to support a corrupt status quo and those who are prepared to work for a corrupt-free new Malaysia; those who uses race and religion to divide the society and those who work towards the unity of Bangsa Johor and Bangsa Malaysia.The realignment will be full of challenges but for the future of our nation we shall give our best. Second, the DAP has been demonised throughout the years. We must do our best in engaging all Johoreans to convince them that we are a party for all Bangsa Johor and Bangsa Malaysia, that we are the party of ideas and ideals, and that we are the party for the future.