The government is finally committed to amend laws that gives discretionary powers to judges on the imposition of the death penalty and to expedite the implementation of a moratorium on all executions. 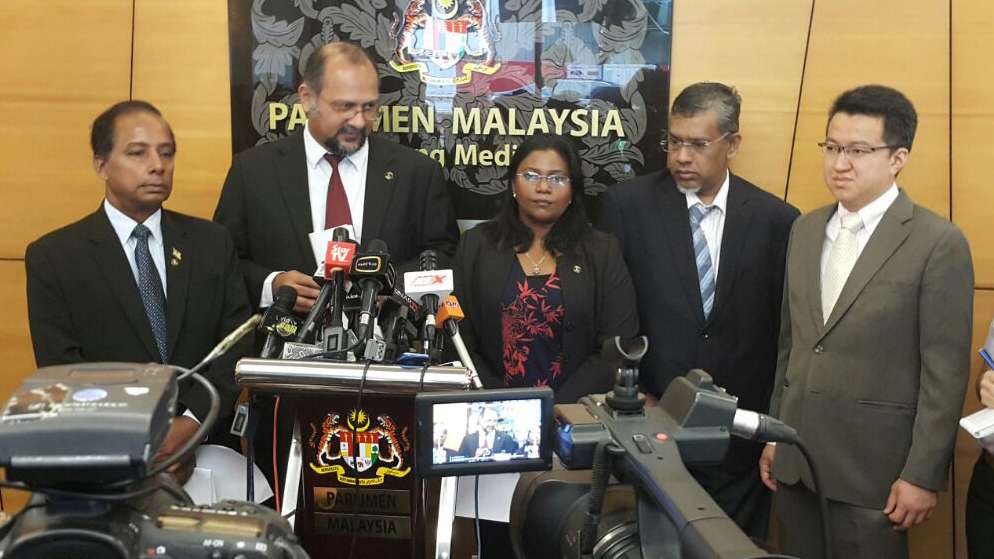 The 2017 Budget speech, once again saw Members of Parliament in the House reminding the government on its pledge to abolish the mandatory death penalty by amending the existing laws or to draft a new bill to grant discretionary powers to the courts, as well as on the urgency for a moratorium on all pending executions in the country.

The Minister in the Prime Minister’s Department Dato Azalina stated that the government is conducting a comprehensive study on the death penalty, which includes taking into account the proposal that judges be given the discretion to impose the death penalty as well to implement a moratorium on all executions pending an amendment to the law.

Given the age-old retentionist stand by the government on this matter, this move by the Minister in the Prime Minister’s Department comes as a positive development because after such a long time and through constant pressure from various elected representatives, NGOs and the general public, the government is beginning to give some attention to the abolition of the death penalty and future ligislative amendments.

Pending a review by the Attorney General’s Chambers, we as Parliamentarians, urge the federal government to impose a moratorium on all death sentences, as there are no legal provisions that fixes a date on executions from the time the court metes the decision. This is particularly crucial in cases of young offenders or drug mules found guilty under Section 39B of the Dangerous Drugs Act 1952.

According to the Minister in the Prime Minister’s Department, the proposed moratorium would be brought to the Cabinet as soon as possible and this is a big step in the right direction to preserve humanity, compassion and the rule of law. As a sovereign nation, it is right and just to halt all executions pending an amendment in the law on the death penalty.

This should be the best platform for Malaysia to project its sincerity and determination to fix the erosion of human rights as well as to improve the nations reputation as a defender of human rights by making periodic and speedy amendments to laws on the death penalty.

The government is finally committed to amend laws that gives discretionary powers to judges on the imposition of the death penalty and to expedite the implementation of a moratorium on all executions.

(Media statement by Members of Parliament from the Democratic Action Party (DAP) and Parti Amanah Negara (AMANAH) on Thursday, November 3, 2016 in the Malaysian Parliament, Kuala Lumpur.)

SPEECH BY MINISTER IN THE PRIME MINISTER’S DEPARTMENT

For the information of all MPs, the Government is conducting a comprehensive study on the death penalty, including taking into account the proposal that judges be given discretionary powers to impose the death penalty.

The scope of the study is not only focused on the abolition of the mandatory death penalty but also the choice between the death penalty or life imprisonment.

The decision on the implementation of the death penalty in this country, either be repealed or maintained, is a policy matter to be decided by the government based on the results of the study.

On August 17, 2016 a memorandum was brought to the Cabinet on the studies conducted and the Cabinet decided that the Attorney General’s Chambers to conduct a further study on the matter. Therefore, after the study is completed it will be brought back to the Cabinet for further consideration.

For the record, I also chaired a Committee meeting to discuss the implementation of the death penalty in Malaysia on 5 September 2016. The meeting included academics, representatives of the Bar Council, SUHAKAM (National Human Rights Institution) representatives, representatives of NGOs such as Amnesty International, representatives of the opposition and the Attorney General’s Chambers as well as government agencies and other related parties. I congratulate the MP for Ipoh Barat who attended this meeting and for providing useful input. He has also long contributed his views on this matter with the former Law Minister Minister Dato’ Seri Mohamed Nazri Abdul Aziz who had moved this agenda since some time back. This is what we want, a collaboration between all parties in this matter or any matter for the benefit of the people.

The Prime Minister himself has expressed his concern on this matter, particularly against young offenders or drug mules under Section 39B of the Dangerous Drugs Act 1952.

Previous PostDAP Johor in 2017
Next PostHow economic disparity fueled Trump’s rise, and what this means for Malaysia