How economic disparity fueled Trump’s rise, and what this means for Malaysia 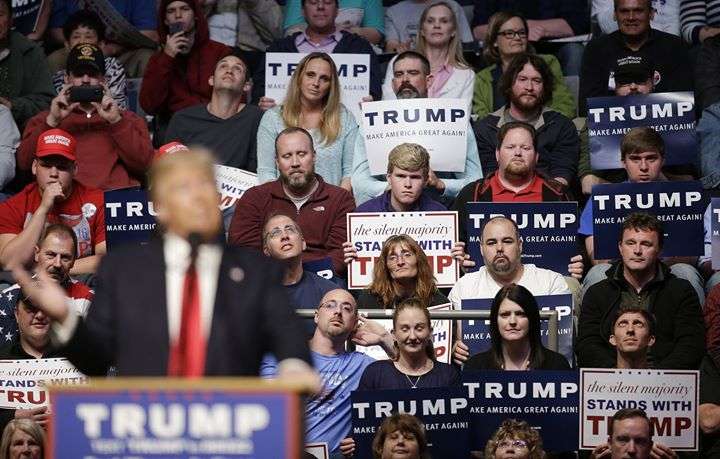 The election of Donald Trump as the 45th President of the United States is probably the most important watershed event globally since the fall of the Berlin Wall in 1989.

What lessons we draw from this election matters. Did Trump win by stroking racial sentiments and being a populist? Or there are deeper causes of his rise, and is his election the consequence of a collective repudiation of an outdated status quo?

Trump’s election was a clear political revolution against the establishment (i.e. the political elite, Wall Street, the media) and revealed the true depths of economic disgruntlement that many ordinary Americans bear.

Although Trump’s election will have a far-reaching impact on US politics, international relations and the global economy, the US President does not hold absolute power. The in-built Constitutional guarantee of limited government provides various democratic processes and decentralisation tools which would curb Trump from whatever unorthodox political shenanigans he may be capable of personally.

The last time the US had a political revolution was in 2008 when Barack Obama rode the tide of economic insecurity and anti-establisment sentiment to a historic victory, but his administration turned out to be one that embraced neo liberal globalisation (rescuing the banks that caused the Global Financial Crisis, promoting free trade which hurt American workers) – unfortunately for many who had hoped for an economic turnaround.

American workers who had voted for Obama seeking solutions to the Global Financial Crisis were left in despair while Obama’s tenure continued to favor Wall Street, bail out banks, and did little to rewrite the economic playbook. Meanwhile, many hardworking Americans lost their jobs and houses, countless others struggled to make ends meet.

Millions of disaffected Americans who once saw Obama as their potential “savior” in 2008, quickly blamed his lack of reforms and now see him as the establishment, while Hillary became regarded as a symbol of Wall Street. Economically estranged Americans harboured a winter of discontent that eventually grew into the great anti-establishment wave of 2016.

I would argue that had Bernie Sanders been the Democratic Presidential candidate instead of Clinton, Trump might not have won. Or, if Hillary’s running mate had been Elizabeth Warren, perhaps we might have seen a different outcome.

Why do I think Sanders would have made a stronger candidate? Sanders and Trump both received strong support from non-college educated white males. Hence, in a Sanders vs Trump contest, Trump would not have been the sole beneficiary of this voter group. Also, Sanders could have had a unifying effect of the Democrat alliance of minorities, females, and millennials, at least more so than Clinton.

Trump’s rise comes at a time where the world faces unprecedented resurgence of populism and radicalism, as evidenced by far-left or far-right parties winning power in Europe and the Brexit referendum. Be that as it may, American voters were not only rejecting the establishment when they voted for Trump, they were also rebelling against the economic model of the past 30 years that had brought them great misery. Here’s how it happened.

Firstly, the neoliberal economic agenda became entrenched in the Thatcher and Reagan eras following their rise to power in 1979 and 1981 respectively. Fueled by signature policies such as tax cuts for the rich, government downsizing, privatization, cutting social welfare, oppression of workers’ rights;  it aided the rich to become richer while the poor got poorer, and the middle class all but disappeared.

Second, since the fall of the Berlin Wall in 1989 and the collapse of the Soviet-led communist system, capitalism has become the undisputed status quo. Without having to worry about communism infiltrating the working class and peasants, capitalists could wholeheartedly focus on profit-chasing, further widening the gulf between the haves and have-nots.

Third, there was a paradox of neoliberal globalization with trade as the main axis. Globally, a trend emerged of migration from poor to rich countries, while at the same time businesses in rich countries began to move their operations to developing countries.

At the same time, since 1989, Eastern Europe had virtually become a “factory” for Western Europe; India liberalised its economy in 1991; China became the world’s factory after Deng Xiaoping’s southern tour in 1992, and especially after it joined the World Trade Organisation in 2001.

Wealthy first world nations saw tremendous flow of foreign migrant workers seeking employment, yet across the board their national industries were moving operations to developing countries. As a result there was unprecedented competition for jobs among the lower wage-earning classes, a recipe that led us to where we are today.

Trump’s election spells the end of the neoliberal global economic model. Malaysia, which has been export-oriented since the early 1970s, must seriously reconsider its future.

It is worth taking note of how Trump’s agenda clearly differed from that of Sanders, Clinton, and other factions in the Republican Party. He had stressed on infrastructure spending and the employment opportunities arising from it. This message resonated strongly with the American public.

Where the Republican Tea Party and other factions mostly focused on tax cuts and downsizing government budget and services, Trump’s singling out jobs as his key agenda was a masterstroke in drawing support from the depressed lower and middle classes who had been shut out of US economic growth for a long period. It was music to their ears, and ultimately it translated into votes.

Make no mistake, at the core, Trump was elected on massive anti-establisment uprising and an economic agenda centred around jobs.

One more point for Malaysians to take note: this election demonstrated the significance of “social alliances”, as opposed to political alliances. Trump owes his victory to the combined strength of two unlikely groups: the Republican tea party, and white non-college educated males. The latter group had been staunchly on the Democratic ticket since Roosevelt’s time, but upon being direct victims of globalisation and forgotten by the Democrats, changed their allegiance.

In the Malaysian context, if we want to break the stronghold of UMNO/BN rule, we need to think about how to create a “social alliance” of these two groups: non-Malay voters who had supported the opposition since 2008, and lower middle income Malay voters.

Previous PostThe government is finally committed to amend laws that gives discretionary powers to judges on the imposition of the death penalty and to expedite the implementation of a moratorium on all executions.
Next PostTime for a paradigm shift