Khaled Nordin the Merchant of Fear 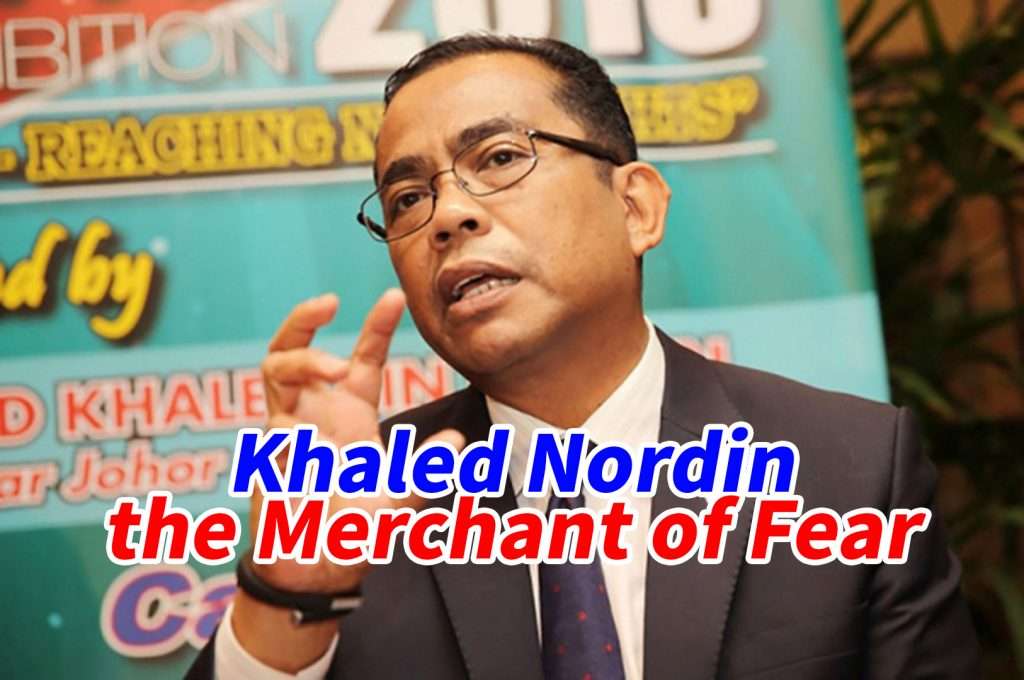 Johor Menteri Besar Khaled Nordin’s speech at the State Assembly yesterday was a telltale sign of our times: that even the more studious Khaled Nordin is now desperately launching racial attack against DAP, suggesting that the DAP fights for only Chinese and ignores the political aspirations of the Malays and Indians.

These are of course baseless allegations which were rebuted by Opposition Leader Gan Peck Cheng and other DAP representatives in the State Assembly and at the Press Conference immediately after Khaled’s speech.

But what was Khaled’s objective?

Khaled wants to paint the DAP as a bogeyman unworthy of anything and hence “should not exist in Johor”, and, in the process, imply that any party that works with DAP is unworthy of support from voters.

By focusing his entire speech at DAP with baseless allegations and racial arguments, Khaled is trying to prevent the emergence of a new grand coalition in Johor, especially the realignment between the Pakatan Harapan parties and Parti Pribumi Bersatu Malaysia (PPBM).

Just a week ago, Khaled told UMNO members that

“The coming general election will be the most stiff and will determine Umno’s survival, or death, and we have to defend the party, more so now, where we are being faced with continuous challenges.

“Umno is today being criticised and laughed at, and those who attack us are not our traditional political enemies, but people who used to be with us, be part of us, lead us and know how we move, operate and think,” Khaled said when opening the Johor Umno veterans annual conference here today.

Khaled was right. UMNO Johor is in danger of losing power in the next general election. Sadly, Khaled’s UMNO has nothing concrete and nothing new in terms of policies to offer Johoreans anymore. Like all UMNO leaders elsewhere, Khaled is now a merchant of fear by painting DAP as the bogeyman in the hope that voters would not support the opposition parties.

Such elementary and almost childish tactics will not succeed in the face of a “gelombang” from voters to replace UMNO.