The battlelines: fear vs hope; race politics vs the rise of the 99% 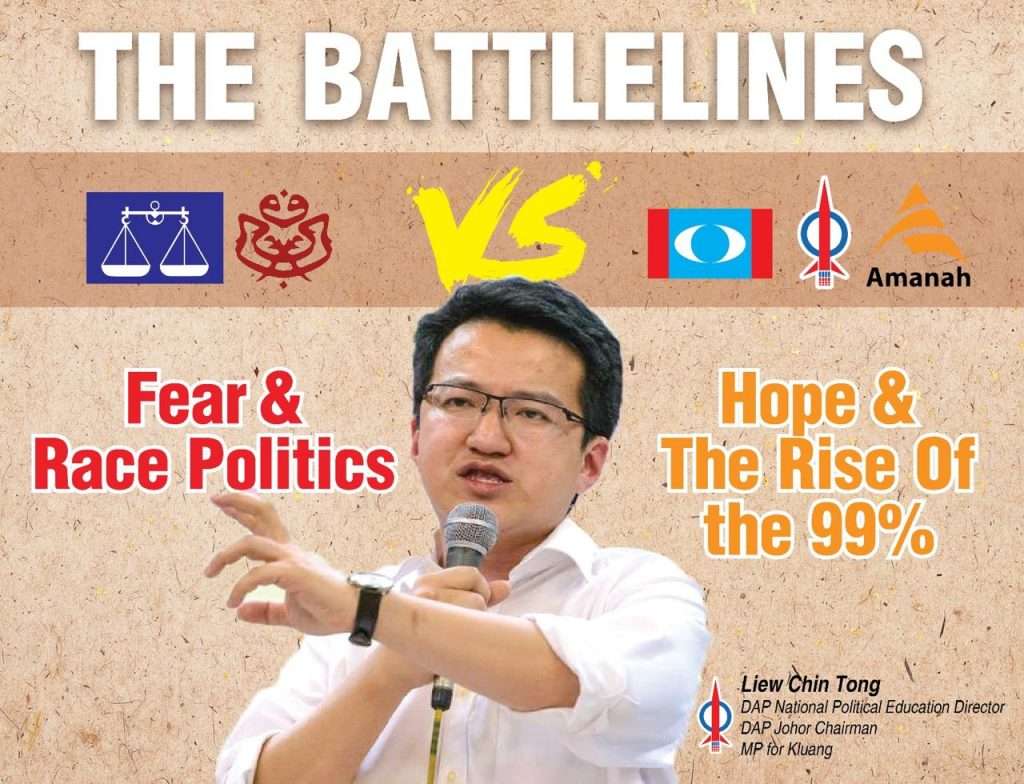 The next General Election will see starkly opposing battle cries presented by UMNO and the Opposition: UMNO uses fear as its theme while the Opposition creates hope; UMNO plays the race card, the Opposition speaks for the 99%.

Despite being very long-winded, the speech by Prime Minister Dato’ Sri Najib Razak at the UMNO general assembly had only three themes:

The framing is clear: Najib invoked the fear of the unknown, the fear of DAP, and the fear of the non-Malays, in order to call on UMNO members to rally around his leadership and “fight till the last drop of blood (kami berjanji akan berjuang bermati-matian hingga ke titisan darah yang terakhir, biarpun nyawa kami ditukar ganti).” Hardly the language of a leader of a purported democracy.

Najib avoided four core issues that are of great concern to millions of ordinary Malaysians, especially ordinary Malays: the Goods and Services Tax (GST), 1MDB, the sharp decline of the ringgit’s value, and the higher cost of living.

When incomes do not rise, GST effectively eats into the disposable income of ordinary Malaysians. The 1MDB global scandal has eroded confidence in the Malaysian economy and institutions, and is partly responsible for the dismal performance of the ringgit vis-à-vis other currencies. The higher cost of living is a result of subsidy rationalisation, the falling ringgit, and clumsy implementation of the GST.

When ordinary Malaysians see their disposable income fall, consumer confidence declines, followed by a confidence crisis of businesses. Malaysia is slowly entering into a long decline and, possibly, a crisis.

Ordinary Malaysians – the 99% – are not faring well these days. But Najib has no answer to these questions. He couldn’t be bothered. Najib is framing a racial battlecry based on fear and to hijack the future of UMNO and her members to save his own position.

Moving forward, we can expect more racially driven messages by the Najib Government.

For all Malaysians who aspire to see the end of Najib’s kleptocracy, including UNMO members who disagree with Najib, we should start framing the next election not as one between an UMNO-led or DAP-led government, or Malays vs Chinese, but between the 1% of Najib’s cronies and the 99% of ordinary Malaysians.

To save Malaysia and for hope to triumph over fear, the 99% has to rise.