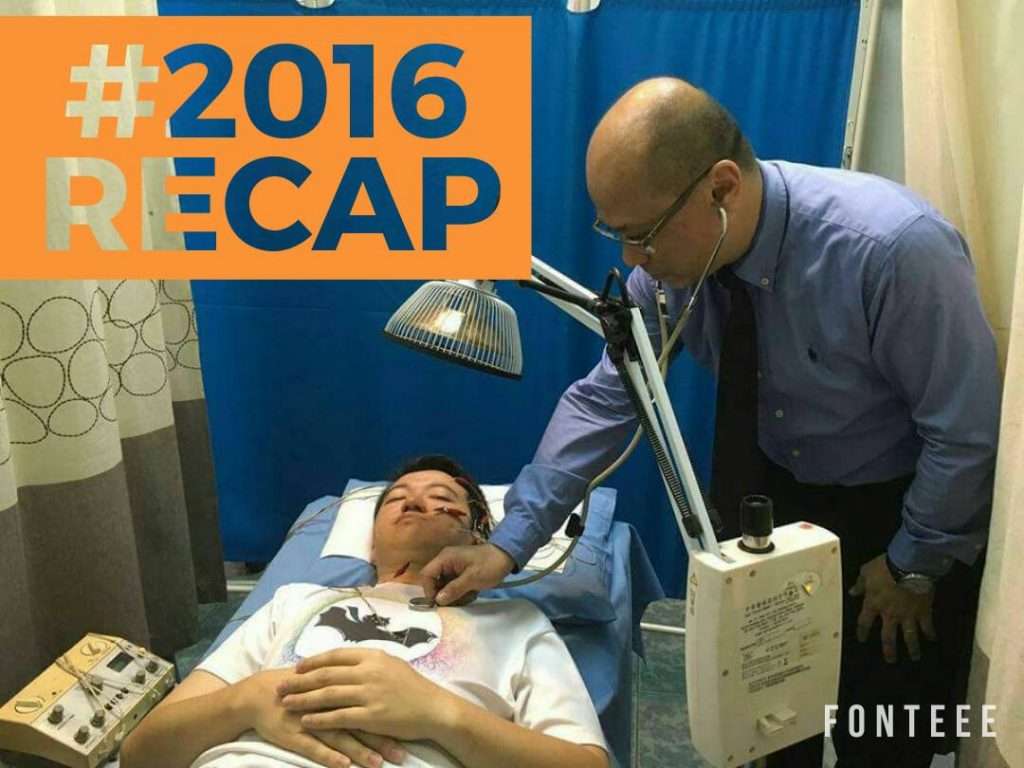 In December 2015, I planned a packed schedule for the first three months of 2016. But when I woke up on 7th January, my left face was numb and the muscles could not move.

I was diagnosed with Bell’s palsy, a temporary facial nerve paralysis. I couldn’t talk or smile. All at once, it seemed as though my world stopped moving. For the next two months, my daily routine was either the hospital’s physiotherapy centre or accupuncture clinic. I worried that I would never look the same again, as one’s face could be permanently distorted by this. Thankfully, my fears were unfounded. I have since recovered.

The blessing in disguise was that it wasn’t something worse. The illness reminded me that I am just another mere mortal who needs rest and exercise and can’t go on working non stop. However pressing a matter, however important my role as a political leader, the humbling fact is, without health, nothing moves.

I thank my constituents for being patient with me, my family, friends and staff for their love and care.

I joined the DAP in December 1999, shortly after its iconic leaders Lim Kit Siang and Karpal Singh lost their seats in the general election. The party was at its lowest ebb.

I could not have expected DAP to rise to where it stands today. In the past 50 years, DAP has transformed itself from a “permanent opposition party” into one that participates in state governments and is a partner in the national alternative governing coalition.

But we must not rest on our laurels.

We must join hands with partners to articulate a new deal for all Malaysians and create a new Malaysia.

DAP must become more inclusive in order to lead in the next century. We must articulate decent policies that offer new hope for a good life for all segments of society.

In a nation divided by race and religion, it is important to remember that we share a common past, and it is up to us to build a common future that elevates our shared fate. Old society barriers must be transcended, we must see the human needs of all Malaysians.

I was banned from entering Sarawak upon arrival in Sibu airport on 16th April. I had boarded the flight expecting to spend a week campaigning, but was instead sent back in the same flight.

Not only me, but over 30 opposition leaders and civil society activists were barred from the state during the run-up to the campaign.

It was an abuse of state powers by the BN government, but our campaign was still able to run smoothly. They did not realise that besides those leaders targeted due to their involvement in the previous state election, we had already groomed others to run the campaign.

It was time for new leaders, new teams and new strategies to emerge. We fielded more native candidates than ever before.

We changed our methods of reaching out. Together with other deported leaders, I spoke to audiences in Sibu, Kuching, Miri, Sarikei, and many other towns via live telecast.

The election results on 7th May were not what we hoped for. But nonetheless we will soldier on.

I have never visited China, until this year. Many were surprised when I told them this. While I was recuperating from Bell’s Palsy, my friend Professor Woo Wing-Thye urged me to join him for a conference tour in China.

It is a good time to deepen our knowledge of China’s political, economic and diplomatic role. The China factor became more salient for Malaysia in the second half of 2016 as a result of the South China Sea debate, Najib’s visit to Beijing, China’s increased investment in Malaysia and the beginning of the Trump era.

Recap #5. A home for books, a hub for knowledge

Since young, I loved to read. I used to spend my allowance buying books and have accumulated a sizeable collection of books over the past two decades on topics of interest in various fields.

Instead of keeping the books in my private library, together with the help of some interested parties, we created the Library For Social Democracy as a free public library for members of the public who are keen to learn more about politics, economics, and other topics of public interest.

In October this year, the library was officially launched by DAP Parliamentary Leader Lim Kit Siang. In his speech during the opening ceremony, Sdr Lim mentioned that “libraries are often described as a yardstick of success of a civilization”.

The Library’s architect, Tey Tat Sing, also shared his vision of transforming the library’s surroundings into a more humane, connected, integrated and holistic living spaces with a “soul”. It is my hope that the Library can lead the urban rejuvenation of Pudu not only in terms of space but also intellectually.

The Library opening hours are 9am to 4pm on weekdays and 10am to 3pm on weekends. Do drop by for a visit!

BERSIH was formed by some of us in the lobby of Parliament on 23 November 2006. Together with a few other founding members, I ran the secretariat for the first BERSIH committee between 2006 and 2008.

We were a shoestring organisation, campaigning to raise awareness about electoral reform, then an obscure topic that hardly anyone paid attention to.

No one foresaw the huge impact BERSIH would go on to make on Malaysian politics in the decade to follow. In the subsequent 4 rallies, the movement has grown and acquired a life of its own. It has galvanized Malaysian civil society.

During Bersih 4, at least 1% of Malaysia’s population showed up. This year, Bersih 5 was organised in the wake of the DOJ lawsuit for 1MDB. Against all odds, tens of thousands turned up on 19th November to make their voices heard.

I first proposed for Malaysia to have a second chamber in Parliament to allow MPs to raise constitutency issues and not take up the time for the main chamber back in 2008 when I was first elected.

It was great to see the proposal coming to fruition this year.

Of the many issues we championed in Kluang this year, our campaign against illegal gambling machines had the widest impact. These slot machines are a serious social problem in semi-urban towns like Kluang where there are not much entertainment options.

Our team went undercover to survey all the slot machine outlets in Kluang. With the help of public information, we created a “Pokemon Go” style map pinpointing the locations.

Acting on our tipoff, police enforced action against the illegal gambling centres in Johor and other states. We hope that such gambling dens will not be revived after a few months.

At the Johor DAP State Committee meeting on 29th May 2016, I told DAP state leaders that there was a possibility of separate state elections in Sabah and Johor.

At the opening of DAP Johor state-level election training workshop on 13th August 2016, I spoke publicly for the first time of the possibility of a separate state election.

We cannot rule out the possibility of UMNO Johor calling snap state polls to limit the damage from Najib’s waning reputation, and to prevent Bersatu from gaining traction.

A mainstream newspaper later confirmed that UMNO Johor was mulling the idea of a separate state election.

Johor politics is in for interesting times and we in the Opposition will do our best in winning the hearts and minds of Johor voters. And, as we are all aware, winning Johor is crucial for the battle of Putrajaya.

True enough, today we have Amanah and Bersatu. The question for next year is: how to work together to create a viable alternative government worthy of voters’ mandate? Proving ourselves worthy of support in the next GE is a challenge we will have to overcome in 2017.

Previous PostBR1M is no substitute for holistic economic policies for the bottom 60%
Next PostInvestments from China: Malaysia can afford to be – and should be – choosy