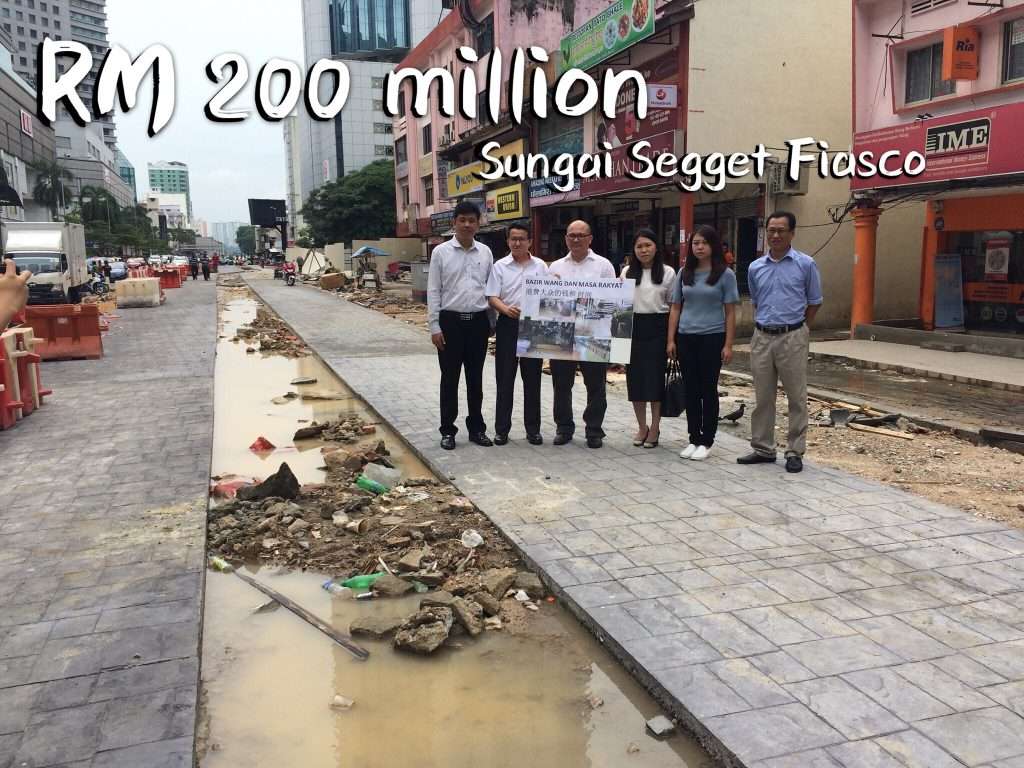 It is the worst way to usher in a new year and it is totally unacceptable.

3. “I made this statement (that I will solve the flood problem) bcoz IRDA assurance. They even promised MB Johor project will be completed latest by 1 Jan 2017. Today flooded AGAIN.”

I share Jazlan’s frustrations. Tens of thousands of Johor Bahru residents, commuters and owners are deeply frustrated as well.

IRDA is a federal entity formed to promote the Iskadar region a decade ago but in essense it is an organisation with overpaid staff doing very little except trying to do local authorities’ work, such as upgrading Sungai Segget, a project which failed miserably.

Senior staff of IRDA are paid at least three times more than MBJB’s senior officers but they are doing more or less the same thing.

I am against federal encoachment into what should be State and local authorities’ work and this is the perfect example to show why IRDA is an unnecesary duplication of roles which we don’t need.

In view of the latest flood, MB Khaled and Johor State Government should immediately sack IRDA from the Sungai Segget project and fine IRDA if an investigation confirms negligence and irresponsible acts.

While I agree with Jazlan, I would also like to remind Jazlan that Barisan Nasional is responsible to run the Federal Government, IRDA, Johor Government and MBJB. In other words, left hand and right hand are all from the same government.

There should be a limit to left hand blaming right hand. Someone must say “the bucks stop here” and make an immediate and firm decision. That person is the Menteri Besar of Johor.

Therefore, there is no way for Barisan Nasional to run away from responsibility for this issue.