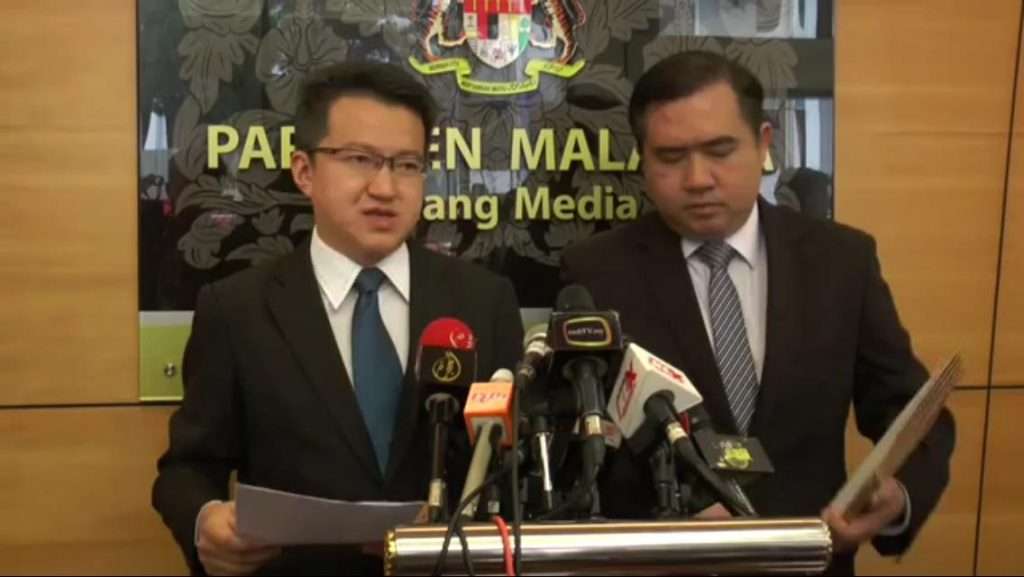 We are disappointed with the announcement by Deputy Finance Minister Lee Chee Leong that the Special Draws on Tuesdays will be continued indefinitely “due to many factors”, which Lee did not specify.
On 18th October 2016, we presented our views on the issue to Second Finance Minister Datuk Johari Abdul Ghani in Parliament and explained to him the background of the Special Draws on Tuesdays. We urged him to exercise his powers as Second Finance Minister to abolish the practice.
Gambling firms Magnum, Sports Toto and Da Ma Cai are licenced to draws on Wednesdays, Saturdays and Sundays each week.
Since the Nipah virus epidemic in 1999, the Finance Ministry allowed for Special Draws on certain Tuesdays with the proceeds to be collected by the Government.
We have been campaigning for the end of the Special Draws on Tuesdays since our election to Parliament in 2008.
The Malaysian economy is in need of more domestic consumption to sustain fragile growth. Gambling is a practice that will deplete the disposable income of lower income families.
Hence, the practice is a burden on ordinary Malaysians and affects the disposable income of the lower income group disproportionately, and bad for the overall economy.
The Government should not be dependent on such proceeds for its coffers.
We also call on the government to exercise transparency in revealing exactly where the proceeds of the Special Draws will go to, as they have claimed that it will be channeled towards corporate social responsibility (CSR) type of projects.
The decision to keep the Special Draws on Tuesdays is a huge disappointment.
Loke Siew Fook and Liew Chin Tong

Previous PostMCA is a confused party and Wee Ka Siong is terribly confused about his role as a minister
Next PostIs MCA afraid that Malaysians will be upset with its role as the agent for China’s interest in Malaysia?