Is MCA afraid that Malaysians will be upset with its role as the agent for China’s interest in Malaysia? 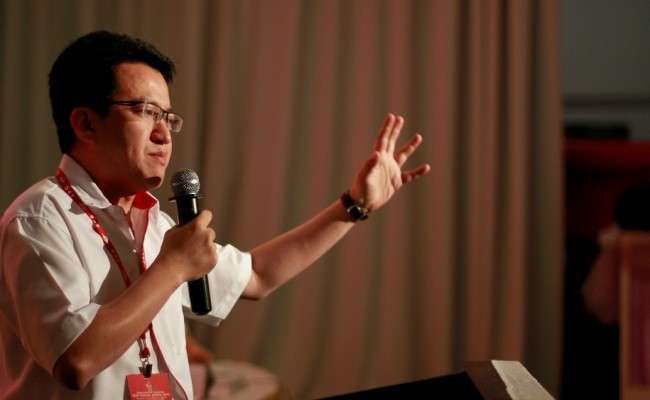 MCA is in panic mode. The Chinese party that had failed to win Chinese Malaysian votes in the past two general elections is now under pressure to perform. Its big brother UMNO is demanding MCA to deliver the elusive Chinese votes.

Hence, it has resorted to the desperate act of vilifying the Opposition. This time I have become the target of MCA’s top leaders.

First, it was MCA President Datuk Seri Liow Tiong Lai. In his hyperbolic rant, as described by The Star under the headline “DAP did nothing for rakyat despite having 38 seats, says MCA president”, Liow claimed that I was instilling fear by my statement.

As quoted by The Star yesterday, he said I claimed that “locals may lose out to the Chinese investors and that the MCA has become rudderless and was a Chinese agent…This is despite knowing that the Malaysian government always puts the interest of locals first, such as when sourcing for materials although the project may be carried out by a foreigner”.

This is typical of MCA and BN leaders – ignoring the real issues by attacking the Opposition, and self-praising BN without providing the facts and figures.

I have explained that MCA should never act as an agent for China’s interests in Malaysia. By establishing a “MCA People’s Republic of China Committee” and a “MCA Belt and Road Initiative Centre”, MCA is doing just that. There are Ministries of Foreign Affairs and International Trade and Industry, as well as the entire machinery of the Government at the command of the ruling parties.

MCA’s role as a ruling party is to ensure that the Government agencies pursue its policies. It is not wrong for MCA to have party-to-party relationship with political parties in China but it is against the norm to have a Malaysian political party having an “MCA People’s Republic of China Affairs Committee”.

The Star yesterday quoted him as asking me to “wake up and see our efforts to help these SMEs regardless of race, to improve the Malaysian economy, from the smallest enterprise to those with an international foothold. And we don’t collect a single sen from them.”

Wee also said: “Instead of questioning the Barisan Nasional government’s efforts and chiding us on everything we do, DAP must instead show how it plans to bring long-term investments to benefit Malaysia.”

Again, this is the same style repeated over and over again – asking the Opposition to show our plans which we had openly offered during Parliamentary sessions as well as in the form of our alternative Budgets.

However for the benefit of Wee and his boss, let me reiterate my points. What small and medium industries (SMEs) in Malaysia need is political will from the Government to help them to upgrade, add value and move up the technological ladder.

In order to make the best out of foreign investments for Malaysia, especially SMEs, foreign investors should be required to procure as much as possible locally and not import all materials from their home country. Such a policy would also ensure Malaysia’s currency is not weakened further.

To help Malaysian workers, the Government should also require foreign investors to hire as many locals as possible.

These are the tasks for a governing party like MCA and its ministers such as Wee Ka Siong, who is Minister in Prime Minister’s Department responsible for SMEs.

The majority of Malaysians of all ethnic backgrounds, ethnic Chinese included, know that we are Malaysians first. We also know full well whether the investors are from China, India or Indonesia, they are foreign investors.

My question for Liow and Wee is: are you attacking me because you are afraid that my message, including asking MCA to stop being the agent for China’s interests in Malaysia, will spread among Malaysians? And they will soon agree with me that it is just plain ridiculous for MCA to act on behalf of China?

It is time for MCA to be mature and to know its actual role as a governing party before it is relegated to the Opposition bench.