Pig-bristle brushes: Why we must fight irrational siege mentality 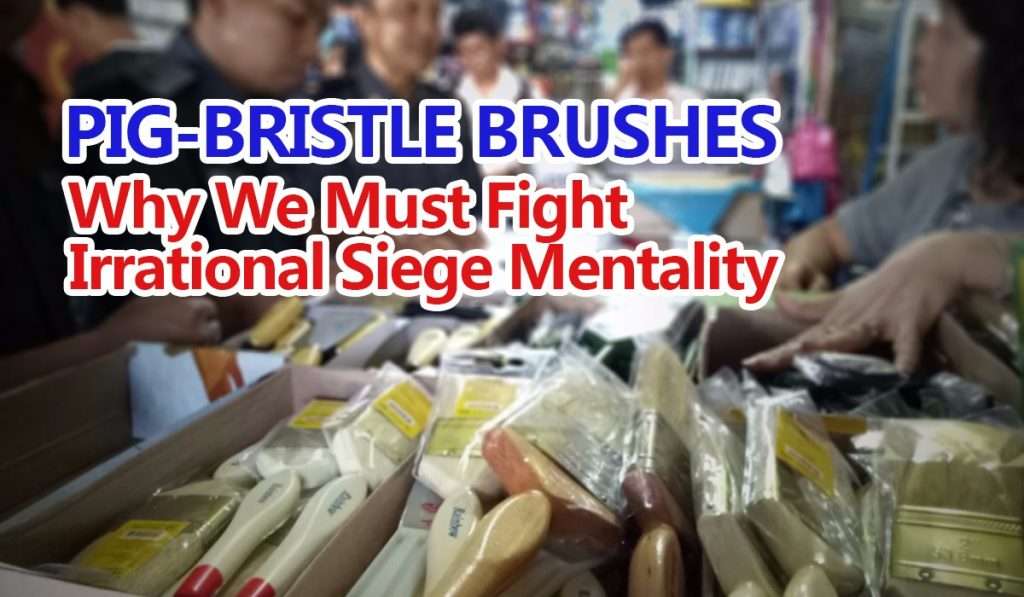 When Domestic Trade, Cooperatives and Consumerism Ministry officers raided hardware stores nationwide in past few days to confiscate paintbrushes made from pig bristles, it caused angry, emotional outburst among Malaysians.

I want to ask this simple question: Whenever this kind of issue is blown up by the media, who benefits?

Speaking as Malaysian, I know that Muslims care about halal food. Most non-Muslims understand this, too. However when paintbrushes, shoes, jackets and other things are also included in the category of halal, non-Muslims are wondering whether this is real or merely a justification for discrimination.

Many non-Malay small-time business owners are fearful of the authorities. Many of them are law abiding citizens, and many are struggling to make ends meet. Of course they are upset if they see rules and laws relating to Islam are forced upon them.

Now in the eyes of Berita Harian, the paintbrushes crackdown has made the ministry “champion and protector of Islam” against “unscrupulous non-Malays businesses”. At the same time the small businesses and most non-Malays fumed after the issue being played up on the front page of major Chinese dailies. Muslims and non-Muslims are seemingly being pitted against at each other.

This is not the first time such a situation arises. The recent “halal cake” controversy involving McDonald’s and Malaysian Islamic Development Department (Jakim) had already caused animosity between Muslims and non-Muslims.

For me, this is not a religious issue. Therefore Muslims and non-Muslims should refrain from attacking each other.

2017 is the year Malaysians live dangerously as we enter into election cycle with Prime Minister Najib Razak burdened with multiple scandals and not having the legitimacy to rule. The more divided the society, the better it is for the status quo to remain in power.

There will be more such invented crises aimed at instilling fear among Muslims of threats to their daily life such as observing halal practices. There will also provocation of Islamophobia among non-Muslims. These issues affect all of us Malaysians regardless of race and religion, emotionally and psychologically.

It is crucial for Muslims to see that most non-Muslims have no ill intention against them, and for non-Muslims to realise that harsh actions by the authorities do not reflect the general sentiment of Muslims towards non-Muslims. Generalisation could lead to prejudice and racism.

Together, we must fight siege mentality especially in time of the broad political crisis that sees the government profiting from a divided society.