Will UMNO become an opposition party? 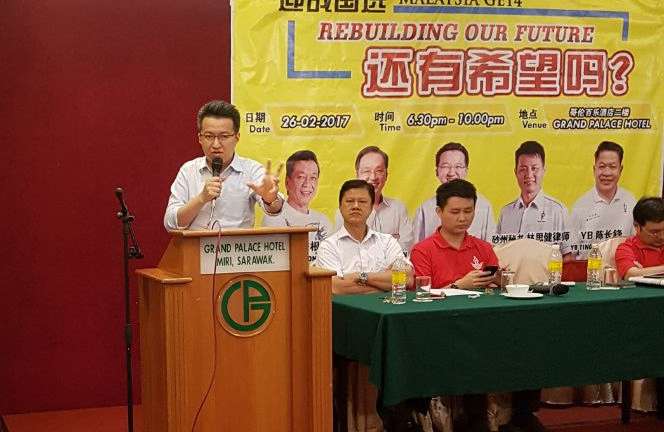 Will UMNO become an opposition party?

One question Sarawakians often asked me is whether UMNO will come to Sarawak to take over the state government, and rule it the way it does in Sabah since 1994. The worry is real since Abang Johari Openg, a close friend of UMNO, is now at helm as Sarawak’s Chief Minister.

To answer my Sarawakian friends, I would like to ask these two questions: will UMNO survive the next general election or be relegated to become the new opposition?

Conventional wisdom assumes that UMNO is invincible and would never be defeated. After being in power for more than 60 years, it would take an overwhelming groundswell to dislodge UMNO from the seat of powers. Yet another political tsunami is not something far-fetched as we have seen it before in 2008 and 2013.

First, since independence till the 2004 general election, UMNO ruled through an extended coalition of Alliance/Barisan Nasional, and governed with a substantial support from the non-Malays. But the comfort of buffers formed by BN component parties in Peninsula eclipsed since UMNO made a right turn – becoming more visible in its claim of Malay supremacy – in July 2005, which caused massive defeats of MCA, MIC and Gerakan in both the 2008 and 2013 general elections.

Second, as UMNO is incapable of expanding its support base since 2013, collaborating with PAS becomes an attractive option. UMNO hopes that by colluding with PAS to divide the society into a battle between Muslims and non-Muslims, the UMNO-PAS de facto alliance would win enough seats between them to form the next government. However, as an unintended consequence, such a move further alienates non-Malay voters in the Peninsula, as well as majority of voters in Sabah and Sarawak.

Third, while Prime Minister Najib Razak managed to command more support among Malay voters than UMNO the party in the 2013 election, he is now a burden to UMNO due to the 1MDB mega scandal and unpopular economic policies such as GST, fuel hike and cuts to basic amenities like health and education. Angry UMNO leaders and members have formed Bersatu, and the new Malay party is making inroads to areas previously inaccessible to the Opposition.

In short, UMNO under Najib is on a narrowing path with a much smaller base than ever.

For instance, there are at least 11 Barisan Nasional parliamentary seats in Johor, where I come from, that are up for grab if there is a swing in the favour of the Opposition.

According to ground reports, the Opposition (especially with the entry of Bersatu) has made an impact in the seats of Langkawi and Kubang Pasu as well, making Kedah a major battle ground state which can tilt the balance of 10 federal seats if a swing is in the favour of the Opposition.

Of UMNO’s 88 seats, 14 are in Sabah, 1 in Labuan, the remaining 73 are in the Peninsula. Of the 73 Peninsula seats, 30 of them are more or less “built and designed” for UMNO that it is unlikely to lose even in the worst case scenario for the party. But the remaining seats are open battle fields.

While Pakatan Harapan-Bersatu has to be prepared to face a well-coordinated UMNO-PAS-Barisan Nasional campaign, the possibility of UMNO bocoming the new opposition, winning just 30-40 Peninsula seats, is not impossible either.

It is in such context that the GE14 is set.