If the economy is good, why do our GLCs/GLICs vote with their feet? 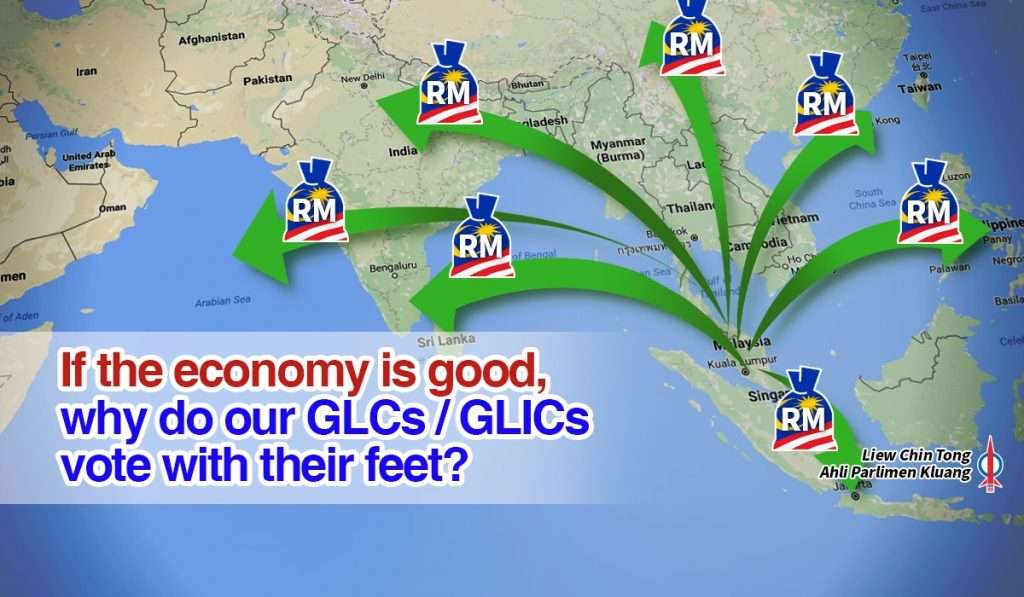 If you tell the truth about the Malaysian economy, the Barisan Nasional government will be very upset. Prime Minister Najib Razak has criticised the Opposition for allegedly spreading lies about the economy. His Members of Parliament sing praises about the economy during the current parliamentary debate session.

However, despite citing indexes and forecasts, none of them addressed serious structural issues that have been plaguing our economy.

To prove my point, here are the facts. Employees Provident Fund (EPF) Chief Executive Officer Datuk Shahril Ridza was reported to have said recently that the EPF is looking for global investment opportunities to counterbalance the impact of lower returns from the local equity market.

Another proof is that in July 2015, Khazanah announced that 44 percent of its investment portfolio constituted foreign assets. There were hardly any overseas investments a decade earlier.
In fact, Prime Minister Najib acknowledged in September 2015 that Malaysia was a net exporter of capital with Malaysian direct investment overseas exceeded foreign direct investment into Malaysia. Najib’s statement was the only time in recent years that he admitted the Malaysian economy was facing serious challenges. He was urging the GLCs/GLICs to bring back their revenue and invest in Malaysia.

We have to tell the truth to the people about the economy. No one should blame the EPF, Khazanah and other GLICs/GLCs for investing heavily overseas. They had to do it because the returns for local investments are poor, and these agencies have to deliver dividends and profits as part of their KPIs.
So what do we do now? For me, we must first accept the fact that the fundamental challenge to the Malaysian economy is that the economy is in the phase of a perpetual slow growth.

Why is this happening? This slow growth is due to the lack of confidence in the economic leadership of Najib’s government, and the non-existence of any forms of reforms.

To those MPs like Liang Teck Meng, please don’t waste your time persuading people that the economy is thriving. Malaysians know that the value of Ringgit is falling, the prices of goods and services are going up, the family budget is shrinking.
Start focusing on people’s needs. Stop accusing people of being negative when the government refuses to look at the structural issues.

It is time for Barisan Nasional to answer the question of economy in a more honest and candid manner. The Malaysian economy is indeed facing serious structural issues and these should not be swept under the carpet.