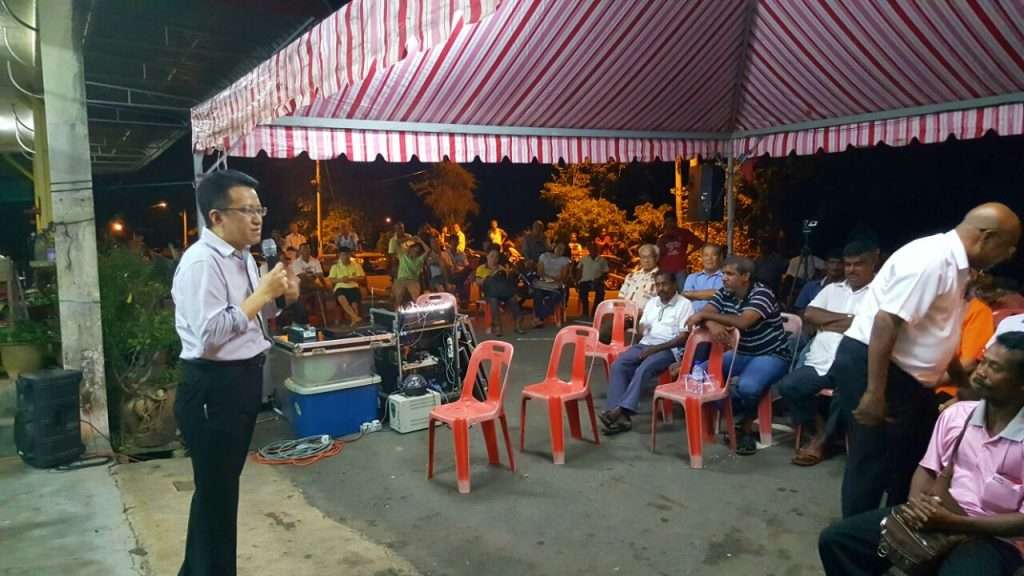 Prime Minister Najib Razak and Barisan Nasional won the May 2013 general election with only 47% of votes, thanks to the process of gerrymandering of constituencies, heavy use of money and abuse of government machineries for campaign purposes, and “planted” multi-cornered battles in Sabah and Sarawak.

In fact, in 16 other seats, Barisan Nasional won with a vote share of less than 50%.

However, it still means that BN would lose 93 of its 133 seats if there is a net swing of 10%, which is not impossible in a “gelombang” or a wave of voters’ swing, a scenario such as the one we witnessed in the 2008 general election.

Of course, based on the last election results, 56 of Opposition’s 89 seats could also go the other way if there is a net swing of 10%.

The people are unhappy with Najib and the Barisan Nasional government. Many surveys have proven that. Therefore, Najib knows that he can only win the coming general election by default, again.

However, in his grand scheme to win by default, Najib did not anticipate that:

It is in such context that we welcome Bersatu’s entry into Pakatan Harapan. Against all odds and despite Najib’s multi-pronged attempts to disintegrate the genuine Opposition coalition, Pakatan Harapan survives and thrives.

The challenge now is to further clarify the political scene to demarcate a clean line in the sand between those who support Najib’s kleptocracy, which included the current breed of PAS leadership, and those who vow to replace Najib’s kleptocracy with a new clean and fair government.

To move ahead, the reinvigorated Pakatan Harapan needs to set an agenda that resonates with ordinary Malaysians who are concerned about cost of living, corruption, and a better future for the next generation, and not fall prey to UMNO’s divisive racial and religious manipulations.

To bring about change, we must be prepared for change. We can’t be another Barisan Nasional that will manipulate the people based on racial and religious politics. We must rise above racism and politics of hate.

We need to agree and be clear that Pakatan Harapan must fulfill the hope of all Malaysians who want a secure economic future for their family and community. Malaysians want job security and economic opportunity, and stability without the confusion and anger caused by racial and religious politics.

If Pakatan Harapan, which now includes Bersatu, hits the right note with ordinary Malaysians and represents the Zeitgeist of our time, a gelombang will sweep UMNO-Barisan Nasional out of office in the upcoming general election.

– Speech by DAP Johor Chairman and MP for Kluang Liew Chin Tong on 25 March 2017 at Pakatan Harapan Ceramah at the Tenang Station, Labis. This statement is issued on 26 March 2017

Previous PostIf the economy is good, why do our GLCs/GLICs vote with their feet?
Next PostAbdul Rahman Dahlan a “madman in authority”