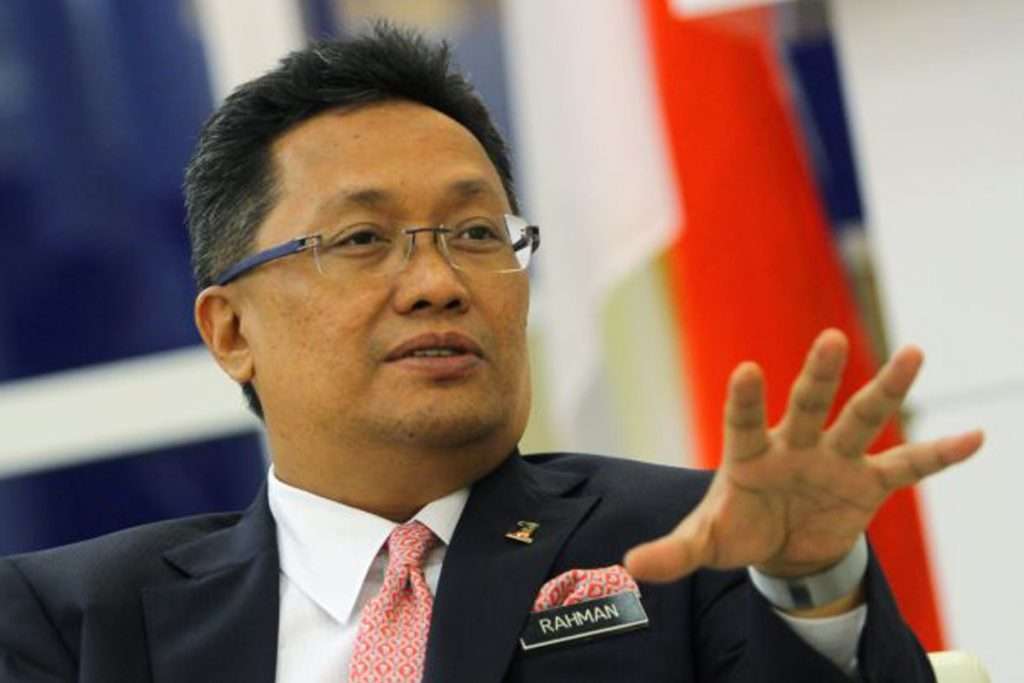 “Practical men who believe themselves to be quite exempt from any intellectual influence, are usually the slaves of some defunct economist. Madmen in authority, who hear voices in the air, are distilling their frenzy from some academic scribbler of a few years back”

The world is often destroyed by dangerous ideas of madmen. Rahman Dahlan is becoming one.

One of Rahman’s recent lines which he repeated frequently, and also repeated by his minions such as Simpang Renggam MP Liang Teck Meng, is that the Opposition has “sabotaged” the economy and must be “investigated by the National Security Council”.

On 12th March, New Straits Times reported that Rahman urged the National Security Council (NSC) to take action against so-called acts of sabotage to the economy, instead of looking only at terrorist attacks. According to the report, Rahman claimed that he has had “discussions”, though he did not say with who, about categorising “economic sabotage” as a threat to national security, citing as an example: “giving the impression that the country’s economic status is deplorable”.

“If there is a person who makes statements, such as EPF (Employees Provident Fund) is going bankrupt or the country cannot pay civil servants, then we should summon this person,” he was quoted as saying.

On 24th March, Rahman repeated his baseless allegation at a BN ceramah in Batu Pahat.

He is the most politicised EPU minister to date. The idea of wielding NSC laws on critics who have alternative views on the economy is a dangerous sign of an intolerant regime not prepared to engage in sound and informed debate.

Rahman is part of the Najib administration, and under this kleptocratic government, the elite are ruining the country’s economy.

The Malaysian economy is very good for kleptocrats to commit economic crime against the nation at a global scale, such as the 1MDB mega scandal, without getting caught and prosecuted at home, and still holding on to power.

The Malaysian economy is very good for UMNO top brass and their associates as they can access gifts, contracts and the government’s largess.

The Malaysian economy is very good for the top 1% of the population, as government policies are generally in favour of the super rich but squeezes the middle class and those below.

The Bank Negara Report 2016, released on 23rd March 2017, contains an important section on “Youth Unemployment in Malaysia: Development and Policy Considerations”, which I hope Rahman and all politicians read carefully.

The Report made the following observations:

The Bank Negara Report warned that “…the twin developments of persistent high youth unemployment and rising income inequality may constrain social mobility, and lead to increasing dissatisfaction among the populace.

In Malaysia, this has already contributed, in part, to brain drain – the flight of high-skilled talent to advance economies and neighbouring countries, in search of better jobs and pay. Left unattended, a generation of economically disenfranchised youth could have negative and far-reaching ramifications on the economic and social landscape.”

Those in power, particularly “madmen in authority” with no coherent economic ideas like Rahman Dahlan, have failed the next generation.

Is “madman in authority” Rahman going to call the Bank Negara Report an economic sabotage for calling out the government on its failure in its economic management in job creation and ensuring that we will not see a “lost generation”?

It is time for Rahman to engage in informed and civil debates about the Malaysian economy, and stop using the NSC law to threaten and silence legitimate critics.

I welcome any debate with Rahman on national television on whether the Malaysian economy under Barisan Nasional has failed the next generation. Hopefully he is brave enough to face legitimate critics like me, and not to hide behind the NSC law.