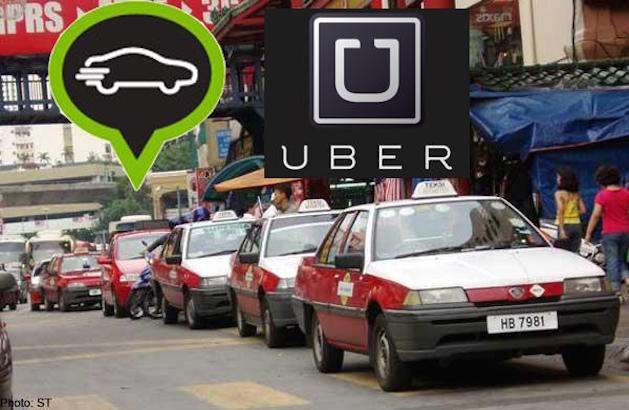 The Government has tabled an amendment Bill to the Land Public Transport Act 2010 and the Commercial Vehicle Licensing Board Act 1987 and wishes to get it passed by this session, either by today (5th April) or tomorrow (6th April).

I thank Minister in Prime Minister’s Department Nancy Shukri for discussing the Bill with me and other parliamentary colleagues yesterday.

Nonetheless it is still a “parachuted” Bill which only appeared for the first time in parliament yesterday in its full format, but is scheduled to be passed either today or tomorrow, with very little time (less than 48 hours) for MPs to study it and to consult industry stakeholders.

There are more than 70,000 registered taxi drivers and another estimated 200,000 e-hailing service drivers in the country. The Bills will have significant impact on their livelihood and earnings.

I hereby reiterate my request to Minister Nancy Shukri and the Government to defer the Bill to the July sitting of Parliament. All MPs need time to study this important Bill.

In general, we acknowledge that many urban Malaysians think positively of e-hailing services such as Uber or Grabcar, and it is a good move to regulate the e-hailing sector if the objectives are to protect the drivers and passengers.

I call on the Government to state clearly that its intention to legalise e-hailing services is not due to the lobbying from Uber, of which Khazanah National Berhad is one of its investors. The Government should avoid such perception of conflict of interest, disclose its stake in Uber, and if necessary, direct Khazanah to relinquish its stake in Uber.

Legalising e-hailing services without a total reform of the taxi sector will kill the latter, which is not in line with national interests.

It is important for the Government/ Regulator to keep a fleet of sufficient number of taxis around despite the availability of e-hailing services for several reasons:

First, the business model of the current e-hailing services is highly dependent on stock market investors’ funds to support cheap fares on the streets. Many in the financial sectors have warned of the long-term viability of such business ventures. We must ensure that in the event that such corporations fail to survive, Malaysians still have conventional taxis to turn to.

Second, it is crucial to avoid e-hailing companies monopolising the market. For instance, in China, Didi Chuxing has taken over Uber and emerged as a monopoly in e-hailing services, which is bad for drivers and passengers. In some instances, a particular e-hailing company may have dominated a sub-regional market, such as Grab’s current dominance in Penang, which will not benefit the drivers and passengers.

Third, while e-hailing services are now rolling out to smaller towns, there may not be economy of scale for these services to be viable in smaller towns, semi-urban areas as well as rural areas. Keeping a fleet of taxis in those areas is a necessity.

The elephant in the room for taxi reform

While the 11-point Taxi Industry Transformation Programme is a good start, the programme does not address the elephant in the room, i.e. most taxi permits are given to politically-connected rent seekers.

Most taxi drivers are subjected to lopsided conditions in their contracts with the permit holders. While Minister Nancy reassures us that in the long run after the old permits expire, taxi drivers will be given individual permits, I am afraid the vested interests among permit holders would block such move; and at some point, most taxi drivers who can afford a private car would think that they are better off leaving the taxi industry to opt for driving a private e-hailing car.

By then, only the poorest of taxi drivers will remain a modern slave in the lopsided taxi contracts, while the rest would opt out from driving a taxi, thus killing the taxi industry.

Therefore, issuing taxi permits to individuals must happen at the same time as legalising e-hailing services.

The Government must recognise and acknowledge that taxi permits were given to politically connected companies and these companies in turn milk the drivers till their last drop.

Airport limousine and executive taxi drivers, which usually pay twice to thrice to taxi companies, are in need of urgent attention, as they will be most impacted in the legalisation of e-hailing services.

The way out is to also legislate to “decouple” taxi permits from hire purchase contracts that many taxi drivers are now subjected to. The decoupling exercise will mean taxi drivers are now permit holders while they may still owe taxi companies the financing of their vehicles.

The elephant in the room must be dealt with.

A “Bill of Rights” for drivers of e-hailing services

The Government has decided on a model that depends on “self-regulation” of e-hailing companies. In other words, the Government only deals with Uber or Grabcar and the likes while leaving the companies to manage their drivers.

While it may be a convenient approach from a regulatory standpoint, the Bill must include a “Bill of Rights for e-hailing drivers”. The rights of the drivers must be spelled out from the onsets and made known to them that there is a mechanism in which they can seek redress when their rights are infringed upon.

The Government and Land Public Transport Commission must be perceived and seen as protecting the rights of drivers and not as one of the investors of Uber.

Again, I hope the Government will agree with me to provide more time for public consultation and only push for Second and Third Readings of the Bill in the July sitting of Parliament.