Our year of living dangerously 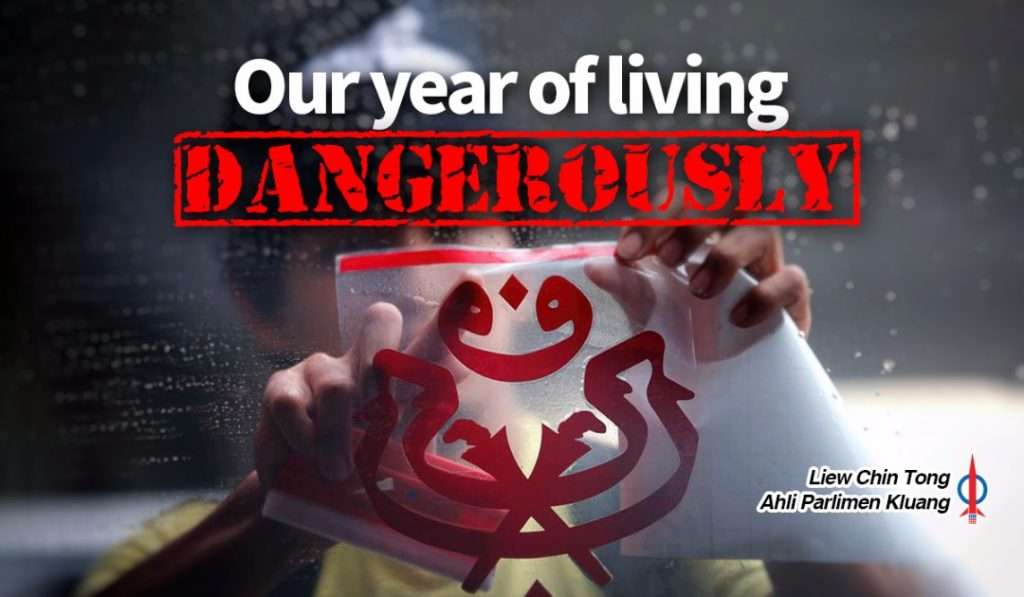 From my various Hari Raya visits and discussions with friends in UMNO, I came away with conclusion that Prime Minister Najib Razak has weakened himself in the course of the first half of 2017 by being overconfident of his “unsinkability” and thus overplayed his hand against internal rivals in UMNO.

Some people were very unhappy with such truth being exposed. Tengku Sariffuddin, Press Secretary to the Prime Minister, launched a late-night attack against DAP and I in a statement issued at 11pm on 1st July.

Tengku Sariffuddin’s statement is the surest sign of the strange times that we are living in: my analysis a day earlier had earned the wrath of the Prime Minister. The reality is this: Najib is increasingly isolated among the ruling elite. No significant UMNO bigwigs, apart from his small circle of loyalists, are prepared to defend him publicly.

On the same token, if my analysis was merely “fake news, smears and outright lies” as claimed by Tengku Sariffuddin, there is no need for the Press Secretary to the Prime Minister to come down from his high pedestal to reply at all; not to mention a desperate late-night attack, which is so unusual in our laidback society.

Something is clearly brewing in UMNO and I have hit a raw nerve. The truth hurts.

What did I actually say?

My friends in UMNO are of the view that recent MACC activities in Johor and Melaka are related to the attempt to move Khaled and Idris to federal level and replace them with a new set of leaders who would be more loyal to Najib.

The peak of Najib’s strategic overreach was the appointment of his cousin and Defense Minister Hishammuddin Hussein as Special Functions Minister in the Prime Minister’s Department in April. From Najib’s camp, the appointment was meant to clip Zahid’s wings and to prepare Hishammuddin for post-GE UMNO party election.

In his statement, Tengku Sariffuddin feebly tried distract from the fact by calling DAP Secretary-General Lim Guan Eng as “Penang Official 1” in an attempt to equate Najib’s infamous “Malaysian Official 1” tag, as described by the American Department of Justice (DOJ), over a lawsuit involving 1MDB.

Tengku Sariffuddin also threatened DAP that its registration is at risk of being revoked if Lim Guan Eng is not removed, if Lim Kit Siang does not retire and if Tan Seng Giaw is not installed as a new leader.

Did he realise that he was confirming that the charges against Guan Eng are politically motivated with an aim of deflating the attention on Najib’s scandals? Did he also realise that he was misusing his position as Press Secretary to the Prime Minister to intimidate a legitimate political party?

Inadvertently, Tengku Sariffuddin’s statement has also confirmed the thinking of Najib’s inner circle that the embattled Prime Minister’s game plan is indeed to ban DAP just before the next general election. The government had tried it once before in 2013 but it didn’t work out as planned.

The Registrar of Society’s case against DAP is aimed at destroying DAP in the most vicious and undemocratic manner.

The fact that Najib, as seen through his Press Secretary’s statement, is so jumpy at the slightest suggestion that he is in trouble just confirmed my point that he is politically weak and further weakened by his own strategic overreach in the first half of 2017.

But, as Tengku Sariffuddin’s statement also indicates, Najib would do anything, including to deregister DAP, to stay in power.

Malaysia’s year of living dangerously begins in the second half of 2017 as Malaysia enters a perilous phase: a weakened and increasingly isolated Prime Minister trying very hard to cling to power by doing everything to resist and refuse exit.