Johor: The end of an era for MCA, and BN too 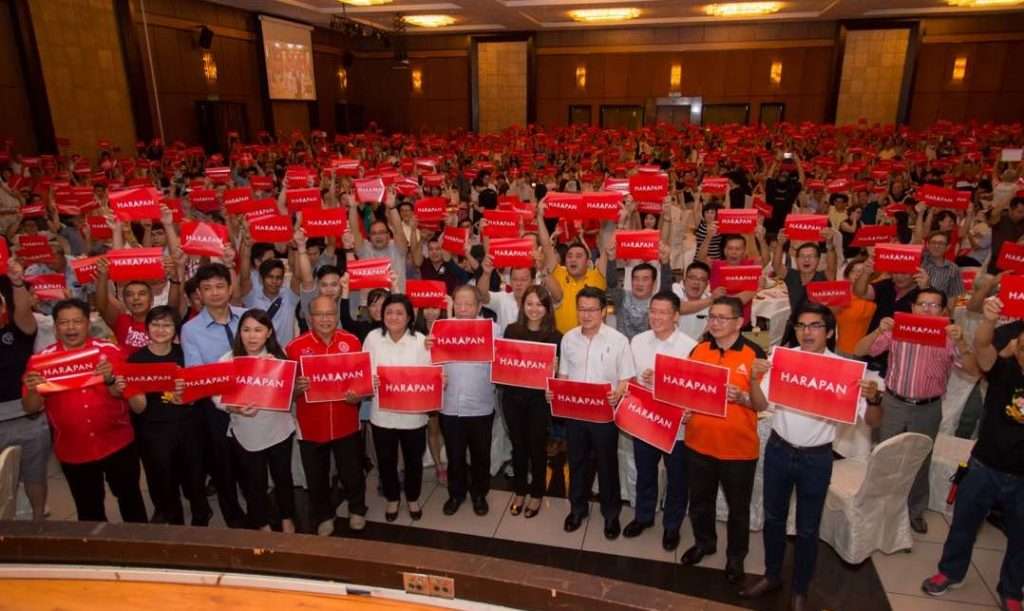 Johor has been a bastion of MCA until 2008. The state has produced several MCA presidents – Lee Sam Choon, Neo Yee Pan, Ling Liong Sik, Ong Ka Ting and Chua Soi Lek. In fact, Liong Sik left a dangerous seat in Penang (Mata Kuching, now Bagan) for a safe one in Johor while Ka Ting was originally from Perak before he moved to Johor.

Even when the political tsunami hit everywhere in 2008, MCA was still doing reasonably well electorally in Johor. It was only at the 13th General election in 2013 that MCA was nearly wiped out. The strength of MCA in Johor as compared to other states can be attributed to three main factors.

First, economies of many small towns in Johor have been agricultural and plantation-based, and usually more susceptible to patronage politics than the working class of urban areas.

Second, Barisan Nasional parties of Johor, especially UMNO, MCA and MIC, are not just political parties. They also rule with the support of small town social elite networks. In the case of UMNO, teachers, cultural activists and artists, as well as civil servants, are believers in the UMNO way. And at local level, UMNO is a social organisation well-connected to the ground, often, for instance, the first ones to arrive at a funeral site to help out families in distress.

As for MCA, even after 2013, its local leaders still control many guilds and associations, and many older small town business people are either supportive of MCA or at least not prepared to openly defy its wishes publicly. However this is slowly eroding as the younger generation who works or lives in Kuala Lumpur or Singapore have no affinity with MCA or Barisan Nasional, and some of them even managed to convince the older generation back home to vote against BN.

Third, most of the seats in Johor were gerrymandered in the 1993 and 2013 re-delineation exercises into multi-ethnic constituencies to make it impossible for the previously fragmented Opposition to win before 2008. Now it works against BN as these seats can easily turn into massive dominos. Eighteen out of Johor’s 26 parliamentary seats have less than 60 percent Malay voters. With 80 percent of non-Malay support and 50 percent Malay support for Pakatan Harapan, all 18 seats are expected to fall into Pakatan Harapan’s hands.

The mood during several DAP fundraising dinners I attended together with DAP Parliamentary Leader Lim Kit Siang in Johor in recent weeks seems like a barometer for the impending GE, reflecting the national trend of non-Malay voters, in particular ethnic Chinese voters.

Pekan Nenas is a small semi-urban town near Pontian, most of its younger population have left to work in Johor Bahru or Singapore. The crowd at DAP’s 80-table dinner on 11 August was so enthusiastic that they were reluctant to leave even after the event. At the end of the night, when we stood at the door to show our appreciation and bid them goodbye, many shook our hands warmly and gave us many encouraging words such as “Thank you! We are ready for a new government.”

We are sensing a change of mood, particularly in semi-urban areas. Things are heating up. The previous week, in Muar, Grisek DAP held one of the biggest political events in its history on 5 August which attracted more than 1,100 people. Parti Pribumi Bersatu Malaysia’s President Tan Sri Muhyiddin Yassin, who is also the local Pagoh MP, addressed the crowd who welcomed him with a standing ovation and listened to him attentively.

Pekan Nanas, Grisek and my constituency of Kluang are semi-urban areas. These are the kind of seats that would be the key for Pakatan Harapan to win the next General election.

DAP is not a party of the rich. Our fundraising dinners are paid for by supporters’ hard earned money. In urban areas, many of them are working class, hawkers, and self-employed; and in semi-urban and rural settings, small shop owners and those who work in plantation and other agricultural sectors. Unlike BN, we do not have large coffers or media organisations under our control. Holding these dinners is one of the ways for us to collect donations and promote our ideas. It is also a means to feel the pulse on the ground.

Donation drive is usually a good indication of people’s support and a good method to interact with people and understand the problems faced in a particular area. Tickets ran out very fast for fundraising dinner jointly organised by Kluang DAP and Bersatu on 29 July, partly because Bersatu’s Chairman Tun Dr Mahathir Mohamad was advertised as the main speaker though he could not turn up because he was not feeling well that day.

On 11 August, we raised RM25,000 in “floor donations” at a 136-table dinner in Johor Jaya, more than double that we usually get during our events. “Floor donations” are collected on the spot, on top of the ticket one has paid to attend the fundraisers. The atmosphere was positive and people seemed to be gearing up for the coming General election.

After the results of 13th General election started sinking in, the mood among voters was angry, yet still hopeful. A few events harnessed this sentiment. During the 2014 devastating flood in Kelantan, public response to join DAP Johor’s flood relief efforts was overwhelming. The Bersih 4 rally on 30 and 31 August 2015 also saw a high turnout among ethnic Chinese voters. I joked that it was rare to see so many Chinese sleeping in the streets in protest during the Chinese Ghost Festival month. It showed their determination for change.

Chinese voters’ mood however started to dip after the disappointing results of the Sarawak state election and the twin by-elections of Kuala Kangsar and Sungai Besar in 2016. The possibility of a change of government seemed very slim then, and Chinese voters were dejected at the political scenario.

Only after the formalisation of Pakatan Harapan’s leadership structure and the grand reconciliation of the acrimonious two-decade political battle between Datuk Seri Anwar Ibrahim and Dr Mahathir, and the forces aligned with them, on 14 July changed the mood altogether.

Pakatan Rakyat parties, and DAP in particular, gained almost 85% of Chinese votes in GE-13. It is definitely very difficult to repeat the feat. When I was interviewed by the Edge Weekly in June, I said the Opposition has a solid 65 percent Chinese support now. MCA and other BN leaders conveniently interpreted my statement as BN has got 35 percent Chinese votes in its bag. I can only laugh at such desperation.

During the twin by-elections of Kuala Kangsar and Sungai Besar, Malay-majority Amanah as the new party fielded to represent Pakatan Harapan received 65 percent Chinese support. Both seats are in semi-urban agriculture and plantation areas, on the outskirt of major cities, which means they are more susceptible to patronage politics.

This means the base vote for Pakatan Harapan among ethnic Chinese is at 65 percent. Compared to the votes obtained in the last General Election, Pakatan needs to convince a further 20 percent of swing voters to reach what Pakatan Rakyat achieved in 2013.

After the formation of Pakatan Harapan on 14 July 2017, not only Chinese voters but the entire nation’s political mood has changed tremendously. Pakatan Harapan stands a higher chance of winning in this coming General election.

Prime Minister Najib Razak is in panic mode as UMNO-BN’s popularity continues to slide. During desperate times, they would resort to underhand tactics such as Zahid Hamidi’s racial slur of “Mahathir a/l Iskandar Kutty” fiasco.

Johor Jaya is one of Johor DAP’s marginal state seats and it is under the Pasir Gudang parliamentary constituency, a marginal seat. Besides Pasir Gudang, the other three most marginal seats nationally are Bentong (Pahang), Kuala Selangor (Selangor) and Labis (Johor).

At the Johor Jaya fundraising dinner, I told the crowd that I was tired of talking about MCA. There are three main reasons why MCA is irrelevant to the current political scenario, and all had to do with its wild and unsubstantiated allegations:

MCA has accused DAP of not performing well in their duties as councillors in the local government. However, the councillors are appointed by BN and it is BN who is the local government, not DAP. We must win power at the state and federal level in order to gain executive authority to address issues such as planning. Some voters may not be aware of the difference between local, state and federal government. But most people know that MCA’s accusation is a nonsensical attempt to fool the voters.

MCA is still accusing DAP of working with PAS, but everyone knows that PAS is now UMNO’s de facto ally.

MCA criticises DAP for cooperating with Dr Mahathir and Muhyiddin. In PH, we want to unseat a corrupt BN government. Yet MCA is openly defending Najib’s leadership and the BN government now known as a global kleptocracy. MCA cannot wash its hands of its main coalition partner’ sins.

Malaysians are more inclined to accept the grand reconciliation between Anwar and Mahathir to save our country. The more BN tries to make personal attacks against Mahathir, the more the sympathy and support he will gain.

The next few months will be the most crucial in Malaysia’s political history. Johor will be the most important battlefield in the coming election. DAP will continue to work hard together with our partners in Pakatan Harapan. We are grateful to our supporters for having faith in us, and we continue to have hope towards the future.

Previous PostJohor UMNO-BN in panic mode
Next PostThree-cornered fights may actually be bad for BN, PAS