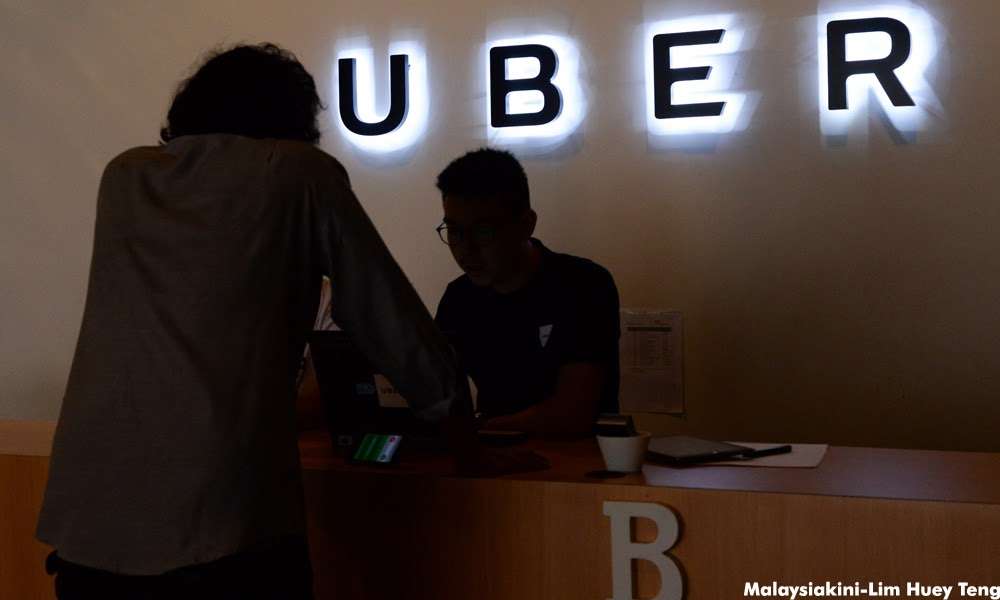 I call on Secretary-General of the Treasury Irwan Serigar and Minister in the Prime Minister’s Department Nancy Shukri to respond to a Bloomberg report on 20th September 2017 entitled “Uber Faces Widespread Asia Bribery Allegations Amid U.S. Criminal Probe”.

The news piece alleges that

“Attorneys are focused on suspicious activity in at least five Asian countries: China, India, Indonesia, Malaysia and South Korea. For instance, Uber’s law firm is reviewing a web of financial arrangements tied to the Malaysian government that may have influenced lawmakers there.”

“Uber’s law firm is also investigating a corporate donation, announced in August 2016, of tens of thousands of dollars to the Malaysian Global Innovation and Creativity Centre, a government-backed entrepreneur hub. Around that time, a Malaysian pension fund, Kumpulan Wang Persaraan (Diperbadankan), invested $30 million in Uber, said people familiar with the deal. Less than a year later, the Malaysian government passed national ride-hailing laws that were favorable to Uber and its peers. Lawyers are trying to determine whether there was any form of quid pro quo.”

Irwan Serigar Abdullah is the chairman for both Malaysian Global Innovation and Creative Centre (MAGIC) and pension fund Kumpulan Wang Persaraan Diperbadankan (KWAP). He owes the Malaysian public an answer on his role in the alleged Uber scandal.

MAGIC must disclose the donation it received while KWAP, Employees Provident Fund (EPF) and Khazanah Nasional, as well as other GLICs (government-linked investment companies) must also disclose their investments in Uber to the Malaysian public as there is high probability of conflict of interest.

In July, the Government pushed for the passing of amendments to Land Public Transport Act (2010) to legalise e-hailing services.

During the parliamentary debate, I asked Minister Nancy Shukri to provide details of investments by Khazanah and other GLICs into Uber but to no avail. I call on Nancy to respond to the revelation by the Bloomberg report.

The Malaysian Parliament must never pass a bill of law just because it was heavily lobbied by a foreign firm (Uber) and some government officials could have unlawfully benefited in the process. The integrity of the Parliament is called into question. And the livelihood of taxi drivers, as well as Uber and Grab drivers, are at stake too.

In my various engagements with Land Public Transport Commission (SPAD) prior to the passing of the amendments, I detected that the Government took the view that e-hailing is the future and taxi is a sunset industry. It shouldn’t be the case.

Already, drivers of Uber and Grab have complained that there is no avenue for them to address their grievances and many of them perceived that SPAD and the Government is almost acting as “spokespersons” of Uber and Grab. DAP parliamentarians proposed that a tribunal be included in the amendment to the Act but were rejected by the Government.

DAP parliamentarians also called for the “commission” collected by Uber and Grab to be curbed at 15 percent but to no avail. Currently, Uber takes a 25 percent cut from the fares received by drivers from consumers while Grab takes a 20 percent cut. The Government refused the idea of a cap on commission.

The Government must be seen as an unbiased and fair arbiter between societal interests, and help the weaker party in the equation to strike a balanced deal. In the case of e-hailing, the Government is seen as siding with the duopoly of Uber and Grab against the best interests of taxi and e-hailing drivers.

If it is found that the Government sided with Uber because of bribery and lobby, it is tantamount to a betrayal of ordinary Malaysians.

As the allegations are serious, I urge Irwan Serigar and Nancy Shukri to respond immediately.