DAP protects the interests of all e-hailing and taxi drivers 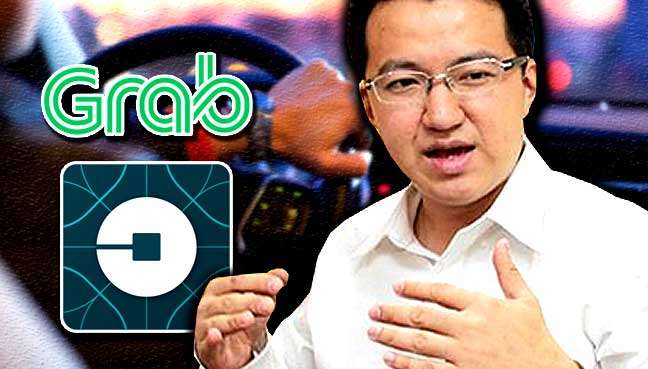 The statement by Barisan Nasional Strategic Communications Team that the DAP did not want Uber and Grab legalised is a malicious
attempt to shift attention on the Uber bribery investigation and shift away from the real issues faced by both e-hailing and conventional taxi drivers.

Yesterday, I called on Secretary-General of Treasury Irwan Serigar Abdullah and Minister in Prime Minister’s Department Nancy Shukri to come clean on the allegation of bribery and lobby by Uber in the prompt passing of amendments to Land Public Transport Act 2010 which legalise e-hailing.

Instead of addressing the real concerns, Barisan Nasional Strategic Communication Team tried to shift attention by alleging that the DAP wants to ban e-hailing and does not want e-hailing to be legalised. There is no need to twist and turn the facts.

What the DAP said publicly and during parliamentary debates are all on public record.

The DAP parliamentarians, especially Serdang MP Ong Kian Ming and myself, have been calling for:

A BILL OF RIGHTS for DRIVERS – The amended Act only recognizes, registers and deals with the e-hailing companies without dealing with the drivers. The drivers are supposed to be “self-governed” by the giant corporations such as Uber and Grab while many taxi drivers fall prey to the cronies who were given taxi permits in block.

TRIBUNAL – A tribunal should be formed within the Land Public Transport Commission (SPAD) to handle complaints of all taxi and e-hailing drivers. Currently, drivers have no avenue to resolve their disputes with the giant international corporations of Uber and Grab. My colleague Ong Kian Ming prepared a draft amendment bill which was rejected by the Government.

A 15% CAP ON COMISSION – Currently, Uber charges drivers 25% of fares as commission while Grab charges 20%. E-hailing drivers put in their time, personal vehicles and put their lives on the road for meagre incomes while the technological providers Uber and Grab, which are international corporations, takes huge cuts and repatriate their profits overseas. The DAP has repeatedly called for the Government to put a 15% cap on commission so that drivers earn slightly more from their hard work and indirectly helps the domestic economy.

INDIVIDUAL PERMITS TO TAXI DRIVERS – One of the major problems faced by taxi drivers is that they don’t get individual permits but had to rent it from cronies who got it in bulk. DAP called for the individual permits to be given in larger number and called on SPAD and the Government to do more for the taxi sector and not treat it as a sunset industry.

These are among some of the proposals the DAP MPs have made inside and outside of Parliament during the debate of amendments to Land Public Transport Act 2010.

Previous PostPublic transport is more than big toy infrastructure
Next PostKey points in replying the Minister of Urban Well-being, Housing and Local Government