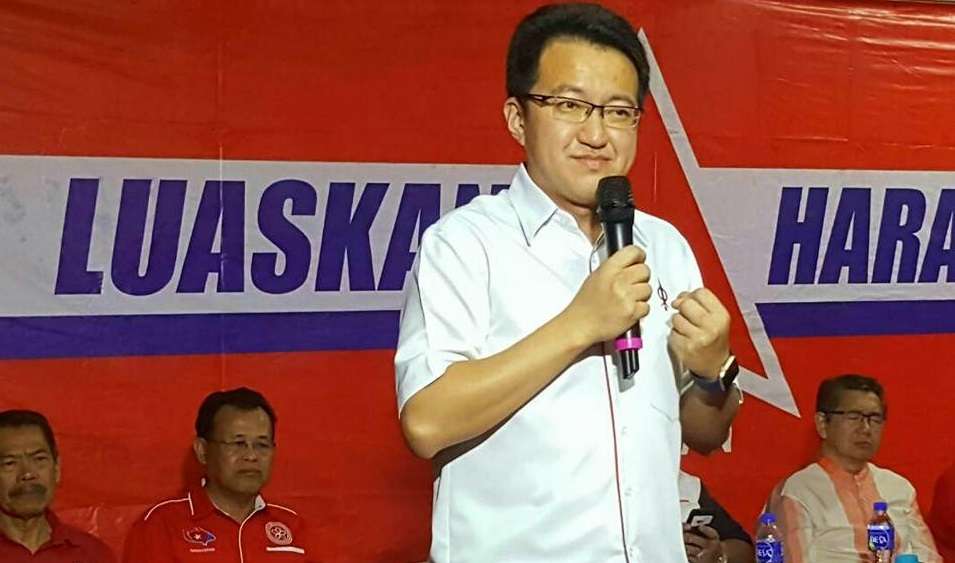 Johor Menteri Besar Khaled Nordin has been claiming that his government performed exceedingly well in the economic realm. The problem is that, despite the rosy figures, the people of Johor are suffering from economic hardship.

When a self-praised Khaled is deluded by his own economic fantasy, these questions must be asked: How to evaluate the so-called good economic performance? What are the benchmarks? Growth for whom?

Growth is only real if it benefits the ordinary folks. In the case of Johor, there is no widespread growth shared by all and felt by all in the past four years under Khaled’s watch.

If Johor’s prosperity is actually shared, the number of Malaysians crossing the Causeway each day would not increase from 200,000 to 300,000 between 2013 and now. If they could get their share of prosperity at home, there is no need for them to commute daily to Singapore as foreign workers.

It is true that to a certain extent, economies in Johor’s small towns are sustained by remittance from Malaysian workers in Singapore (as well as those who work in the Klang Valley).

Yet, there is no one to improve the livelihood of these Johor workers. Both the Malaysian and Singapore governments are competing to impose extra charges on entering Singapore. Even when the DAP proposed a moving walkway or walkalator to make walking easier to Singapore, neither government is interested in building it.

Southern Johor, the Iskandar region in particular, saw plenty of high-rise developments, as well as other high end property projects, over the past four years since the 2013 general election. But do these property projects benefit ordinary folks? The answer is “No”.

Some of these high-rise developments by China developers took away beaches that previously belong to the public, and now are turned into private spaces.

Ask any Johorean living in the metropolitan area of Southern Johor about positive changes done during Khaled’s tenure, and they will answer “Besides property development for the rich, nothing much really”.

Municipal services did not improve, the roads and drains are still dirty, and public transportation doesn’t seem to improve; instead congestion persists. Even outside southern Johor, a simple yet very major component of government service – the quality and sustainability of water supply – has not improved in the past four years.

The oil and gas projects in Pengerang were supposed to help ease unemployment among Johoreans. Yet, the projects didn’t bring much employment as they are mostly under construction, and for this efforts, most of the workers are foreign labour.

Even when the projects are completed, oil and gas sector will not be the booming sector as was expected because it has been struggling since the plunge of oil prices in 2014.

Moving beyond the Iskandar region, Khaled administration slacks further. Despite the vast potentials of Small Town Johor such as the reasonably well-endowed secondary cities – Kluang, Batu Pahat, Muar, Segamat and many others, young people from these places are forced to seek employment in Kuala Lumpur, Johor Bahru and Singapore.

Khaled and his government can claim whatever they like. It is up to the voters to decide. We know that the voters will not judge based on colourful presentation or any rosy picture but rather on the real situation of their livelihood – the harsh reality of economic hardship.

Previous PostFailure of Najibnomics – blaming the victims, scoffing at people
Next PostWhat Najibnomics? Najib has no economic policy