Key points in replying the Minister of Urban Well-being, Housing and Local Government 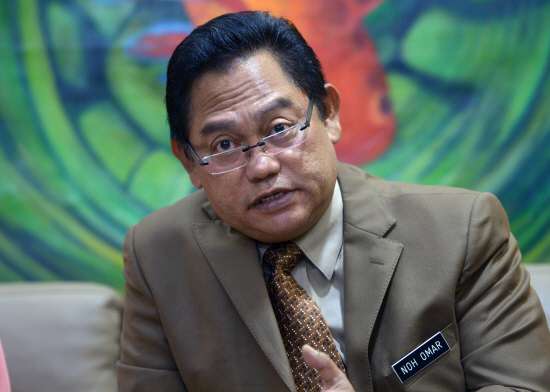 The 2018 Budget has been debated for nine days in the committee stage in parliament, and members of parliament are giving views on the details of each Ministry’s budget. When I debated the budget for the Ministry of Urban Wellbeing, Housing and Local Government, I emphasized that the local councils must perform its role in a manner that is open, transparent and credible. This includes making the local councils’s budget publicly available to taxpayers and opening up the city halls  for public hearing sessions and making the full board meeting of municipal councils accessible to the public.

In Johor, there are at least 10 city halls and municipal councils that do not have public hearings. Even elected state legislators who are concerned about local issues are being prevented by the local government doing so. This violates the provisions within the Local Government Act 1976, and the Ministry of Housing must instruct and ensure all local councils allow for public hearings in accordance with the law.

Taxpayers who pay assessment rates to local councils should also have the right to know how the councils are utilising their tax revenues. Therefore, the annual budget estimates of local governments must also be uploaded onto the Internet for public inspection. So that the public can know that the taxes that are extracted from the people are being used for the benefit of the people and to upgrade local facilities.

In 2018, the allocated operating expenditure for the Ministry of Housing was RM2.98 billion, of which RM1.25 billion was allocated to the National Solid Waste Management Department (JPSPN), and together with RM892.2 million to its implementing agency, the Solid Waste Management and Public Cleansing Corporation (SWCorp). Hence, more than 40% of the Ministry’s expenditure was spent on the agency responsible for the waste management in states such as Johor, Pahang and Kuala Lumpur.

Malaysia’s solid waste management must undergo a paradigm shift. The billions spent on rubbish disposal can actually benefit both the country and its people. The key is that the labour policy must prioritise Malaysians and also invest in automation for equipment such as garbage trucks.

The example has been set by Penang. The Seberang Perai municipal council (MPSP) uses automation and technological upgrades in waste management, coupled with higher wages and benefits for its workers. By offering a total package of RM1900) they are able to encourage Malaysians to engage in 3D vocations (Dirty, Difficult and Dangerous), hence reducing the dependence on foreign labour.

When we change the way we handle our solid waste management, we can crease a rising tide that lifts all boats, leading the way to a model of high-skills, high-wages, and high-productivity industries. In other words, workers in different industries also benefit from such policies. This is also the model employed by most advanced cities, and Penang, which should be emulated by the Federal Government.

I want to remind the Ministry to pay heed to climate change that has caused the worst floods to hit Penang in decades, global metropolises such as Houston and New York also faced floods. As cities around the world grapple with this new reality, Malaysia’s local governments need to be prepared to deal with unforeseen disasters.

In addition, I would like to bring attention to the fire in Johor Baru’s Hospital Sultanah Aminiah which occurred on on 25 October 2016. One year later, the Ministry of Housing and the Fire and Rescue Department must have learnt their lesson from this incident. There is a need to work with the hospitals to take adequate fire prevention measures to ensure that this tragedy does not repeat itself in other hospitals. I urge the Ministry of Housing to forgo the intention to take over the Malaysian Volunteer Fire Rescue Association, and rather to focus on how to encourage concerned citizens to join the Association instead.