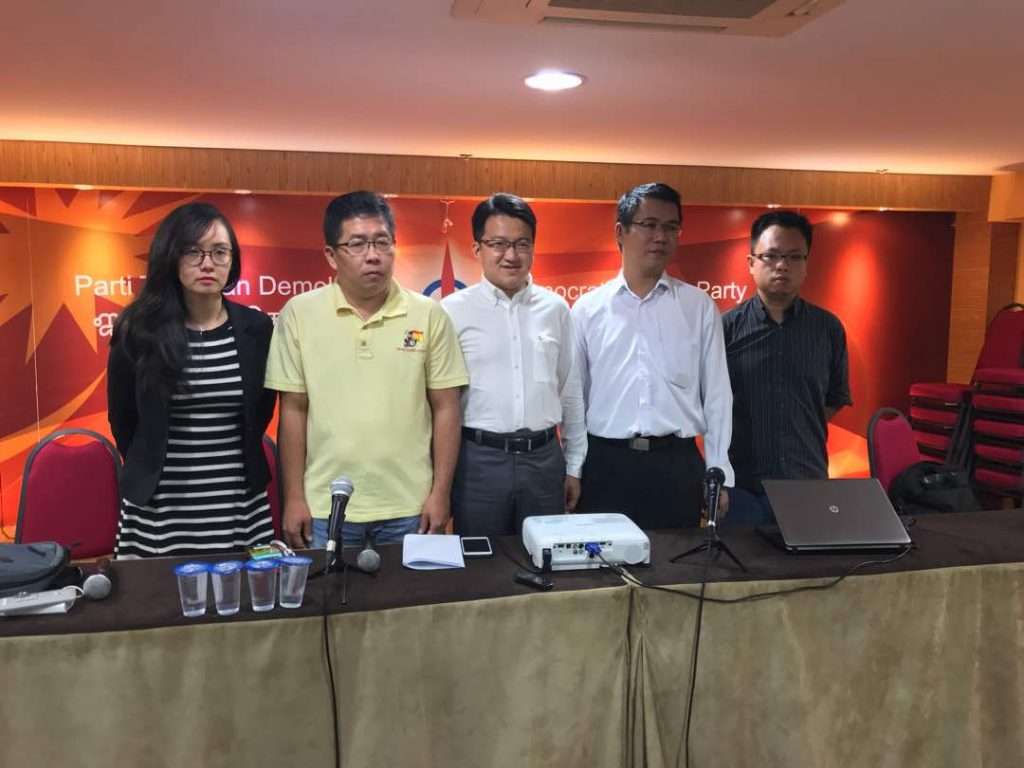 Media Conference statement by DAP Johor Chairman and MP for Kluang Liew Chin Tong on 21 December at DAP HQ in Kuala Lumpur together with State Assemblyman for Jementah Tan Chen Choon, State Assemblyman for Mengkibol Tan Hong Pin, DAP Legal Bureau Secretary Michelle Ng and DAP Parliamentary Researcher Chung Yi Fan
When speaking to the press at an event at the Royal Malaysian Navy base in Lumut on 21 December,  Defence Minister Hishammuddin Hussein told the press that I should not politicise the Segamat Camp issue.
My DAP colleagues and I had raised the issue that 1079 military voters have been transferred to a yet-to-be-completed army camp. Hishammuddin accused me of creating a perception that this new camp would help BN when it came to votes in the next general election.

“As the general election approaches, they (the opposition) raise all kinds of issues. If it is true that the camp will help the BN, as the defence minister I might as well have built the camp in my constituency of Sembrong,” he was quoted as saying.

In fact, there is actually a camp being built in Sembrong. A Bernama video dated 25 September shows Armed Forces chief Gen Tan Sri Raja Mohamed Affandi Raja Mohamed Nor confirming an army camp being built in Paloh, which is under the constituency of Sembrong.
During the last General Election, there were less than 20,000 voters in Paloh, and DAP lost the seat by 100 votes. I challenge Hishammuddin to deny that Paloh camp is being built.
This proves that Barisan Nasional is now prepared to use dirty tactics to fight the next election, including redelineation and building new army camps for the strategic purpose of the election. There are a few other camps being built in Pagoh, Bera (Pahang) and Hutan Melintang (Bagan Dato).
This is the reason why the third quarter electoral roll saw an influx of military voters which raises red flags. Such systemic fraud which is built into the electoral system even before voting day is a serious obstacle for democratic, free and fair elections.
We should have international observers to monitor, assess and give recommendations to improve the integrity of the voting process in Malaysia. Given the impaired conditions for electoral transparency, the Malaysian government should accept such monitoring missions before the election takes place.