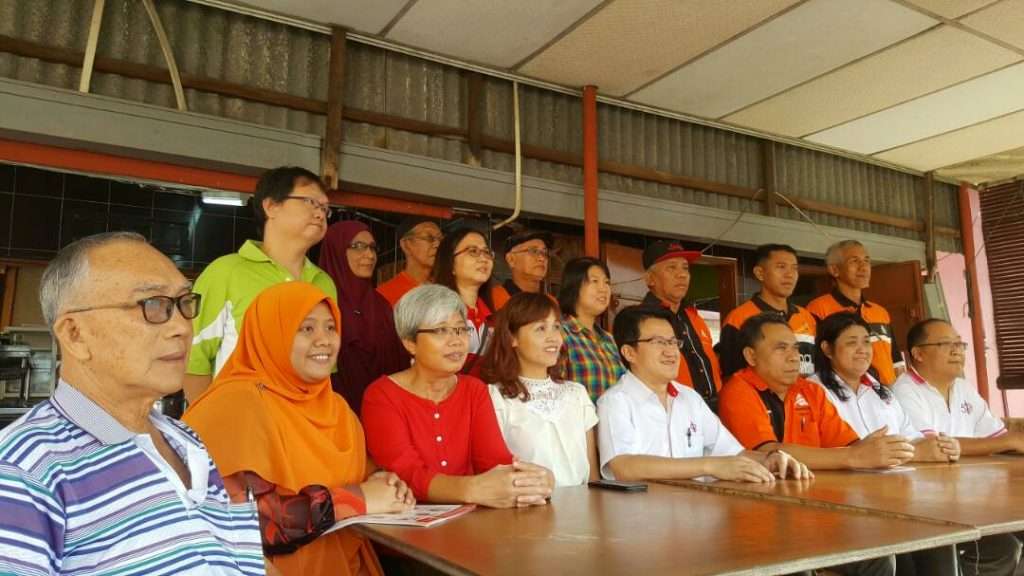 Media conference statement by DAP Johor Chairman and MP for Kluang Liew Chin Tong on 17th January 2018 in Kluang
The Malaysian Insight published a news piece yesterday entitled “Even with a bottle of soy sauce, BN will win Ayer Hitam”.
The title comes from a quote from an interview with a member of the public. But this also reflects the state of mind of Barisan Nasional in Ayer Hitam, at least until the Pakatan Harapan Convention on 7th January 2018. Ayer Hitam is indeed the safest MCA seat nationwide, much safer than the seat of Bentong held by MCA President Liow Tiong Lai.
The Pakatan Harapan Convention on 7th January reached two major and unprecedented decisions that had eluded previous Opposition coalitions, namely, the naming of candidates for the post of the 7th Prime Minister, Deputy Prime Minister and the 8th Prime Minister; as well as concluded seat negotiations for Peninsula Malaysia months before the General Election is called.
The seat decisions have created surprises in Johor. Suddenly, the seats of Tanjong Piai (DAP handed it over to Parti Pribumi Bersatu Malaysia) and Ayer Hitam (Parti Amanah candidate to contest under DAP logo) are in play. The two MCA seats which were previously deemed safe for Barisan Nasional are now “competitive”.
Ayer Hitam is a seat with 56% Malay voters, 38% Chinese voters and 4% Indian voters. It has never been an easy seat for the Opposition, especially in Johor where Barisan Nasional is comparatively much stronger compared to other states.
I am the first to admit that Ayer Hitam is an uphill battle for Pakatan Harapan. But for Pakatan Harapan to win power in Putrajaya, PH will have to win every of such semi-urban, Malay majority multi-ethnic seats in the West Coast of Peninsula.
Since 7th January, Ayer Hitam has turned from BN’s “White area” to a “Grey area”. Much as some in Barisan Nasional still believe that it is a fortress that “a bottle of soy sauce” would win, some are beginning to see that MCA Deputy President Wee Ka Siong is actually sitting inside a sandcastle which can collapse anytime.
Last Friday (12th January 2018), DAP Secretary-General Lim Guan Eng and Amanah President Mohamad Sabu attended a fundraiser in Yong Peng.  Today, together with DAP Johor Vice Chairman Teo Nie Ching, Secretary Gan Peck Cheng, Treasurer George Poh Eng Guan, Yong Peng State Assemblywoman Chew Peck Choo, Ramli Abdul Hamid (Johor Amanah Communications Bureau) and Ayer Hitam Amanah Chief Jahid Zaini had a walkabout at the Yong Peng wet market, Jalan Meng Seng.
Pakatan Harapan will do its very best to defeat Barisan Nasional in Ayer Hitam to bring forth a new government in Putrajaya.