The 100-day countdown to a new Malaysia 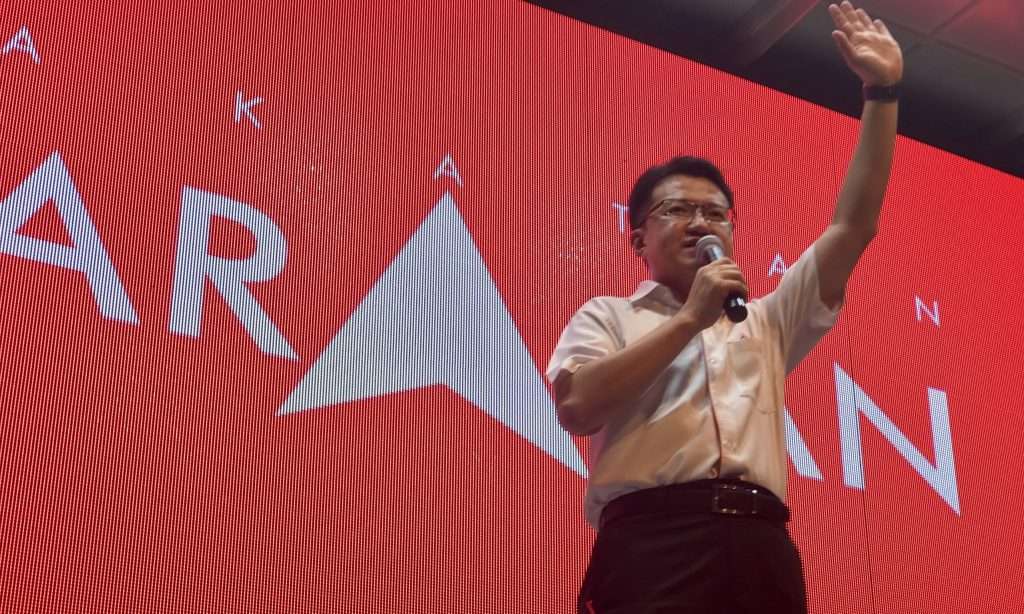 If polling is to be held on 6th May 2018, we have exactly one hundred days from today. It is fourteen weeks from 29th January 2018.

Unless the general election is held after Ramadan, or not to be held at all, we are indeed entering the 100-day countdown.

The announcement of the Mahathir-Anwar leadership combo on 7th January 2018 is the culmination of a very difficult and emotionally intense reconciliation between the two political giants and the forces align to them.

Mahathir and Anwar fought each other since 1998. The grand coalition is both a necessity to defeat Prime Minister Najib Razak but, more importantly, both Mahathir and Anwar, and their supporters, are now the victims of an authoritarian regime which they were part of previously.

No one can even imagine a situation where we would see the 91-year old Tun Dr Siti Hasmah was being dragged for police questioning just to intimidate her.

The extraordinary power that the current Prime Minister possesses had resulted in the largest ever government scandal in the world – 1MDB – and numerous other abuses, as well as a stagnant nation without much hope for the future.

The shared experience is important for post-election Malaysia. Now even Mahathir the former strong Prime Minister realizes the need to curb the power of the Prime Minister, promote a competent Cabinet, and nurture a strong Parliament with more powers to check the excesses of the Executive.

It is hoped that the end of the 20-year “war” between Mahathir and Anwar in such dramatic manner would provide the basis for the nation to move forward to a more democratic form of governance.

On 7th January 2018, Pakatan Harapan also settled the allocation of parliamentary seats in Peninsula among parties which means effectively the parties can now begin campaigning without waiting for Najib to dissolve parliament.

Both the certainty in leadership and seat allocation are important. In GE13, Pakatan Rakyat was unable to name the PM candidate because PAS disagreed with the choice of Anwar Ibrahim as PM. Only Parti KeADILan Rakyat and DAP endorsed Anwar’s candidature. Pakatan Rakyat also failed to resolve seat allocation, resulting in three-cornered fights between PKR and PAS in several constituencies.

Malaysians should be grateful that Najib did not call election before September 2016 when the forces aligned to Mahathir have yet to take shape as a political party and long before full alignment with Pakatan Harapan parties.

Since the 2013 general election, Najib was plotting to win by default as he knew that BN may lose in an Anwar versus Najib/Pakatan versus BN contest. With Anwar going to jail on 10th February 2015 and the demise of Tok Guru Nik Aziz Nik Mat on 12th February 2015, Pakatan lost its unifying leader and lost its then ally PAS. Najib and UMNO thought they could win by default by just telling Malay voters that voting for Pakatan means voting for DAP and Lim Kit Siang as PM.

That winning by default strategy was ultimately defeated by Najib’s indecisiveness to call early election and the coming together of Bersatu and the original Pakatan parties.

In short, the Opposition went to hell and back. We are now entering into the final countdown to this most important battle in the nation’s history.

In every instance, we have to convey the message that GE14 is a do-or-die battle for Malaysians. As fans of Star Wars remember fondly, Yoda the great Jedi Master once said: Do or do not, there is no try.

The public need to see Pakatan Harapan treating this battle with bold moves and courage so that they also come on board to be part of the change.

If Najib wins, he will probably be there for a long time. I had a conversation with him in June 2008 at the sideline of Shangri-la Dialogue in Singapore. I was first elected as MP for Bukit Bendera and he was Deputy Prime Minister. The first thing he said to me was that he was not involved in the Altantuya scandal. It was so strange that the first thing he said to a young DAP MP whom he first met overseas was about the scandal. Some of my UMNO friends figured that he was deeply troubled and worried about the case. Now that he had accumulated a lot more scandals at world scale, I will be very surprised if he would ever step down voluntarily should he wins GE14.

Najib’s victory means the end of a generation of giants – Anwar Ibrahim, Tun Dr. Mahathir, Kit Siang, Muhyiddin Yassin while Guan Eng and Rafizi Ramli will probably go to jail. Worse still, no one would have anymore hope about the possibility of change in Malaysia.

GE14 is Najib for life premiership or we the rakyat will change for the better!