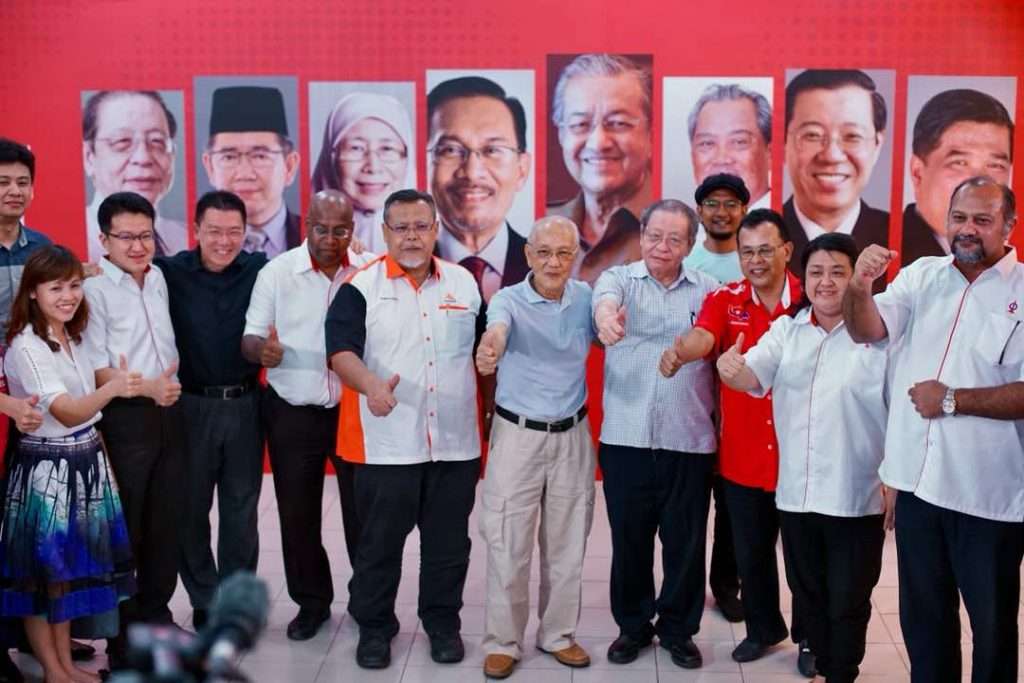 In the 100-day countdown to the 14th General Election, dubbed “mother/father of all elections” by Prime Minister Najib Razak, Pakatan Harapan is bringing the fight to one of Barisan Nasional’s most secure home turfs, Ayer Hitam.

Of the 21 parliamentary seats won by Barisan Nasional in Johor in the 2013 general election, 10 are considered swingable and even winnable by Pakatan Harapan. Ayer Hitam has never featured in any of such target list as it is previously deemed highly impossible for the opposition to win.

With the launch of this new Pakatan Harapan election centre, probably one of the very first in this election cycle, we are making a serious bid for Ayer Hitam. No one is naïve enough to think it is easy. The fact that we are making a bid shows the seriousness of Pakatan Harapan on the upcoming election – that it is a “do or die” battle which will either see Najib Razak as Prime Minister for life as there will probably be no more credible opposition forces in GE15 or the emergence of a new Pakatan Harapan government for a better Malaysia.

Such is the grave consequence of, and, imperative of, GE14.

But the battle for Ayer Hitam is neither political bravado nor a suicide mission. It is a reflection of what is to come: that even Barisan Nasional’s most impregnable castles are now very vulnerable.

A win in Ayer Hitam means 10 other Parliamentary seats of Barisan Nasional in Johor could fall to Pakatan Harapan.

The battle of Ayer Hitam will provide a platform for all Malaysians, especially the voters in the constituency and in the state, to express their aspirations on how Johor and Malaysia should be in the years to come.

Take for instance, the federal road in front of this election centre, FT50 Jalan Batu Pahat, which is known to be the most dangerous road in the country with the consistently highest recorded number of accidents, including fatal collisions.

As the Member of Parliament for Kluang, which is exactly next to the seat of Ayer Hitam, I have been campaigning for a divider to be built and street lights to be installed along the entire road.

The Barisan Nasional Government has promised the upgrade of FT50 since at least the 9th Malaysia Plan (2006-2010) but has been constantly postponed it due to budget constraint, or to more precise, wrong and misplaced priorities of the Government. What is the use to have the No. 2 top-most office bearer of MCA and a full minister to be the MP of Ayer Hitam when lives are lost so frequently on this federal road?

In his fourteen years as MP for Ayer Hitam since 2004 and nearly four years as a cabinet minister, Wee Ka Siong could have prevented so much government wastage of public funds, grand corruption and extravagance spending and channel RM80 million to upgrade FT50 and make it a safer road for the locals.

Each life lost on FT50 can be blamed on government inaction in the past decade or so. Wee is the MP for Ayer Hitam but he is now more interested to pretend that he is the contender for Penang Chief Minister by throwing mud at Lim Guan Eng regarding the highways and tunnel project in Penang.

I urge Wee to focus his energy to the upgrade of FT50 as to protect lives in his own constituency.

The battle of Ayer Hitam is definitely an uphill task. It is just as tough as the 14th GE for all Malaysians who want to defeat Najib to bring about a better Malaysia. It is difficult but not insurmountable.