A David vs Goliath battle 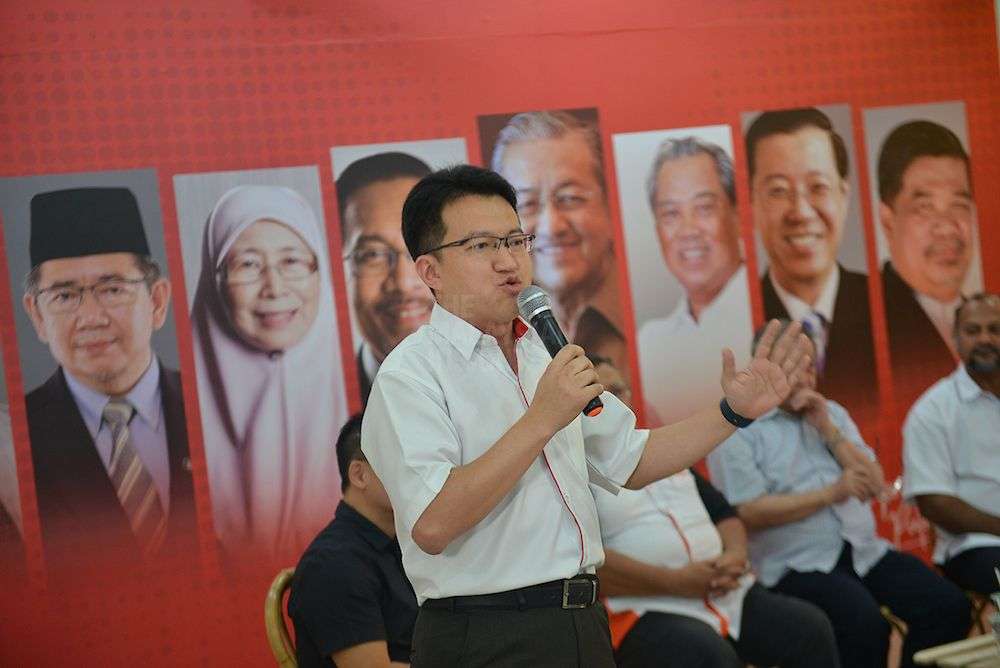 We are now entering the last lap of the election cycle in which there is almost no point to guess when Prime Minister Datuk Seri Najib Razak would call for the election.

If Parliament is dissolved before Ramadan (17th May) and before Datuk Seri Anwar Ibrahim is released from prison on 8th June, the dissolution of Parliament will either happen before the House sits on 5th March or after it ends on 5th April. Either way, it is safe to conclude that we are less than a hundred days into the most important election ever in Malaysian history.

I would like to welcome all volunteers to be Polling Agents/Counting Agents (PACAs) in the upcoming election. Your participation will make a huge difference to the outcome of the election, especially in swing and marginal seats.

For instance, in the May 2010 Sibu by-election, the late Sdr. Wong Ho Leng of DAP sprang a major surprise in a seat which was previously thought impossible for the Opposition to win. He won with a very slim 398-vote majority. The victory was in part contributed by his very diligent and brave PACAs who struck out 200 dubious votes from being counted as Barisan Nasional votes. Sometimes, a dozen votes can decide the fate of a seat and even a nation.

Every vote counts! This is especially so in the lopsided Malaysian election. Barisan Nasional has all the advantages such as a massive amount of money at their disposal, the full might of government machineries, media outlets, as well as the abuses of coercive tools of the state such as repressive laws, threats by the authorities, selective enforcement.

It is important to recognise that this is a hugely unfair contest between Pakatan Harapan and Barisan Nasional. Therefore, we must try as much as possible not to frame it as a PH versus BN battle. Instead, it is the people’s electoral uprising against the misrule of Najib/UMNO and Barisan Nasional.

It’s the people versus Najib. And, it is indeed a David versus Goliath campaign.

The last decade since the March 2008 political tsunami is a testimony of the Opposition defeating Barisan Nasional in multiple electoral upsets against all odds. Let me share with you three stories from 2008 to illustrate my point.

First, much as Najib believes that “cash is king”, money can’t buy everything.

Back in 2007, I was doing research for Sdr. Lim Kit Siang and hanging around with MPs quite a lot at Parliament’s coffee lounge. One afternoon, a then MCA deputy minister who was already very rich before joining politics told me, “Young man (at 30, I was indeed young), don’t get involved in politics if you don’t have money. Politics is all about money.” Come the next year, he lost his seat (and never regained it despite also running in 2013) while I won mine with very little money, mostly donated through small donations from friends and well-wishers.

My point is that money can buy a lot of things but it doesn’t necessarily buy the hearts and minds of the people. We, the people, have pride, aspiration and a sense of integrity. People’s power of 2008 proved that politics is not about money.

Many probably would be very discouraged and demoralized upon seeing the data. I was very optimistic because I also knew from the poll that another 45 percent said “voting is secret.” In the context of Malaysia where many are still fearing the powers-that-be, many won’t tell the truth about their political inclinations when asked by pollsters.

It turned out that those who said “voting is secret” probably all voted for me. My opponent, three-term incumbent candidate Chia Kwang Chye, Deputy Minister and then powerful Secretary-General of Gerakan, which ruled Penang from 1969 to 2008, received 62 percent of votes in the 2004 general election but I defeated him with 67 percent of the votes in 2008.

I was then a political unknown at 31 years old while Chia was one of the most powerful politicians in Penang at 56 years old.

Third, when the political tsunami happened, even Barisan canvassers campaigned for DAP!

One of my greatest highlights in the 2008 battle was my encounter with MIC canvassers at several polling stations in Bukit Bendera on polling day. As a result of the Hindraf uprising, Indian voters swung from ardently supporting Barisan Nasional to supporting the Opposition massively. The scene repeated at several polling stations: MIC canvassers pulled me aside, told me they had voted for me, and told me that while they wore MIC vests and uniforms, they whispered to Indian voters to vote for DAP.

Why people’s participation is needed

Never assume that Barisan Nasional hardcore supporters would stay with BN forever. When the tsunami happens, UMNO would not be able to tell who among their ranks would revolt and vote against Najib in the coming general election, just like the MIC grassroots leaders did in 2008.

Ultimately, in the lopsided contest in Malaysia, the only way to defeat UMNO-BN’s votes is to have huge participation from ordinary Malaysians through a massive peer-to-peer people’s campaign not driven by the political parties per se but more energised by the participation of ordinary people.