To hell and back : the Pakatan Harapan story 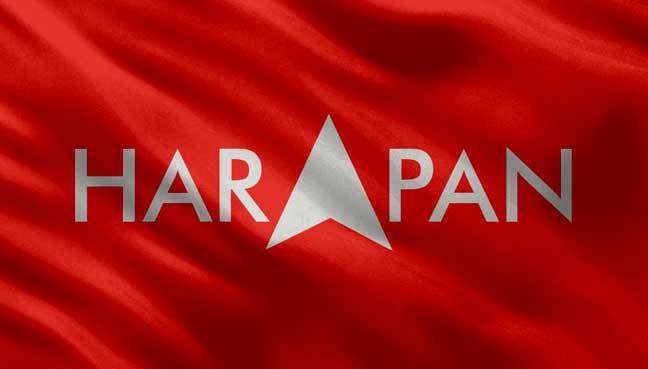 It gives me a great pleasure to speak in Penang with Sdr. Lim Kit Siang on his first appearance in the state after a 5-week medical leave.

I am forever grateful to the people of Penang for electing me the DAP on 8th March 2008. Thanks to the people of Penang, I became the MP for Bukit Bendera while the DAP formed the new state government with its partners. Penang was the frontline state of DAP in 2008 but now one of the most important national battlegrounds will be Johor.

As the Johor DAP Chairman, I urge the people of Penang to continue supporting the DAP and Pakatan Harapan to enable us to defeat Barisan Nasional and bring forth the Pakatan Harapan Federal Government. To win Johor is crucial in achieving this aim.

In February 2008, no one thought the political tsunami on 8th March 2008 was possible. Most in the Opposition, including those in DAP, after suffering from poor electoral performances in 1995, 1999 and 2004, could not imagine anything beyond winning a few seats against Barisan Nasional.

The DAP announced its candidate lineup on the eve of nomination in 2008. Everyone was surprised that DAP Secretary-General Lim Guan Eng would contest in the state seat of Air Putih. I still remembered the very unfortunate look on the face of MCA Bukit Bendera chief Tan Yoke Cheng when Guan Eng and I walked into a Chinese New Year gathering at the Volunteer Fire Brigade centre in Air Putih. Tan had worked very hard and spent quite a lot to position himself to be the candidate of this safe MCA seat.

Tan said to the press on nomination day that Guan Eng “has to travel nationwide to attend to party matters, whereas I have more time to serve the constituents.” He was just thinking about becoming a backbencher Barisan state assemblyman and he thought that Guan Eng, even elected, would just be an Opposition representative.

As they say, the rest is history.

I was asked when I visited the media in Johor Bahru this morning that Johor MCA had been saying that the Opposition, in particular the DAP, had no resources and hence is unable to provide allocation and services to the constituents, and therefore voters should choose MCA instead of DAP. My response is simple, vote the DAP as part of the new Pakatan Harapan Government.

With the people’s mandate, we will use the government’s resources to benefit the people more effectively than the current government. Johor MCA leaders should learn the lesson of their colleagues in Penang as they won’t know whether they would end up as the next Opposition. My advice is that they better be prepared for that possibility, however distant they may feel it now.

On 10th February 2015, Anwar lost his appeal at Federal Court and was sent to prison, depriving the unifying leader of Pakatan.

Two days later, on 12th February 2015, Tok Guru Nik Aziz Nik Mat, PAS’s Musyidul Am, passed away. Nik Aziz was the moral pillar that stood against PAS-UMNO “UG” (Unity Government) collaboration since 2008. His demise made it so much easier for conservative forces in PAS to push for collaboration with UMNO in the name of Islam, against previous coalition parties such as PKR and DAP.

We are able to talk about the possibility of a change of government due to the grand coalition of the original Pakatan parties (PKR, DAP and Amanah) with Parti Pribumi Bersatu Malaysia, and the grand reconciliation between Tun Dr. Mahathir Mohamad and Datuk Seri Anwar Ibrahim.

The realignment between the original Pakatan Harapan parties and the forces aligned with Dr. Mahathir has been a very difficult, emotionally charged and lengthy process due to deep-seated suspicion and mistrust of the former Prime Minister on the part of the original Opposition.

Dr Mahathir quit UMNO on 29th February 2016 and launched the Citizen’s Declaration on 4th March 2016. I was with one former minister aligned to Dr Mahathir on the eve of the launch. He was trying very hard to dissuade the former PM from appearing with Kit Siang. Within DAP, there was also voices against appearing with Dr Mahathir.

Soon after 4th March 2016 launch, Dr Mahathir and Kit Siang appeared again on 27th March 2016 in Shah Alam with a larger audience to push the idea of collaboration of the old foes against Prime Minister Najib Razak’s kleptocracy.

It wasn’t easy. The non-Malay and urban Malay voters lost enthusiasm with the idea of change and further confused by the presence of Dr Mahathir in the Opposition’s camp, the Malay voters were still in a vacuum without clarity in leadership and organization.

The idea of Dr Mahathir and Tan Sri Muhyiddin Yassin forming a political party was first mooted around July 2016 and finally took shape on 9th September 2016 when the party was officially registered. In September 2016, Dr Mahathir and Anwar also met and shook hands for the first time since Anwar was sacked on 2nd September 1998, eighteen years earlier.

Dr Mahathir first spoke about Bersatu joining Pakatan Harapan at its convention on 12th November 2016 when other Bersatu leaders were still not keen and more inclined towards forming a new grand coalition with a new name.

Bersatu and the original Pakatan Harapan parties signed a MOU on 13th December 2016 as a first step of collaboration. It was not until 27th March 2017 that Bersatu was admitted to become one of Pakatan Harapan’s component parties and it took Pakatan another four months of difficult negotiations to formalize the structure of the Mahathir-Anwar grand coalition with Dr Mahathir as Chairman and Datuk Seri Dr Wan Azizah Ismail as President on 14th July 2016.

It took another half a year for Pakatan Harapan to do the unthinkable: to settle seat negotiation for parliamentary seats in the peninsula and to formalise the Mahathir-Anwar grand reconciliation with the naming of Dr Mahathir as candidate for the 7th Prime Minister and Anwar the 8th.

Dr Mahathir puts it very well at the Pakatan convention on 7th January 2018 that it was very difficult for him to leave UMNO which he joined in 1946 when it was formed and now struggle to defeat it at election. At the same time, the former premier reckoned it was even harder for Anwar and his family to accept him as a coalition partner as Anwar suffered prison during his rule.

But we finally made it to present Malaysians an alternative coalition after it was destroyed by Najib in February 2015. We have to thank Najib for his indecisiveness. Had he dissolved parliament in the first half of 2017 before Pakatan reconciled the forces of Dr Mahathir and Anwar, Barisan would probably continue to win power although with such toxic sentiments against Najib it would be almost impossible for BN to regain two-thirds majority.

And, no one expected Dr Mahathir to go so far to become Opposition leader at this advance age of his life, and no one expected Kit Siang and Anwar could reconcile with their former political foe for a common purpose.

Malaysian politics have gone through a sea change in the past three years. Pakatan Harapan went through hell and came back, stronger than before. We are now ready to take on Barisan Nasional in this ultimate election.