Even PAS can’t save UMNO 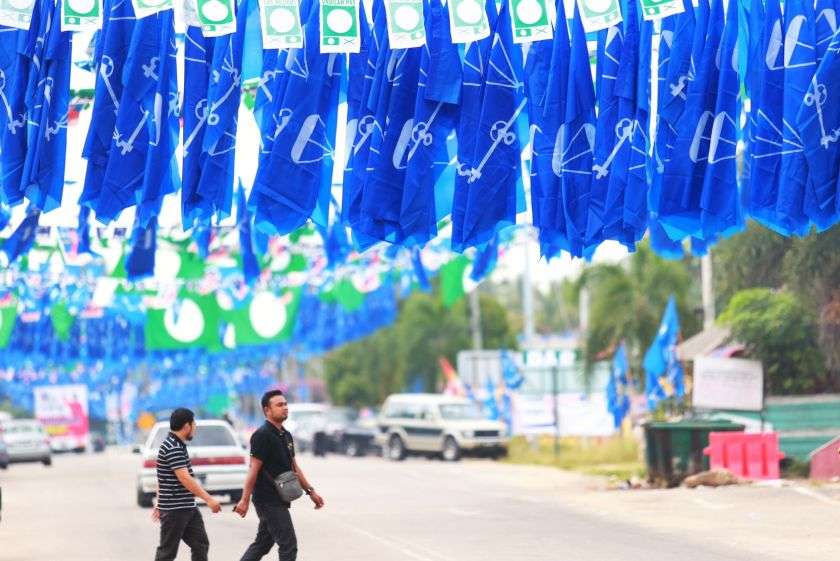 MCA President Liow Tiong Lai and Deputy President Wee Ka Siong have gone on a media campaign claiming that DAP is out to “eliminate” MCA, and therefore Chinese voters should save MCA in order to have “checks and balances”.

To save MCA? What about saving Malaysia? Why didn’t they talk about “checks and balances” on the extensive power of Prime Minister Najib Razak which he clearly abused, especially in the case of the handling of the 1MDB scandals, and made Malaysians suffer?

Wee went even further to argue that DAP is seeking to replace MCA as a partner to UMNO in government. This is ridiculous. MCA’s argument is premised upon the idea that the UMNO ship would never sink. Perhaps they don’t realise that UMNO is struggling, and no one rules out the possibility of UMNO’s defeat this coming general election.

UMNO won 88 seats in the 2013 general election, of which 14 are in Sabah and one in Labuan. UMNO has 73 parliamentary seats in the Peninsula.

Najib and UMNO’s popularity plummeted since 2015. Most serious pollsters and commentators put UMNO’s support among Malay voters at around 40%, a 20% drop from where it was in the 2013 general election.

UMNO’s only saviour is PAS. Some pollsters opine that in a three-corner fight scenario, if the PAS support base doesn’t shrink or if voters who hate Najib shift their votes to PAS, UMNO may prevail as the victor. But both are very big “ifs”.

PAS’ base has clearly shrunk otherwise PAS would not have to worry about a possible defeat in Kelantan. Voters who hate Najib are likely also aware that PAS President Hadi Awang is doing Najib’s bidding.

No one should take voters for granted. Never assumed that voters can be fooled by three-corner fight strategies that would keep UMNO and Najib in power. Even if PAS is still a factor, PAS still can’t save UMNO in Kedah, Johor and Sabah.

In Kedah, Pakatan Rakyat lost 6 seats net in 2013 when compared to 2008 and BN’s Malay support increased by 6% due to the factor of Mukhriz Mahathir and Tun Dr Mahathir Mohamad (and anti-Azizan Razak sentiment – Azizan was the PAS Menteri Besar at the time). This time, the Mukhriz-Mahathir factor is on the side of Pakatan Harapan. Apart from the seats that Mukhriz swung to BN in 2013 which are now available to Pakatan Harapan, Mahathir’s bases of Langkawi and Kubang Pasu, as well as Mukhriz’s base of Jerlun are now competitive for the first time in history. There is a realistic possibility that BN may lose between 7 and 10 Parliamentary seats in Kedah. The PAS factor doesn’t really matter there.

Of Johor’s 26 parliamentary seats, Pakatan Harapan has six seats now, i.e. Bersatu 1, PKR 1 and DAP four. Of the remaining twenty seats, 10 of them are marginal in 2013, and Ayer Hitam is not in that list but now competitive though difficult. Again, the PAS factor doesn’t matter in Johor.

The Opposition won three seats in Sabah in 2013 but BN won another four seats with less than 50% of votes thanks to multi-corner fights in the Kadazan areas. There is an interesting piece of news recently which says Sabah Barisan Nasional Government is now intending to withdraw the 13 new seats created in the State Assembly in 2016 ostensibly because they lead to BN’s internal bickering. The real story is that half of those new seats are in Bajau areas which are Shafie Apdal’s turfs. When these seats were created, it was assumed that the East Coast is solidly behind Barisan Nasional, which is clearly not the case now. If Pakatan Harapan Sabah and Parti Warisan can collaborate in a grand coalition for Sabah, BN may lose up to 10 more parliamentary seats in Sabah.

Therefore, Sabah, Johor and Kedah may contribute up to 30 seats for the new Pakatan Harapan federal government.

Apart from that, if there is a 15% swing of Malay voters who voted for BN in 2013 to Pakatan in 2018 across the board, Pakatan may win 5 more seats each in Perak, Selangor and Pahang, and at least two each from Negeri Sembilan and Melaka.

Of UMNO’s 73 seats in Peninsula, only 30 are safe for BN. The rest are all competitive and even PAS can’t save UMNO, not to mention MCA. MCA is only UMNO’s “also-rans” which depended on UMNO for Malay support while not of much use for UMNO’s sinking ship.

MCA top brass are just fishing for sympathy. But the next election is not about their survival. The GE14 is about Malaysians deciding their own future, about the people voting for a new government, and about UMNO becoming the new opposition party.

Liow and Wee should accept the fact that this coming general election has nothing to do with MCA. It’s the people’s election.