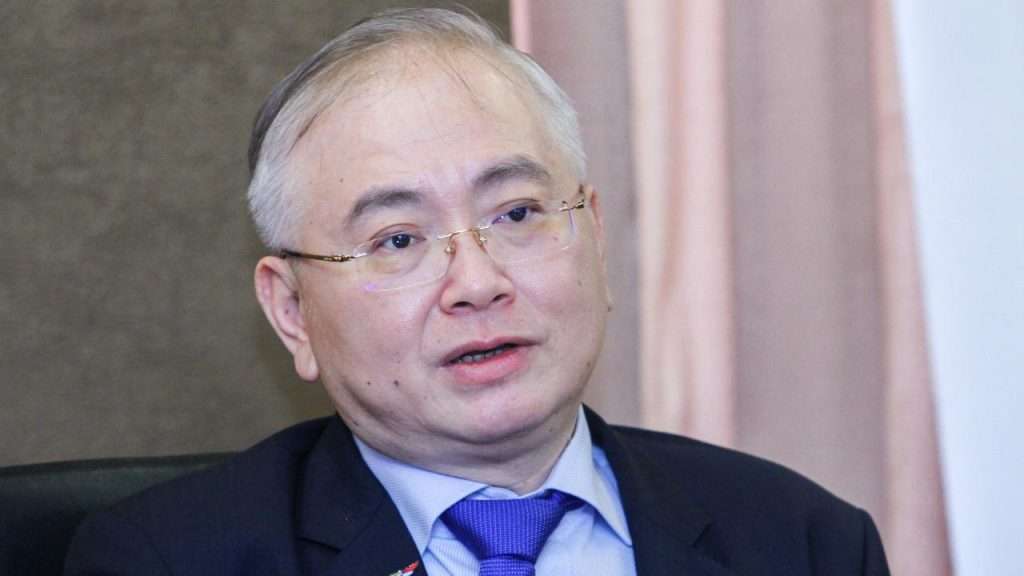 In an extensive exclusive interview in Chinese language with China Press, MCA Deputy President Wee Ka Siong made three major but contradictory statements which are worth the nation’s attention:

Second, he also claims that if MCA is defeated yet UMNO remains in power, DAP would work with UMNO to replace MCA.

Third, he argues that the coming 14th general election is a referendum vote for the Chinese community against Tun Dr Mahathir Mohamad to tell him that “the Chinese don’t trust him, even for a two-year m premiership he is seeking”.

Wee is wrong on so many levels. He still lives in the “Chinese politics” box in an era when majority of ethnic Chinese voters want a better Malaysia for all Malaysians.

Wee is playing the old racial game, trying to strike fear into the heart of ethnic Chinese swing voters with the allegation that Bersatu is no different from UMNO, and both would collaborate to perpetuate Mahathir’s influence post-election.

Firstly, when UMNO loses power it would mean UMNO no longer have at least 40 of the 88 federal seats it won in 2013. This means Pakatan Harapan component parties had won all those seats.

By then, there is no need for any UMNO elected representatives to cross over because Pakatan Harapan would have already obtained a majority. By that time, UMNO would be the Opposition.

Secondly, the most important aspect of Wee’s interview is that he admits that UMNO could be “the largest Opposition party” post-GE14. Even UMNO leaders like Johor and Negeri Sembilan Menteris Besar, Khaled Nordin and Mohammad Hassan, respectively, at the urging of MCA leaders, have been telling Chinese voters to vote for MCA candidates to ensure “Chinese representation”, as if BN/UMNO would never lose power.

Therefore, Wee’s recognition that UMNO may be the next largest Opposition party invalidates MCA’s fear tactic of “a Malay (BN/UMNO) government without Chinese”, and ultimately confirms that UMNO is sinkable in GE14.

The prospect of UMNO losing power thus invalidates Wee’s own contradictory statement that DAP would work with UMNO in the event of MCA being defeated. The fact is MCA depends on UMNO’s Malay vote bank to survive. The moment there is a massive Malay swing/wave against UMNO, MCA would sink with UMNO.

Finally, GE14 is not a referendum against Mahathir’s two-year premiership bid. It is the people’s campaign against Prime Minister Najib Razak’s kleptocratic misrule.

Mahathir’s legacies have never been a total failure. When he stepped down in 2003, despite obvious flaws, even DAP leaders recognised his contributions especially putting Malaysia on the world map and modernizing the nation and its economies. Whereas, there are virtually no positive stories of Najib’s nine-year premiership.

The point is Mahathir had voluntarily given up power before. He is returning to put the country back on the right shape, and hand the nation to good hands in 2020, the year that Malaysia was once promised to join the ranks of great nations.

To vote for BN means to uphold Najib’s scandal-ridden rule. This means more hardships to endure, and more misrule for many years to come with no end in sight. No matter how bad life is for us, Najib will never leave office voluntarily.

If there is a referendum, it is for Malaysians to reject BN and to vote Pakatan Harapan for a better and fairer nation where the people respect one another and care for each other.

Previous PostChange is in the air
Next PostWhy target billionaire Robert Kuok?