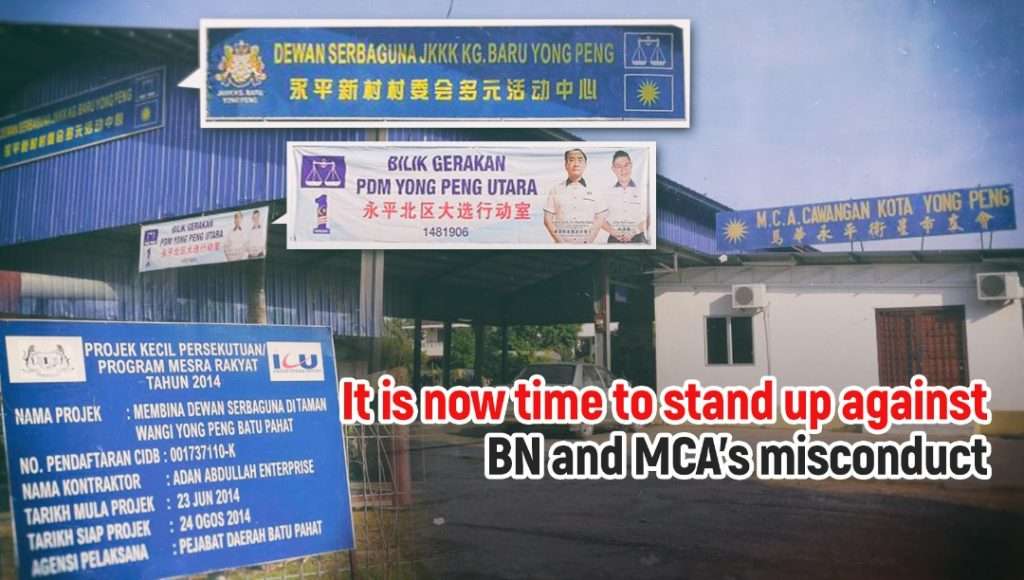 After the whole exposé on the misuse of the Voluntary Fire Brigade building in Ayer Hitam, we have received a tip-off from a member of public regarding an alleged exploitation of a Village Development and Security Committee (Jawatankuasa Kemajuan dan Keselamatan Kampung, JKKK) multi-purpose hall being used by MCA as an election campaign centre. 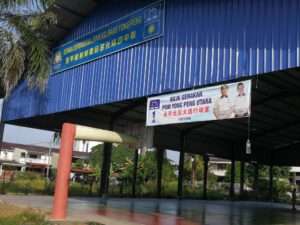 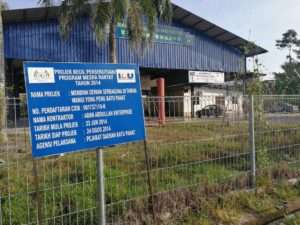 Since the Kampung Baru Yong Peng JKKK multi-purpose Hall located at Taman Wangi is considered a government building, it is not unusual for it to bear the Johor state emblem on its signage. What is unusual is for the BN and MCA logos to appear on the building signage.

Right next to the multi-purpose hall sits the Yong Peng MCA branch office. This is the ultimate evidence of MCA’s unethical practice as the party treats the JKKK multi-purpose hall – which is a public resource- as their own building.

As the election nears, MCA even brazenly set up their election campaign centre for Yong Peng Utara at the exact same building. 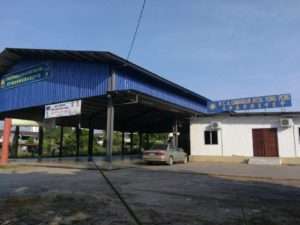 These resources and facilities which are built using taxpayer’s money should be made available for public use, including the ruling and Opposition parties. However, unlike the ruling coalition who can freely take advantage of meeting rooms at the district councils for party division meetings and utilise publicly-funded buildings as election campaign centres, such public spaces are off limits for the Opposition.

The notice board in front of the multi-purpose hall indicates that the structure was built in 2014 as a part of Putrajaya’s People Friendly Programme (Program Mesra Rakyat), which is under the care of the Prime Minister’s Department’s Implementation Coordination Unit (ICU).

As I have reiterated over the years, these funds allocated under the People Friendly Programs are ‘slush funds’ which the prime minister uses to maintain his hold over supporters for the purpose of his political survival. Most of the time, local political leaders of the incumbent party are the ones who benefit the most out of it.

Pakatan Harapan emphasizes on fair sharing of public facilities, which is an issue that MCA and Wee Ka Siong has steered away from in their public statements. Will the Opposition one day have equal opportunities to access federal government funding and public spaces?

We call upon the public to come forward to report any wrongdoing of BN and MCA in the misuse and abuse of public-funded facilities, by sending us a message on my Facebook page. It is time to make it clear to them that they should stop this malpractice.