Is Wee Ka Siong running for Ayer Hitam in Johor or Air Itam in Penang? 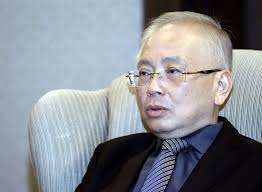 Speech by DAP Johor Chairman and MP for Kluang Liew Chin Tong at Pakatan Harapan Yong Peng ceramah on 24th February 2018 (released on 25th February 2018 to national media)
Since Pakatan Harapan settled its federal seat negotiation on 7th January 2018 and since it is made known on 10th January 2018 by a Chinese newspaper that DAP is fielding its candidate in the seat of Ayer Hitam, Johor, on behalf of Pakatan Harapan, the incumbent MP Wee Ka Siong has suddenly taken a huge interest in Penang’s affairs, especially on the tunnel project, which he has been commenting on a daily basis since the third week of January 2018.
It kept me wondering whether Wee Ka Siong is running for the seat of Ayer Hitam in Johor or the seat of Air Itam in Penang?
For instance, I raised three examples of gross abuses of power by Wee’s campaign team in Ayer Hitam over the past three days, Wee didn’t answer my questions but asked his subordinates to ask me why I don’t talk about the Penang tunnel project but raise issues about Ayer Hitam instead.
I find it so amusing that Wee as the Johor MCA Chairman is refusing to answer questions about his own abuses of power to questions raised by the Johor DAP Chairman and Johor Pakatan Harapan Deputy Chairman.
The three cases I raised are:~
First, MCA Ayer Hitam is using the Bomba Sukerelawan premises, built with funds from Implementation Coordination Unit (ICU) of Prime Minister’s Department, as its election campaign centre in Ayer Hitam New Village.
Second, Yong Peng District Council removed Pakatan Harapan flags in the area but spared the flags of Barisan Nasional and PAS. Also, as a regular practice, Wee chaired the MCA Johor State Liaison Committee meeting at Yong Peng District Council premises.
Third, MCA Ayer Hitam has another election campaign centre sets up inside the Village Committee (JKKK) multi-purpose public hall in Taman Wangi, Yong Peng.
MCA and UMNO act as if they will remain in power for a thousand years in Johor and treat government facilities and funds as part of their campaign largesse. I wonder, without relying on the support of government machinery, can MCA or UMNO ever stand on its own to win the hearts and minds of the people in election?
In fact, the need for Wee Ka Siong to act as if he were “Opposition Leader” against the Penang State Government and Chief Minister Lim Guan Eng is a testimony of failure of MCA Penang to act as an effective Opposition in the past decade since 8th March 2008.
MCA Johor is now reduced to rely on government machinery, properties and funds to campaign for election, as well as to campaign by telling the voters that will face retribution if they do not vote for the government of the day, i.e Barisan Nasional.
What MCA and UMNO should do is to compete with Pakatan Harapan to tell the people of Johor which coalition would serve them better in the next five years and through what sorts of policies.
MCA and UMNO Johor better learn faster on how to be a good Opposition party in the event if they lose power. Else they will end up in a situation like Wee Ka Siong suddenly emerging from Ayer Hitam in Johor to Air Itam in Penang, pretending to be Opposition Leader in Penang as MCA, Gerakan and UMNO have failed to serve as an effective Opposition in Penang for the past decade.
If Wee is still running in Ayer Hitam in Johor, I suggest that he is better off starting to reply to my questions personally to explain to the Malaysian taxpayers why abuses of power of using public premises for election campaign happened under his watch, and in his name in his own seat.