The centrality of decently paid jobs 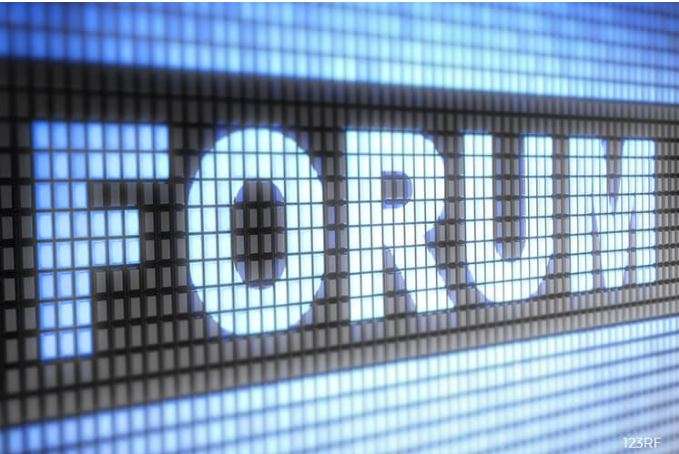 I want to start by offering a vision for Malaysia’s future: Society’s income distribution will transition from its current triangle shape, which is large at the bottom, into a more equitable diamond structure, anchored in the centre by a strong and stable middle class.

Each of us in the New Malaysia will have to do some hard thinking about how to translate this vision into reality.

We must be clear that Pakatan Harapan did not win the last election by fanning racial, religious or sub-nationalist sentiments. Instead, the election revealed what I have always known to be true: The foremost concern of Malaysians is not one’s racial identity, but one’s rice bowl.

This does not mean that racial and religious rhetoric and divisions have suddenly disappeared. But these divisions only matter when those in power fail to generate equitable economic growth. Under economic hardship, our fears and anxieties are easily taken advantage of and channelled into distracting conversations about race and religious differences.

So, as a new government promising a different approach, we can start afresh by building an economy for the many, not the few. Our democracy will be secured if an equitable economy can provide the basis for a strong nation with fewer divisions.

I would like to offer three ways we can use the levers of state power and the tools of policymaking at our disposal to restructure our economy, so that all Malaysians can have access to meaningful employment with decent wages to rebuild an inclusive economy.

First, the tough change begins by upgrading wages and jobs at the bottom. We must invest in our most valuable assets — our people. We want to create a virtuous cycle of higher pay, higher skills and higher productivity, leaving no one behind.

Our economy must not only do “body counts” through huge numbers of low-skilled or unskilled foreign workers but must value skilled workers and, increasingly, care workers.

Second, the flying geese model has outlived its utility. The model presupposes that the US (and Europe to a lesser extent) is the final export destination for Asian industrial output, which is not realistic especially after the global financial crisis a decade ago, not to mention the current US-China trade war.

Finally, as an overarching player in the national economy, the state will have to take on an active entrepreneurial role, set clear directions for the private sector to develop, and grow our economy to be regionally dynamic and globally competitive.

1. Upgrading of jobs begins at the bottom

If one goes by the International Labour Organization’s categorisation of jobs, many of Malaysia’s jobs are semi-skilled. However, if one looks at the median pay, the majority of Malaysian workers are paid less than RM2,000 per month. In other words, our wage structure is bottom heavy.

Low wages have compelled many Malaysians to travel across the Strait of Johor daily for better-paying jobs, pick fruits illegally in Australia or work illegally in South Korea. While most Malaysians reject local 3D jobs — dangerous, dirty and demeaning — they find themselves employed in the same nature of work overseas.

According to Bank Negara Malaysia data, around 200,000 Malaysians commute to Singapore daily for work and about 40% of them work in 3D jobs. Is this the best we can offer them? Can we not upgrade the wages of local 3D jobs to allow them to earn a comfortable wage at home?

But it is possible if we reorganise our economy. The practice of authorities handing lucrative garbage collection contracts to cronies has resulted in many layers of subcontractors. Often, they are middlemen/rent-seekers who profit from the contract obtained through political connections.

By the time it reaches the real subcontractor, the job may not be lucrative any more. The subcontractor, ever worried about cutting cost, would pay a minimal amount to unskilled foreign workers.

It is imperative that we raise the pay level of these jobs by taking out the unnecessary middlemen. The Seberang Prai Municipal Council, under the Penang government, did exactly that by using the first five years from 2008 to remove over a hundred garbage collection contractors, replacing them with 2,500 Malaysian workers with a take-home salary of RM1,900. Instead of paying a crony contractor, contract workers were hired directly. Each recruitment exercise saw 10 times more applicants than positions offered, a strong signal that Malaysians are prepared to work in the 3D sector at that wage level.

Wage growth through restructuring will not only benefit those at the bottom. If garbage collectors are paid RM2,000, it would stimulate everyone else’s income to rise. Should other employers not raise salary levels, they would find it difficult to get anyone to work for them, since most, if not all, fresh graduates would choose to become garbage collectors instead. Only when those at the bottom are paid much better can a rising tide of higher productivity and higher wages be generated.

One might argue that paying workers more would burden employers, but by narrowing the gap between low and high-skilled jobs, the industries will have more incentives to innovate and thus hire more high-skilled workers and develop more skill-intensive procedures. This would spur our economy towards appreciating value-added growth.

Instead of hiring five to six foreign garbage collectors, why not employ one Malaysian driver capable of operating an automated garbage collection truck and pay him the combined wages of those foreign workers?

2. A paradigm shift from the low-cost manufacturing export growth model

For the past 50 years, East Asia has been the prime example of a flying geese model in which the US was the final export destination. Nations suppress wages in order to attract foreign direct investment to enable the manufacture of competitively priced export products.

But, this model is coming to an end very soon — or to be more precise, it has already run its course. During the early 1970s, export-led growth brought great prosperity to Malaysia. However, Malaysia lost its competitive advantage when China entered the World Trade Organisation in 2001. Since the global financial crisis in 2008, treating US (and, to a lesser extent, Europe) as the final destination of Asian exports is doomed to fail as the meagre growth in the developed world in the past decade has not generated many decent jobs, which simply means that mass consumption of Asian produce will not increase by much, and may soon even go into a decline.

An export-led strategy presupposes that a wealthy US and Europe will be able to continuously consume Asian industrial products. Since 2008, the US and Europe have experienced very slow growth and very high unemployment. This means wage growth will not be high and consumption will not be strong.

We are at the very end of the window period for US-centric export-led growth. China will likely be the last country to reap benefits from this. We must radically rethink our current economic growth model for Malaysia specifically and Asia in general.

This reliance on foreign labour is key to sustaining the export model. Foreign labour competes with local workers by downgrading wage levels. This ultimately harms the local economy because the potential that domestic consumption holds cannot be unlocked when the rakyat has little spending power.

Our domestic market will grow if industries make a sustained effort to create new middle-class skilled jobs. While domestic consumption has become the main driver of the Malaysian economy since 2009, this has mostly been debt-fuelled, not income-driven, resulting in our very high household debt level of around 90% to GDP. The challenge here is to grow the domestic and regional market by growing income levels, not by relying on unsustainable debt-driven consumption.

Reducing our reliance on foreign workers is not an act of xenophobia. Oftentimes, unethical employment agencies attract foreign workers into low-wage jobs with minimal protection. In these dangerous lines of work, they are subjected to abuse, lax protection and health hazards.

Moreover, foreign workers repatriate a large share of their income, which limits the spillover effect on the domestic economy.

Instead of hiring thousands of cheap foreign workers to work in factories assembling goods, we should instead pump resources into automation research and development. We must create better-paying jobs for a smaller pool of locally-hired skilled technicians, software developers and equipment managers who each contribute an important skillset to ensure that the production line runs smoothly.

It is high time that we get rid of Malaysia’s reputation as a low-skilled, low-cost exporter. This is a model that can no longer work in a less trade-oriented global economy. In its place, we should reskill Malaysians to prepare them for middle and high-skilled jobs, as well as care work, because the demand for such work will rise with a growing middle class.

3. The importance of the state in managing this transition

For further economic growth to take place, the state has an important role to play. It must set clear directions for industries and the private sector to develop in a nationally coherent manner.

This is the essence of an entrepreneurial state, the term coined by economist Mariana Mazzucato. The economy cannot grow when the state abides by a free-market doctrine. The state has to be an active player through funding investment into innovation and technology, and setting policies to regulate industries and incentivise private sector growth, especially in having a clear road map on how to evolve the labour market into the next phase.

Growth is a whole-of-society endeavour, and the state will have to play its role as the central coordinator of different stakeholders in the economy.

For example, government-linked companies (GLCs) are dominant players in many industries in Malaysia. Yet, it is often not clear whether their mandate is simply profit-maximising or to be key drivers of national economic development.

Without sacrificing the need to be profitable, GLCs can carry more weight in our national aspiration to become a high-tech, high-skilled economy.

For instance, we have a two-tier healthcare system of private and public hospitals. However, most private hospitals are actually also owned by the government, through IHH Healthcare Bhd, KPJ Healthcare Bhd and Sime Darby Bhd.

To name a positive step, GLCs can play a constructive role in first upgrading the wages of nurses instead of driving an exodus of experienced nurses towards better-paying destinations such as Saudi Arabia and Singapore.

Moreover, they can also do more to complement the public healthcare industry, invest in breakthrough medical technologies and upgrade the overall standards of healthcare in the country.

This is what I mean by an active entrepreneurial state. It is a state that actively sets strategic goals for industries through its various financial, business and investment arms.

Growth and distribution are like two propellers on an aircraft. Growth without distribution would spell trouble for the aircraft because demand would not be broad-based and may not be sufficient to sustain long-term growth, and failure to distribute adequately may also spell non-economic troubles that may threaten the prospect of growth.

But the most important tool for distribution is not welfare. It is jobs — decently paid jobs. These jobs will hopefully allow Malaysians to afford more than just basic necessities and to enjoy good quality of life.

Liew Ching Tong is Deputy Minister of Defence. This article is an excerpt of his speech at the Economic Roadmap Conference, organised by Social Democracy Network in Asia on Sept 22 in Penang.