Malaysia as a Maritime Nation 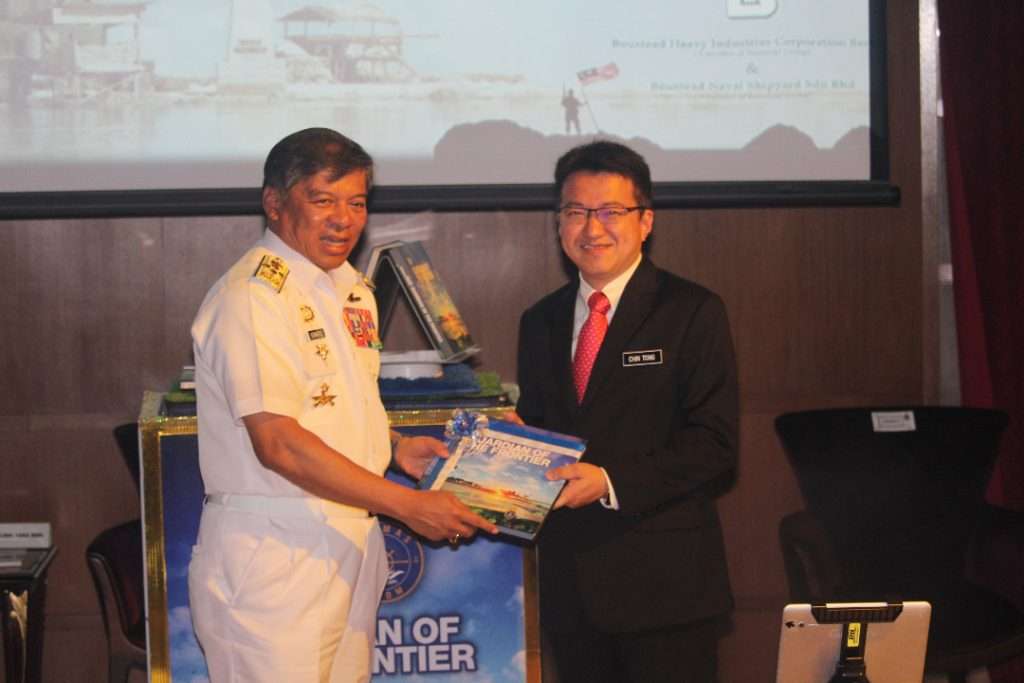 I am honoured to deliver the Keynote Address and officiate the inaugural Royal Malaysian Navy Human Capital Transformation Seminar today. 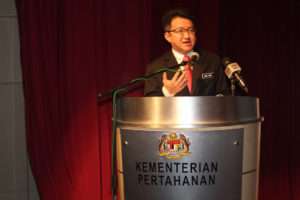 First, I would like to take this opportunity to pay tribute to the leadership of the Chief of Navy, Tan Sri Kamarulzaman Badaruddin, who is handing over his command this Friday, 30th November.

Under his 3-year watch since November 2015, Tan Sri Kamarulzaman has made two important contributions to the Navy and to the nation:

Malaysia as a maritime nation

Tan Sri has forcefully emphasized a concept that we should already know but never really paid attention to, which is that Malaysia is a maritime nation.

We are located between Indian and Pacific Oceans, and with waters in the Straits of Malacca and South China Sea. These are the busiest sea routes in the world and very contentious waters with overlapping claims and great power competition.

Geographically, Malaysia is in the middle of so much maritime action. Hence, it is important for the Navy, the Armed Forces, and our nation to put the idea of Malaysia as a maritime nation at the centre of our strategic thinking for the future.

Today’s launch of the book “Guardian of the Frontier” is a reminder to Malaysians that during Tun Dr. Mahathir Mohamad’s initial years as Prime Minister (and when he was Defence Minister between 1981 and 1986), the idea of “Malaysia as a maritime nation” was given very serious attention.

Tan Sri Kamarulzaman and his team have an economic plan, which is very unusual for a military leader. To me, the Royal Malaysian Navy #15to5 Transformation Programme is essentially an attempt to explain the Navy’s long term needs in economic language that could be comprehended by laymen: including politicians, policy thinkers and even the rank and file.

More often than not, Malaysians do not understand the role and responsibility of the Armed Forces. In fact, politicians in the last government even directed military personnel to guard prisoners in military camps. This is a huge waste of precious human capital.

What #15to5 manages to do is to explain to society at large the role of the Navy to guard the maritime economic interest of the nation. In order to do the job, resources have to be provided to the Navy. At the same time, the Navy would have to make major changes from 15 classes of ships to 5 classes. We cannot go on doing business as usual, this is a line that Tan Sri Kamarulzaman often repeats.

The other economic argument that #15to5 attempts to put forward is to grow the local shipbuilding industry in a sustainable way. It is hoped that a long-term commitment to build naval ships gradually, will be able to outlast the economic cycle of booms and busts.

I am not advocating that we should only measure the contributions of the Armed Forces through economic value. The military is about serving the nation through blood, sweat and tears. But, it is quite a useful approach to see the Armed Forces as an economic sector and a force to be reckoned with as far as the economy is concerned.

I would also like to add that, Tan Sri and his Navy team are good salesman too. Other than #15to5, think about PASKAL!

The second subject I would like to touch on this morning is about human capital and a Smart Force. The Navy #15to5 Programme consists of 3 main pillars: People, Process and Platform. In the cliché of “men, machine, method”, “people” is the most important variable.

The military is a great institution that places a lot of attention on the education of commissioned officers. In this regard, the Malaysian Armed Forces has done quite well.

Moving forward, our society is becoming more well-educated through the democratisation of education. Most people are also connected to all the information of the world through their handphones at their fingertips.

Military institutions all over the world will have to think of how to see the other ranks as part of a Smart Force. We must provide them with superb education during their service, which will also then allow them to obtain great second careers post-service.

To remain relevant, we need to create a Smart Force that is technologically skilled, innovative and adaptive to change.

In terms of officers, we need to nurture leaders, maximise their potential and eventually groom more thought leaders and strategic thinkers from among the military to help shape the future of the nation.

There is no one-size-fits-all formula to leadership – as the saying goes, great necessities call out great virtues. Malaysia and the region will be faced with many strategic challenges and choices in the years to come, given the great power rivalry in the region and other complex threats faced by all societies.

It is in this context that I would like to commend the Royal Malaysian Navy for organising today’s seminar and to all speakers from near and afar, especially Captain Anthony Klenthis from Australia, thank you very much.

It is now my pleasure to declare the Royal Malaysian Navy Human Capital Transformation Seminar open and wish you all a successful seminar.

Previous PostCountering terrorism with democracy
Next PostThe military as a professional, non-partisan force