The military as a professional, non-partisan force 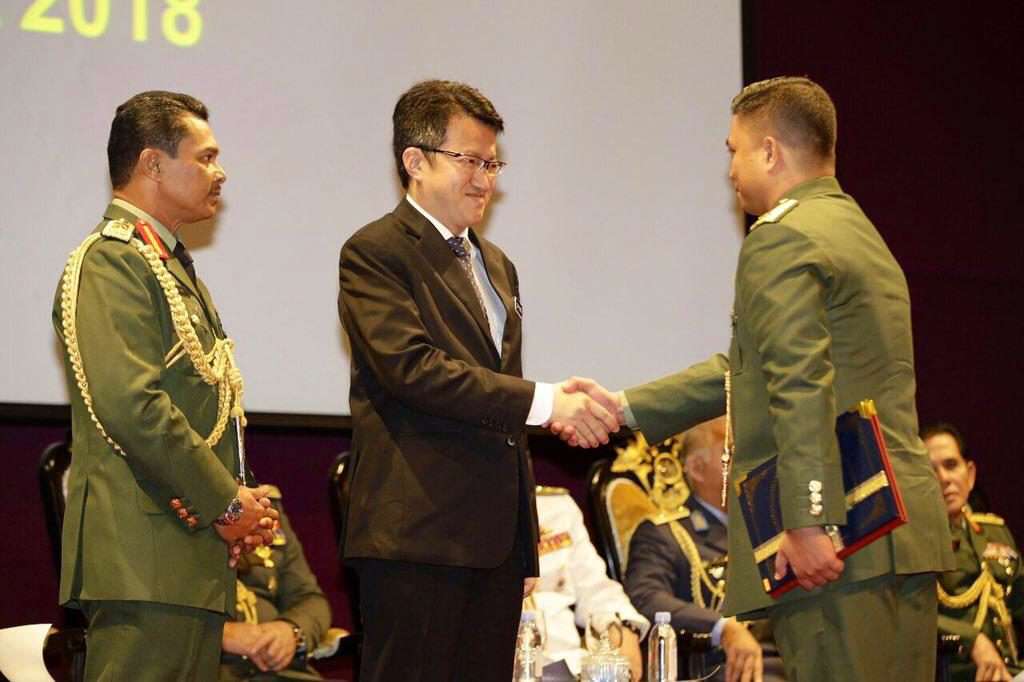 Adapted from a speech by Deputy Defence Minister Liew Chin Tong at The Graduation Ceremony of the Malaysian Command and Staff Course (Kursus Memerintah dan Staf) in Wisma Perwira on 12 December 2018.

The role of a professional officer corps gives greater impetus to democracy. As described by Samuel Huntington in his book “The Soldier and the State”, in a functioning democracy, the professional officer corps is the only body standing between good and bad military decisions by a civilian government. They do this by instilling two salient characteristics to every officer inducted into their fraternity: a neutral stance on domestic politics, and a keen awareness of the costs of waging war.

As the Chief of Defence Forces, General Tan Sri Zulkifli, has previously emphasized, the military must be non-partisan. This is especially true for the officer corps, who bears the responsibility of leading the military in conflict. Professional officers set the standards for the enlisted men to follow; if they are compromised by partisan interests, they risk compromising combat effectiveness. History has shown repeatedly that such dynamics are not conducive to both stable and legitimate governance as well as effective military planning and execution.

Consequently, a non-partisan and thus well-trained officer corps knows better than anyone else the costs of war. Huntington describes this specific skill set as “the management of violence.” Managing violence is not only about training and equipping a force, nor is it merely the planning of combat activities, but it is also the directing of such forces into and out of combat. In essence, it is equally important to win in war and in peace.

This brings us to the most puzzling but important paradox of your profession: you are well-trained and experienced in the precise applications of violence, but also understand the need to avoid its uncontrolled use.

With great power comes great responsibility. Truly professional officers understand this paradox, and must do all they can to guide their civilian governments from total calamity. They must deter their governments from making rash, aggressive decisions by making their civilian counterparts, such as myself, understand the weight of such decisions. As Herbert Hoover once said, old men declare war, but it is the youth that must fight and die. We must not unnecessarily invent wars for our people to fight.

This paradox is best evidenced by the stark contrast between former Chairman of the US Joint Chiefs, General (and later Secretary of State) Collin Powell, and his civilian contemporaries in the second Bush Administration, Donald Rumsfeld and Dick Cheney. Rumsfeld and Cheney both were major proponents of the Iraq War; Collin Powell was far more measured in response. He said: “War should be the politics of last resort. And when we go to war, we should have a purpose that our people understand and support.”

This institution of a professional staff officer college is also an excellent avenue for fostering closer defence ties. Of the 164 course participants today, 46 are from 27 different countries. This brings together diverse perspectives, cultures, and historical understandings of the conduct of war. Different countries face very different yet equally difficult technical military problems. This platform serves as an important tool in facilitating this aggregation of thoughts into practical solutions.

In the same vein, understanding these basic principles and problems from other countries also allows us to understand the defence needs and prerogatives of each other much more closely. This in turn facilitates our ability to deconflict a tense situation which hopefully should not arise so often. Additionally, it will help lay the basis of greater interoperability between our forces.

Furthermore, it serves as a way to reinforce again the need for and the appreciation of a strong philosophical drive for a professional, independent military officer corps. In this way, it forges a stronger, soldierly and brotherly bond that no other vocation offers. Such a bond instills a sense of pride in the profession not often found in any other job.

To conclude, a professional officer corps is an important military institution for guiding legitimate democratic governments and ensuring that they make balanced decisions. Professional officers are competent and efficient at military management. They also have a deep-rooted philosophical understanding of the atrocities of war and the need for caution in its execution.

It also serves as an important component of defence diplomacy by allowing officers from our countries to forge strong professional bonds through understanding and interoperability. In this way, your importance to the functioning of your countries cannot be overstated.

So, congratulations again to all of you. I wish you the best of luck in your professional careers.