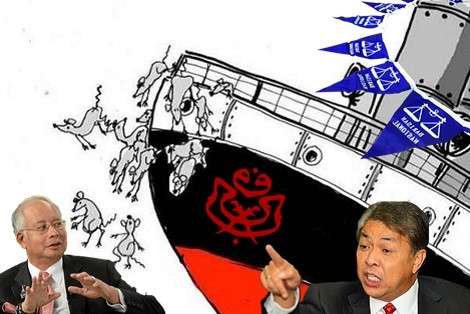 I am touched to know that DAP members from Triang made a long trip, which took them hours, to Ayer Hitam, Johor, on 18 March 2018 to witness the announcement of myself as the Pakatan Harapan candidate for Ayer Hitam by DAP Secretary-General Lim Guan Eng, joined by Pakatan Harapan Chairman Tun Dr. Mahathir Mohamad and other top leaders.

While I did not win the seat, the battle of Ayer Hitam helped convey a message to our supporters: that defeating the Barisan Nasional Government was not impossible.

What did we learn? If we follow blindly the so-called “public opinion” generated by Bahasa Malaysia and Chinese mainstream newspapers, we would have lost hope, packed our bags and hung up our boots.

Instead we, Pakatan Harapan national and grassroots leaders, must lead public opinion and be prepared to make tough decisions, guided by our beliefs and principles.

At present, the media is focused on UMNO leaders jumping parties. Such attention and perspective have resulted in negative sentiments among Pakatan supporters.

One glaring example is the sleazy and tainted politician Rahim Thamby Chik applying to join Parti Pribumi Bersatu Malaysia. He is a liability and doesn’t add value to Pakatan’s cause.

But the larger question is how do we, as Pakatan, as a society and as a nation, deal with the crumbling of UMNO. We must accept the fact that 9 May 2018 was a massive political earthquake and tsunami, and therefore there are bound to be aftershocks.

As long as Najib Razak and his right-hand man Zahid Hamidi are in charge of UMNO, its grassroots and middle ground Malay and other Malaysian voters will never return to its fold. Their kleptocratic reputation has damaged their leadership. If Zahid continues to helm UMNO, it would break, and leaders would jump out before the ship sinks.

The immediate aftershock of the anti-ICERD rally on 8 December 2018 signalled the end of UMNO in Sabah. For Sabahans including Sabah UMNO members, collusion between UMNO and PAS was a bad idea. Sabah voters are more multiethnic in outlook than most voters in Peninsula.

Zahid and Najib only know the dirty politics of race and religion, and they don’t represent the future. Many people believe that Zahid’s UMNO will become just a Dewan wing of PAS.

There are at least two other loose groupings, one aligned with Hishammuddin Hussein and the other with Khairy Jamaluddin. These two groups don’t see eye to eye, but both reject the leadership of Najib and Zahid.

Could there be a group of UMNO leaders who would leave their party to form a new multiethnic party? If it happens, what would Pakatan do? If it doesn’t happen, how will Pakatan handle the situation?

We are in the first ever transition – political, economic and social – of our nation’s history. The collapse of the former authoritarian regime could not be an easy exercise.

My appeal to DAP and Pakatan supporters is that we need some patience in this aftershock period.

Yes, we must speak out without fear or favour, but we need to work together with our Pakatan partners to see this transition period through.

Instead of hurling insults, we should persevere with our aim of building a Malaysia Baharu where every citizen will share the benefit of a peaceful, equitable and more prosperous nation.

The disintegration of UMNO in its current form is actually a great achievement for Malaysian democracy. Since UMNO is no longer fighting its original cause of 1946, it is better for a new platform to exist for the benefit of all Malaysians including the Malays.

Previous PostMCA and UMNO-PAS are not democratic forces
Next PostHonouring Adib: the challenge of New Malaysia