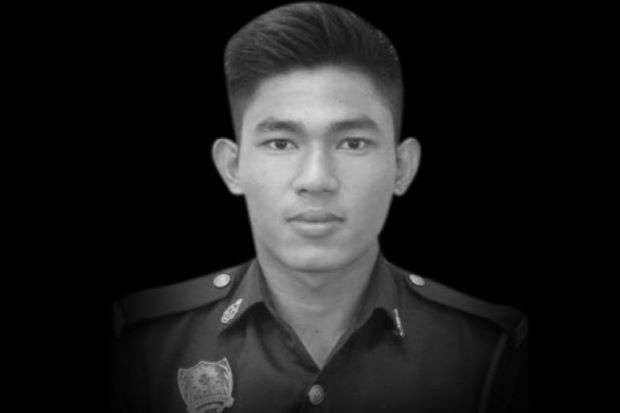 The death of fireman Muhammad Adib Mohd Kassim is a dark moment for the fledging New Malaysia movement. An innocent life has been lost. All Malaysians are keen to see the law deal with those guilty of the crime, and for justice to prevail.

What appears to have been the crux of the problem is that there was a total lack of trust on all sides. The temple’s congregation had been threatened and harmed by thugs the night before the incident, yet they had no confidence in the authorities’ willingness to protect them.

We must learn from this sad episode. For our society to stay peaceful and progressive, we need to rebuild trust in fellow Malaysians and rebuild trust in the rule of law. We must rebuild a system where the authorities are trustworthy and trusted.

Each one of us who wants to see New Malaysia thrive must engage in self-reflection, be aware of the need for mutual trust, and then move ahead without hesitation and with common purpose.

Perhaps, New Malaysia is trying to do too many things all at once. We wish to build a new democracy but without first constructing a very strong national narrative that cuts across ethnic lines. Such a narrative is crucial if New Malaysia is to be an inclusive and evolving one.

Malaysian society was ethnically divided historically since the Japanese Occupation and this continued on Post-independence, where a very tense period ensued until 1990.

I want to remind us about an almost forgotten period from 1991 (when Tun Dr. Mahathir Mohamad unveiled the idea of Vision 2020/Bangsa Malaysia) until 2005 (when UMNO, buoyed by its electoral victory, incomprehensibly decided to move right, marked by Hishammuddin Hussein waving the keris at the UMNO general assembly).

During this fourteen year period, there was relative calm and common understanding between Malaysia’s ethnic groups, and more importantly, a semblance of shared purpose, albeit weak: Vision 2020.

The years between 2005 and the 2018 election saw UMNO at the forefront of a right-wing surge. UMNO was on a mission to inflame racial sentiments against non-Malays in the hope of consolidating Malay votes amidst rising doubts about the integrity of Najib Razak and his associates.

But that was then. Now, the New Malaysia experiment faces danger of failure if we fail to lead with a national narrative. We need to offer an improvised version of Vision 2020.

Around the time that Dr. Mahathir unveiled Vision 2020 in February 1991, the economy was booming with huge gains for many. To be sure, Malaysia wasn’t a functioning democracy then. We had an inclusive national narrative then, but the mass media was controlled and most people were fearful of political detention.

Today, the current situation is the opposite. New Malaysia is a democracy, but we have no clear inclusive national narrative yet. This vacuum has serious implications.

The challenges for New Malaysia are: first, the mainstream discourse, especially in the media but also social media, is still obsessed with ethnic perspectives.

Second, as a result of this obsession, there is no attempt to build trust between Malaysians. Hence when there is a crisis, people resort to racial lens to compensate for the lack of a national Malaysian perspective.

Third, the national institutions do not have sufficient stature in the eyes of the public, compromised as they were by corruption and by the political manipulations by the previous government.

Unless the Pakatan Government rises above all these factors to lead and inspire with a national Malaysian narrative a la Vision 2020/Bangsa Malaysia, the discussion will continue to be pulled apart by the fringes on both ends.

The New Malaysia narrative needs to come with at least three components: first, support for democratic institutions that provide everyone with a set of rules of engagement in public affairs while sanctioning those who go beyond the agreed boundaries, without fear or favour.

Second, the Government must enhance and be seen to enhance the economic wellbeing of ordinary Malaysians, especially the Bottom 40 percent. Ethnic strife is usually caused by merchants of fear and ethnic pride capitalizing on the economic sufferings of ordinary folk.

Third, national political leaders must be committed to a non-racial approach in managing social problems. We must drive a very strong message that every leader in the Pakatan Government is there to serve Malaysian of all races and backgrounds. Such attitude will over time permeate society in its entirety.

The death of Adib and the Seafield crisis, together with the anti-ICERD crisis, are signs that things can easily go very wrong in the New Malaysia experiment. It is up to all of us to decide if Malaysia is worthy of being a great nation, or is it doomed to just be another failed state in which ethnic strife reigns.