Regime change and the public discourse 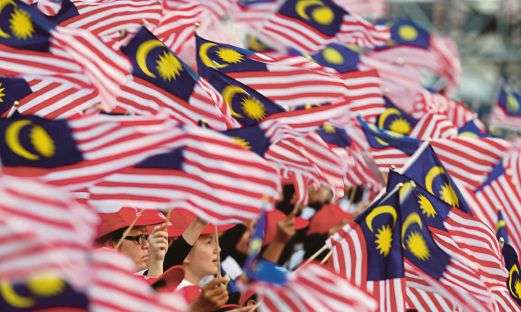 The results of the 9 May general election was a “political earthquake” of the highest scale and a “tsunami”. But six month later, some Malaysians have fallen into a mindset that what happened was merely a change of government, just like what happens in other democracies in the world.

In fact, this year marked Malaysia’s transition from an authoritarian regime into a democracy. If we are honest with ourselves, we know that we had never tasted real democracy before this. Now, we are an infant democracy that needs everyone to nurture it with keen interest, patience and tolerance.

In this new democracy, there has been neither censorship nor threat of censorship from the government to shackle the mainstream media. But the ownership structure of the media has not yet changed. This means the governing ideas of these media outlets still mostly stem from a racial perspective.

Everyone is now a hero speaking loudly against the powers-that-be, which is good, but only from a racial point of view, which is not good.

In the current practice of the media, including social media, the Malay audience who lives purely in the Malay language sphere are programmed to think that the Pakatan Harapan Government is controlled by the DAP with unchecked powers ready to harm the Malays.

This should not be the case. An ideal Bahasa Malaysia newspaper and news portal should be one that caters for all Malaysians, and not alienate non-Malays.

I started reading Bahasa newspapers on a daily basis in 1993. There was a period of time that Berita Harian was attempting to be a Malaysian newspaper instead of catering to the Malays only. Even Utusan Malaysia during that period of time was not as difficult to fathom for a non-Malay as compared to the post-2005 period when UMNO decided to move further into the right wing sphere.

The Chinese audience who lives in the Chinese language sphere now think that the Pakatan Government is controlled by Tun Dr. Mahathir Mohamad according to his whims and fancies, with DAP submitting to the powerful Prime Minister. According to this narrative, the Chinese must fight the “old fox” Mahathir at all costs. Therefore, those who do not oppose him will be dubbed as selling out the Chinese community.

In an ideal situation, Chinese media as well as Tamil newspapers should see themselves as Malaysian media using Chinese or Tamil languages to express Malaysian aspirations.

I was a latecomer to reading the English newspapers at the age of 22 in 1999. I found out that English-speaking Malays read the New Straits Times while English-speaking Chinese preferred The Star. Luckily, since 1999 there is Malaysiakini which caters to all.

But the advent of online media and social media means that there were and still are a lot of verbal clashes online between English-speaking ethnic Malays and their Chinese counterparts which border on racial anger.

This is not healthy in our effort to build democracy in Malaysia. We face serious challenges to achieve our aim.

First, 9th May was a regime change that saw the demise of UMNO rule. UMNO will breakup and the way UMNO rules – cronyism in the name of the Malay poor – would need to change for the better.

We must build a new economic model that works for everyone including uplifting the Malay poor, but without the cronyism and corruption of UMNO.

Second, free press and full democracy can only survive in a multiethnic society if a national Malaysian narrative is the common basis for all. We must all resist the idea that Malaysians are not ready or matured enough to have full democratic rights and freedoms. Each and every political actor and media must no longer be an ethnic champion. Racism could lead to ethnic clashes that could burn the house down, shutting down any fledgling democracy.

Third, Pakatan Harapan is a grand coalition that needs a lot of work to keep it together. We need to accept the fact that we are somewhat different in our approaches. Defeating Najib’s kleptocracy was hard, but rebuilding Malaysia will be an even harder task. It is a worthy cause. We must strive to make it work.

Fourth, the “difficult” relationship between Dr Mahathir and Anwar Ibrahim – imagine if Anwar were forced to work with Zahid Hamidi’s UMNO while Dr Mahathir with Hishammuddin Hussein’s UMNO. Both ideas are non-starters and bad for Malaysian democracy. Realising this potential nightmare, I believe that both Pakatan leaders will come to a common ground for the sake of Malaysia.

Fifth, for a democracy to thrive, the government needs to accept that governing is not just the decisions of ministers and top bureaucrats. To implement the reform agenda, we need many institutions such as parliamentary committees and a free press to create platforms and opportunities for the public to participate in the difficult task of governing.

Change is never easy. Changing the way in which a nation is run and organised is never a painless task. The 2018 election was the end of the 61-year old UMNO-Barisan Nasional regime. It is the beginning of a new era in the context of an infant democracy requiring nurturing. It is our collective responsibility to make it work.

Previous PostHonouring Adib: the challenge of New Malaysia
Next PostNajib – morphine to the dying UMNO