Dr Mahathir and the Grand Coalition 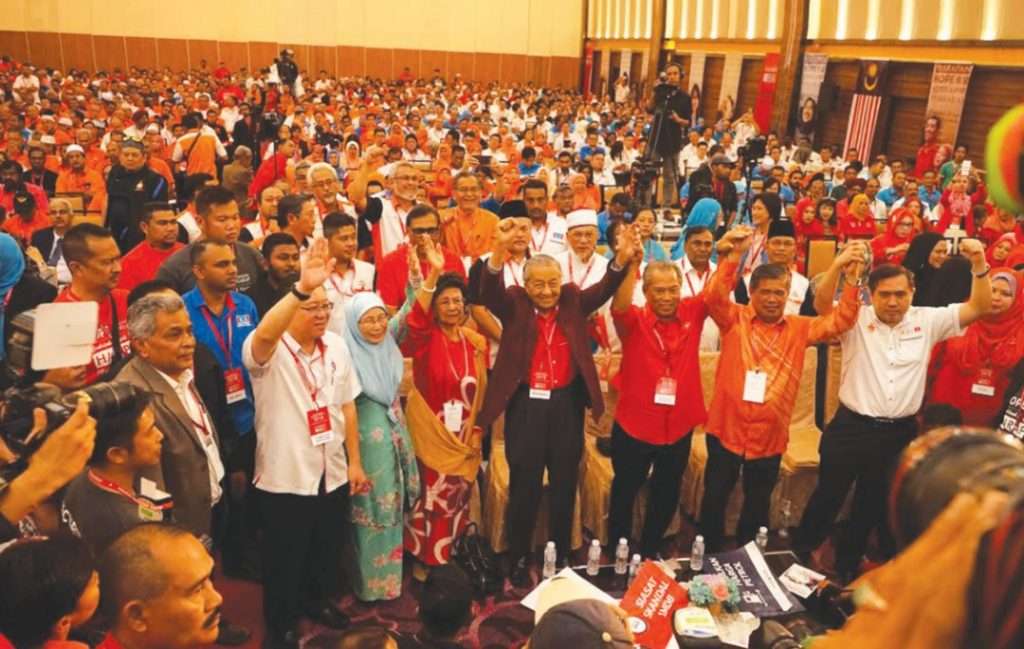 Recently, some quarters have accused Tun Dr Mahathir of being the root of all problems that PH is currently facing. While he is no Saint, it would not be accurate to label him as an obstacle to the reform agenda.

The historic decision for the former opposition parties to collaborate with Dr Mahathir was done based on the following considerations:

With Dato Seri Najib Razak and PAS colluding to create three-cornered fights that would most likely benefit BN, it would have been impossible for Pakatan Harapan to win federal power in GE14 without forming an alliance with Mahathir and Bersatu.

Back in March 2014, Najib Razak had started to lure PAS into UMNO’s fold. In February 2015, Datuk Seri Anwar Ibrahim was imprisoned and shortly after that Tok Guru Nik Aziz passed on. In June that year, the PAS conservative wing called for a total rejection of progressives and PAS split after the Muktamar. Those remaining in PAS cooperated with Najib. Najib’s scheme was mainly based on the presumption that those who voted against him would vote for PAS instead of Pakatan and after winning the elections, UMNO and PAS would come together to form a ruling bloc. Najib thought he could still win big even though he was embroiled in probably one of the biggest corruption scandals in history.

It is undeniable that the change in government that happened on 9th of May last year was catalysed by the dissatisfaction against Najib. However, it was the historic collaboration between Mahathir and Anwar, and Bersatu joining forces with the remaining PH component parties, swinging 15-20% of Malay votes in the West Coast that finally allowed PH to overcome Najib’s ‘three-cornered’ strategy and wrestle power from BN.

The decision for the existing PH component parties (DAP, PKR and AMANAH) to form an alliance with Bersatu was only achieved after prolonged deliberations and negotiations. Significant milestones for the coalition include:

The existing PH component parties signed a MoU with Bersatu on 13th December 2016.

Mahathir and other Bersatu leaders joined the PH Presidential Council on 27th March 2017, signifying that Bersatu has officially become the fourth member of Pakatan Harapan.

The momentous announcement of Dr Mahathir as the chairman, Datuk Seri Wan Azizah as the president and Anwar as the de facto leader of the coalition on 14th July 2017.

The naming of Mahathir as the Prime Minister-designate, Wan Azizah as his deputy and Anwar as the 8th Prime Minister on 7th January 2018.

Since Day 1, it was clear to Mahathir and the other Bersatu leaders that it would not be possible to topple Najib’s government without first becoming allies with PH.

The decision to join PH signified that Mahathir and Bersatu agreed that the new PH government is a Mahathir-Anwar government. Without either Mahathir/Bersatu or the tripartite PH coalition led by Anwar, Najib would continue to roam freely and cling onto power.

Thirdly, the historic collaboration between Bersatu and DAP

On 4th March 2016, Lim Kit Siang accepted Mahathir’s invitation to attend the meeting on Citizens’ Declaration (Deklarasi Rakyat) and this marked the start of a grand coalition between DAP and Mahathir.

A ‘grand coalition’ refers to a arrangement in which two unrelated or even opposing forces unite in the face of a mutual enemy or a common goal.

It is not easy for two previously opposing forces to come together and this process requires countless negotiations and discussions. A grand coalition like this will be able to surmount problems that used to seem unsolvable, as long as it maintains a mechanism of collaboration and engagement, and mutual respect.

The collaboration between DAP and Bersatu requires us to let go of mutual suspicion and admit that differences do exist between us. Having said that, armed with the ability to lead our respective supporters and to drive the direction of nation-building, we will be able to work hand-in-hand to create a whole new political landscape.

A clear understanding of the above points will allow us to progress towards achieving the dream of reforming Malaysia, one step at a time.