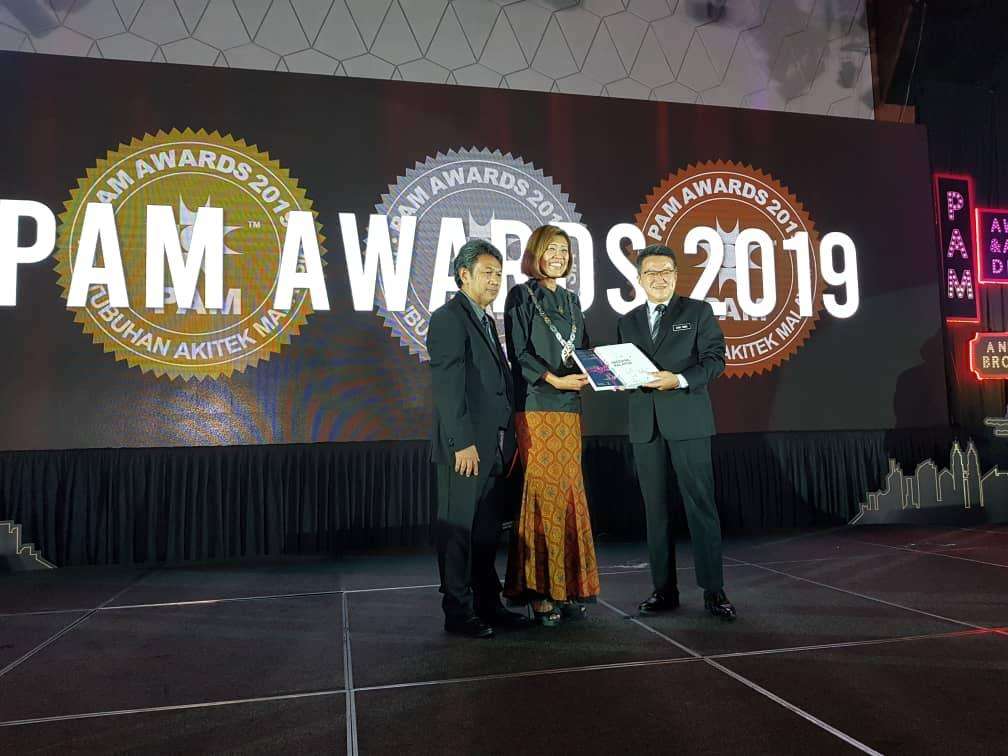 You may be wondering why someone from Defence has been asked to address members of the Pertubuhan Akitek Malaysia. Can it be that the Members of Parliament are all away doing constituency work, and I happen to be in town because I have no constituency to service? That is possible.

But jokes aside, I think the organisers know that I am personally very passionate about issues concerning cities and built environments. In fact, I was with Azmar Ahmad and my old friend Tan Loke Mun when the surprise invitation to me was made. I was meeting them to ask for PAM support for several competitions concerning public space and buildings, which I want to hold in several cities in Johore.

I am in fact of the view that architects should as much as possible be involved in the design and conceptualisation of public space and public buildings, which is why I am trying to create competitions to solicit ideas for public space and buildings.

Our society needs to appreciate the professionalism and creativity of architects. How public space and buildings are to be conceived should not be left to political leaders, civil servants, private developers or other interested parties.

In fact, architects are in a good position to speak for the society they live in and for their era. In many ways, apart from written texts, civilisation is about cities and buildings.

Malaysia is now in a new era. The change came in May 2018. In the last two decades before that, many had tried very hard to stop the internal rot and save Malaysia from decline. My own political life, that of a KL boy contesting in Penang in 2008, moving to Johor in 2013, and eventually contested in Johor’s most difficult seat, Ayer Hitam to galvanise the ground, was all about saving Malaysia.

But since May 2018, the job has been all about building a New Malaysia. Concretely, architects in this nation have a huge role to play on that front; by building better cities and buildings for our common future. As I am prone to say nowadays, we have to adopt the attitude that rebuilding Malaysia is a twenty-year project. What we do now, the decisions we make now, should happened within a twenty-year mind frame.

The role of architects in this is crucial.

We need a new vision for our urbanity. Most Malaysians now live in cities—76 percent at the moment, and by 2050, 90 percent of us will be living under urban conditions.

Our cities are currently not energy-efficient, and on that front, we can be much better organized. We suffer badly from urban sprawl. Urban sprawls eat up resources through the laying of water pipes, of electricity grid cables, telecommunication infrastructure, roads, etc. The list is a long one.

Our people’s love affair with landed suburban properties, their sense that everyone needs to own a house, and their fixation with single-driver private cars greatly burden the environment and leads to highly inefficient use of resources in general.

It is not easy to alter ideas that have been ingrained into Malaysian minds since at least the 1960s. Before that, most people lived in villages; and those who were in urban areas lived in cramped shop-lots, with many families sharing a small space. Home upstairs, shop downstairs. Zero carbon footprint.

We may also need to re-examine our ideas about zoning. We compartmentalise human activities into agriculture, commerce, industry and housing. But in many ways, this increases our carbon footprint, and does not reduce it. We must re-imagine public space as a whole, if we are to live in it, work in it, and play in it comfortably and confidently.

I am not saying that we should turn back the clock. But it is time we think about how to encourage more people to stay closer to city centers so that they are closer to employment opportunities and do not have to spend hours traveling in a car, often stuck in a jam to commute to work.

We may have to reconsider the idea that everyone needs to own a house. It is often beyond the means of ordinary Malaysians to own anything in the inner city; and those who can afford to own some unit there are often not staying in it. They are often not even interested in renting it out. Our rental market is not properly protected and not properly regulated for that to be attractive. Often, those units were bought for investment, or to be more correct, for speculative purposes.

Society as a whole loses out in this financialising of housing. Those who work in inner cities have to spend long hours commuting to work from the suburbs through congested traffic.

We should therefore think of building decent public and private housing in the inner city for young people to rent. Seriously, not everyone needs to own a house. But everyone does need shelter.

Another obsession that we need to drop is the conviction that car-ownership is a measure of national progress, and of personal success. Single-driver car usage costs the nation a lot. I often half-jokingly say that it is better to pay people to take the bus than to subsidize their petrol consumption. On that front, policy sequencing is important though. Without first providing good public transport, taking away petrol subsidies will merely push borderline M40 people to resort to riding motorcycles instead of driving a car, which inevitably increases road accident casualties.

Strangely, Malaysians now think of trains when they think of public transport. Sadly, our deep prejudice nowadays is that buses are for poor people and for foreign workers. The truth of the matter though, is that buses are much cheaper to run than trains, and they can carry huge numbers of people and are flexible where destinations are concerned.

The wise thing to do is to mix our modes of mass transport. Trains, buses, bus rapid transit etc can complement each other quite easily. We need to move away from thinking that driving is a necessity. As a society, we should create a situation in which a bus-based multi-modal public transport eventually makes driving a luxury and therefore not a necessity. An advanced nation is one where the rich and the middle class takes public transport.

Let me connect what I have been saying to Defence, the portfolio I am in. Well-organized and sustainable cities are resilient cities. Cities that are climate-friendly are more likely to withstand climate disasters more resiliently. Cities that organise themselves better and that offer reliable and efficient transport and mobility are also better at responding to emergencies such as terrorist attacks.

Malaysians have lived a peaceful existence since the Hatyai Accord was signed in 1989. Many still think that if warfare does take place, it will take place in the jungles. But like what we have seen in Marawi in The Philippines, armed conflicts are nowadays more likely to happen in urban settings. We must be prepared to deal with unconventional warfare in the future.

And so, let us organize our cities better so that Malaysia can be resilient on all fronts.