The future of federalism 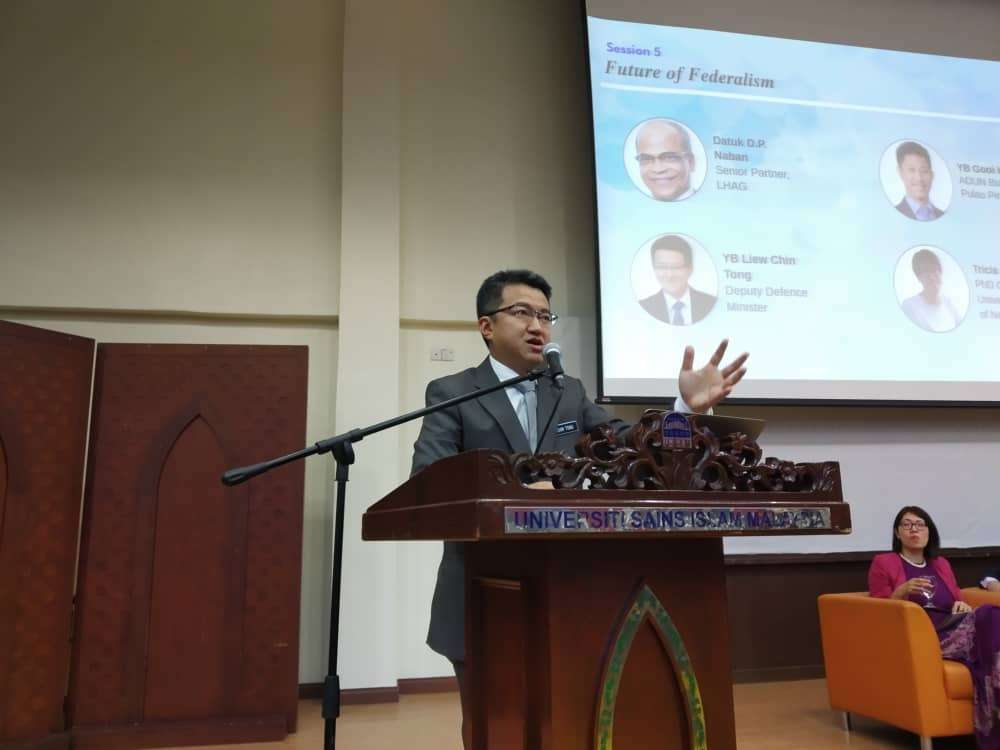 How do we arrange and re-arrange the institutions of our three-tier government – federal, state and local governments – will remain an important subject for Malaysia for the years to come with huge implications.

We have to first ask ourselves, why do we want to strengthen federalism? Federalism is not necessarily normatively superior to unitary state. We must avoid devolution for the sake of devolution.

Federalism is a very relevant arrangement to accommodate identity politics within a larger unit of nationhood. But identity politics should not be an end in itself. Federalism, decentralisation and devolution have to come with material benefits in terms of wellbeing and welfare to the people.

Devolution is good only when it makes democracy works better for the people. There are two folds:

First, the type of devolution that should be promoted must facilitate public participation and thus improve democracy at the subnational level; for instance, the authority to manage public transport and environment can be devolved or at least shared between federal and states in the hope that locals can participate in decision making process. It is strange to design bus routes from Putrajaya. And with environmental consciousness, locals hopefully can help monitor environmental degradation better.

Second, devolution must be protected by democratic accountability. There is no point to devolve powers to the states if there is no checks-and-balances at the state level to prevent despots or corruption, for instance, in environment enforcement.

I give you another example. It is well and good to grant immigration control to Sabah and Sarawak which I don’t dispute. But I was barred from entering Sarawak and turned back on the same flight during the 2016 Sarawak State Elections. That is an abuse of devolved power.

Balancing democratic participation and accountability is crucial in designing what to devolve and what not to devolve. Malaysia is not going to well served if we swing from a highly centralised system to one that is fragmented with corruption and abuses.

From the point of organising our society and nation better, whatever we do to rearrange our institutions, we need to ensure that we remove silos too and not add to islands of disconnectedness.

Where do we start?

Much as many think that Malaysia inherited a British model of governance, to be precise, the Malaysian federalism is very much modelling after the Australian and Indian constitutional arrangements, especially the following features:

United Kingdom was very much a unitary state until the devolution in the 1990s.

To strengthen federalism in Malaysia, we may look to the Australian and Indian models for ideas.

I remember back in around 2001 when Indonesia was trying to grapple with the question of decentralisation. It was then said that federalism was an “F” word, something which is disliked and even a taboo. But today, Indonesia is a very decentralised state, for good and for worse. Indonesia was highly centralised and militarised under Suharto and thus it was said that Indonesia had to sail the decentralisation water while building the ship of subnational authorities.

Malaysia doesn’t have that problem. We can work on strengthening the state authorities through devolving roles and responsibilities from federal government and consolidate some local government functions into state levels.

I am among many who have advocated for local elections but I have always done it with a caveat: local elections should only happen when local authorities’ roles and functions are re-looked at, reorganised and reduced.

By design, the Local Government Act 1976 frames local authorities as an extension of the state governments. Today, some local councils in Selangor, Penang and Johor are double the fiscal size of Perlis’ state government, and around the size of Negeri Sembilan, Kedah, Kelantan and Malacca. For example, Majlis Bandaraya Petaling Jaya (MBPJ) allocation budget 2019 amount RM 436.6 million and Majlis Bandaraya Pulau Pinang (MBPP) RM 506.3 million double the budget amount of Perlis (RM 268.72 million), around the size of Negeri Sembilan and Malacca state government budget in 2019 which amount RM 430 million and RM 382 million.

If you look at the Australian case, local governments are small in fiscal, geographical and population size. If that rearrangement can be done, local elections can be a good way of improving democratic participation. Otherwise once we have local elections, state governments will cease to operate in the eyes of the public.

Indonesia was once militantly against federalism and decentralisation very much due to its history during Independence in which breakaway of provinces was a perennial concern and worry.

So, history matters. Malaysia’s current institution was very much created in 1948. It was structured as a federation to respond to the dissatisfaction against Malayan Union in 1946. But 1948 was also the year in which the Malayan Emergency was declared against the Communists. The police was the first full-fledged complete national body, even before the federal civil service was fully formed.

We can now look at the Australian and Indian federations and see how we can gradually devolve powers in comparable services. For instance, states play a very strong role in Australia and India as far as community policing, health and education. We can experiment with, for instance, states get to form some auxiliary police (polis bantuan) units to carry out some policing functions which do not have to be centralised, such as traffic police. Health and education can also be devolved as much as possible.

At the same time, we will have to acknowledge that there would not be complete devolution as even in very decentralised nations such as United States, there is still need of some forms of federal policing.

Of course, states do need to pay for these services if they run some parts of them. One of Malaysia’s weaknesses in fiscal arrangement is that states’ revenue come from land and natural resources.  The big debate on federalism still does not go beyond the debate of oil royalty, just like other natural resources, which is essentially lottery money and not necessarily good for the environment.

Good and Services Tax/Value Added Tax between with the states may not be the best arrangement either. GST/VAT is regressive in nature.  At some point, we will have to think about income tax sharing between federal and states. Income tax from individuals and corporations in a particular state can be shared in different proportion subject to the new shared roles and responsibilities agreed upon between federal and the said state. Income tax is progressive in nature and not a zero sum game. The more economic activity in a state, the more both federal and states would jointly collect. State will have a direct interest in facilitating growth in the states, which in turn will boost federal income tax collection. It is a virtuous cycle that we should create.

Finally, national representation of state voice is an important subject. Both India and Australia designed the Senate as House of States. India is still maintaining election of senators through state parliaments but Australia changed that after Second World War to allow for direct election of Senators in the State (each state elects 12 senators, 6 of them every three years for a six-year term). Malaysia may want to envisage a fully elected Senate, say in 10 years’ time, to achieve both democratisation and also to establish the Senate as a House of States.

In conclusion, the discussion of how to re-arrange our institutions will continue to dominate headlines, such as discussion on local election or state nationalism in Sabah or Sarawak. It is time for us to look at the issues with fresh eyes and perspectives so that we are not caught in clichés but actually move forward one step at a time in the right direction.