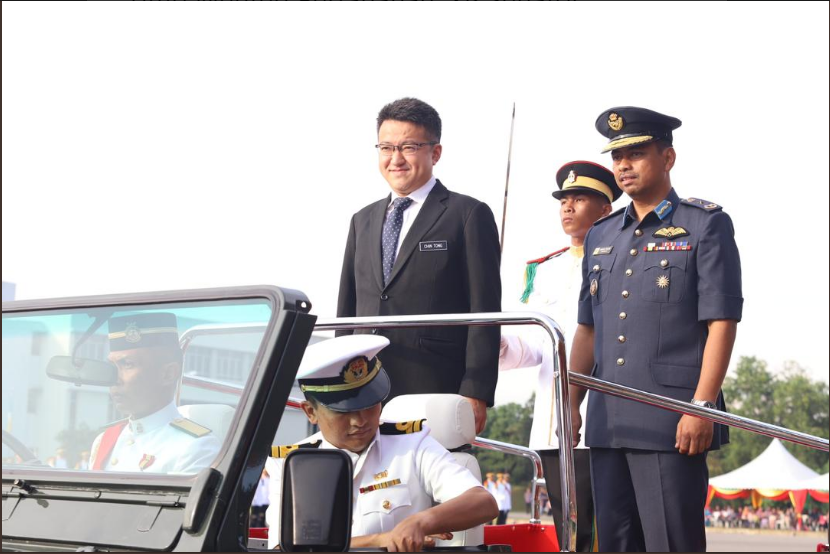 As geopolitics changes rapidly, Malaysia faces new security and defence challenges such as the increasing importance of maritime concerns, great power rivalry between China and the United States and the emergence of non-traditional threats. We will have to conceive a future force to meet those challenges.

The change of government in May 2018 provides a rare opportunity for Malaysia to revisit some old assumptions and make new ones to move forward. One of the earliest major decisions that will have huge long-term impact by Defence Minister Mat Sabu was to commit the new government to present a Defence White Paper to chart the future.

One of the things I have learned at the Ministry of Defence is that one really has to think very long term as decisions made today will still have consequences decades down the road, way beyond the annual budget cycle and the five-yearly Malaysia Plan time frame. For instance, some not-very-useful weapon systems or ships bought at the whims of a general or a minister, sometimes at the prodding of some defence traders trying to enrich themselves, may still be in use decades down the road even if they may not be the most suitable ones.

Likewise, how the Armed Forces is currently structured has a lot to do with legacies that happened a while ago. Understanding the history helps us to see things in better perspectives.

Defending Malaysia is very much about three very important waters – the Straits of Malacca, South China Sea and the Sulu Sea – and two land masses – the Peninsula and Borneo regions of Sabah and Sarawak. But admittedly, due to counter-insurgency during the Cold War, previously most attention was given to the peninsula, with significant focus on jungle warfare.

Historically, the Malays are a maritime people from around the Nusantara, or the Malay Archipelago, where people and goods move freely in this region. In the Malacca Sultanate, the most important military position was the Laksamana. Most state capitals in Malaysia are situated at river mouth or sea fronting.

An amusing tweet from Twitter personality Zayn bin Gregory reads “America has the Homeland, Germans the Fatherland, Russia the Motherland. Only the Malays have ‘Waterland’. #tanahair.” The term tanah air clearly demonstrates our inherently maritime conceptualisation of nationhood and the notion of inseparability of both our land and waters.

The borders of contemporary independent Malaysia and Indonesia were actually decided by the British and the Dutch in 1824. Within the sea borders defined and controlled by colonial masters, and after the Pangkor Engagement in 1874, the fragmented Malay states essentially turned towards agricultural and plantation sites for the consumption of colonial metropolitans.

The war against the Malayan Communist Party was mostly jungle guerrilla warfare which shaped the force structure of the Malaysian Armed Forces in a number of ways, such as Army-dominant and excellent in tropical jungle warfare.

Today we are faced with a very different demography and unpredictable geopolitical scenarios. Assuming that over the next decade, the Armed Forces force size remains at the current level of around 123,000, shaping the future force will have to take into the following considerations:

Firstly, we have to realise that Malaysia is a maritime nation and the seas are our lifeline, with many resources coming from the waters, and many strategic water spaces to protect in an increasingly complex security environment. We will need clarity on how to govern our oceans, and to safeguard it against any potential incidents and conflicts in the context of strategic competition between China and the United States, as well as other non-security threats like sea robberies, terrorism etc. In short, we need greater Maritime Domain Awareness.

Recently, I just hosted a talk by the Vietnamese Ambassador to Malaysia and a maritime expert His Excellency Lê Quý Quỳnh, I was very impressed that Vietnam has a clear aspiration to be a “powerful maritime nation”, with a clear goal of increasing maritime contribution to the economy (oil and gas, tourism, fishery etc.) from the current 30% to 50%. Malaysia will need a clear policy goal like the Vietnamese in order to get everyone on to the same page that maritime is the future for both the economy and security/defence. (According to the Maritime Institute of Malaysia, the contribution of our maritime sector or the Blue Economy is estimated to be around 23% in 2015, but the number should have been greater if the potential of our oceans are fully realised) With such clear policy goal, the Armed Forces and all other security agencies, such as the Coast Guard (Malaysian Maritime Enforcement Agency), will have to make changes to meet the objective.

Being a maritime nation however doesn’t necessarily mean more and bigger ships and a significantly greater navy. I had an interesting chat with Chief of Defence Force Tan Sri Haji Zulkifli Haji Zainal Abidin who said that a maritime nation may also mean “the army has to swim”, meaning we may need to consider establishing some form of an amphibious or a marine force within the Armed Forces.

In any case, what is really needed is agility and jointness between the three services – Army, Navy and Air Force – to conduct multi-domain operations. To be honest, the idea of jointness is easy said than done. Conventionally, each of the services raise, train and maintain its troops.

But single service centric operations clearly won’t meet the needs of our time. I was on board Australian helicopter carrier HMAS Canberra in April when she docked in Port Klang. The mostly naval expedition “Indo-Pacific Endeavour 2019” was commanded by an Air Force Commodore. HMAS Canberra was tri-service which includes Navy, Army and Air Force personnel permanently. Interestingly, a civilian policy advisor from the Australian Defence Department and another officer from the Foreign Department sailed with the 3-month expedition. Most military medical personnel on board the ship were reservists. Not only was there jointness in the Armed Forces, the whole-of-government character was clearly visible.

Not only we need more jointness in our operation, we would also need to be able to fully realise the two-theatre mirror operations between the peninsula and Sabah/Sarawak in order to effectively safeguard the three seas – the Straits of Malacca, South China Sea and the Sulu Sea.

Secondly, we are now a very urbanised nation, with 76% of the population residing in urban areas. Insurgencies that used to happen in the jungles could very well happen in an urban setting – The seige of Marawi is a case in point. The question of resilience against any attacks must be taken into consideration in our urban planning while our defence planning must prepare for the possibility of urban warfare,taking into considerations non-traditional threats such as terrorism.

Moving forward, we also can’t run away from the cyber domain, where the notion of ‘border’ is even harder to define and the line between ‘cyber attack’ and ‘cyber war’ is blurred. If we don’t play catch up, the domain will run after us.

But what is needed now is a national awareness of these challenges and the political consensus to take on these challenges with rigors. If we maintain the same force size of 123,000, the current roles of many will have to be repurposed and upgraded to a more supplicated level.

Many of the current roles in the Armed Forces can be handled through adoption of technologies such as artificial intelligence, drone, and other surveillance tools. Some of the non-combatant roles can be handled by non-military personnel. This would also include revisiting the role of reservists so that we can tap into the potential of civilian expertise and experience. This is particularly true for the professional groups such as doctors, engineers, computer scientists and cyber security experts etc.

*This is the original/full version, of the abridged article published by the NST https://www.nst.com.my/opinion/columnists/2019/07/506122/malaysias-future-force

Previous PostFor a compassionate and caring capitalism
Next PostBeyond US-China tensions: What else can the rest of us do?