A winning coalition built on strength of middle ground 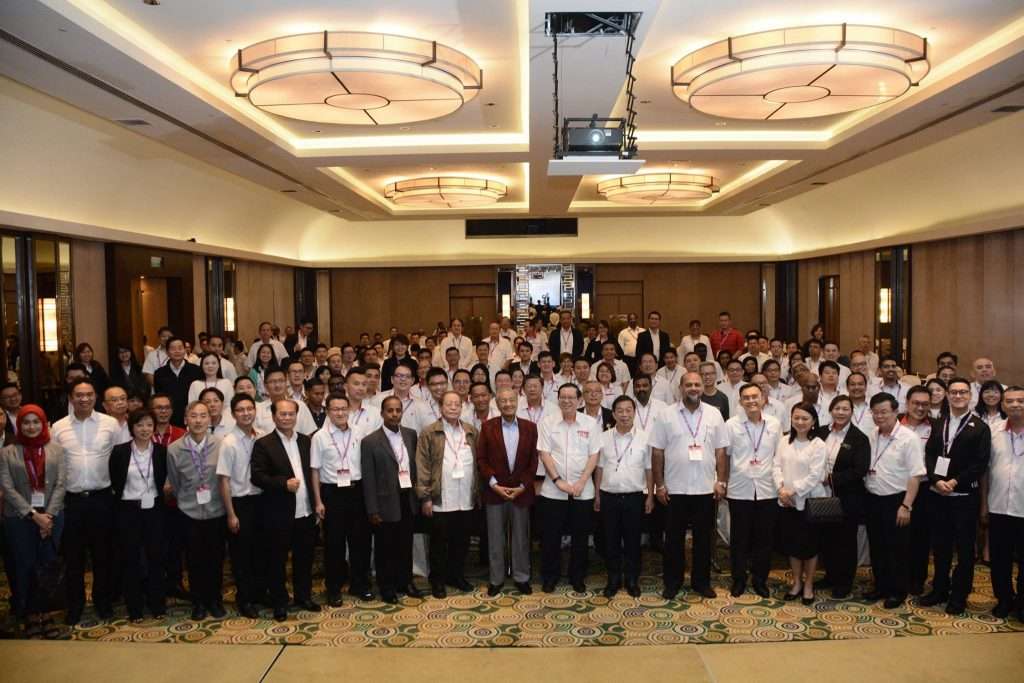 Identity politics, particularly race and religion, is a potent force as shown by the Trump phenomenon in the United States, and in Malaysia too as we are all fully aware. Can Pakatan Harapan win the next general election in the face of a Pas-Umno alliance riding on Malays’ mistrust of PH as well as the erosion of trust and support among non-Malays?

In good times, especially if during an economic boom, PH will be on the sweet spot in the middle which appeals to both Malays and non-Malays. In such a situation, the centrist coalition will win in the middle as the race-based opposition will be isolated on the fringes. In bad times, the opposite is true.

One major hurdle that PH will have to cross — the mass media. Despite each media outlet claiming to be a national media, most are ethnic based. Some have no qualms about fanning racial anxieties for the sake of quick profit or a hidden agenda to see the end of PH rule within one term.

As ethnic media dominates, there seems to be fewer journalists who are professionally trained to cover public policy discourses in an in-depth manner beyond an ethnic point of view.

We need a “new” media that discusses public policies not from the point of race but from the Malaysian citizens’ perspective. Language is not an issue; it can be a Tamil- or Iban-language newspaper but one that takes a Malaysian perspective rather than an acute ethnic bias.

The extension of the electoral franchise to 7.9 million more Malaysians by 2023 compared with the 14.9 million registered voters in 2018 opens up new opportunities for PH to build a winning coalition in the middle.

We must have a vision that is larger than the Malay or non-Malay identity. We need a Vision 2020 of sorts to bring everyone together. It served the people well in the 1990s because of its encompassing and embracing posture, and in part because the economy boomed beyond anyone’s wildest dreams in a short span of time between 1989 and 1994 after coming out from the very difficult years of 1985-88.

For any political groupings that intend to win from the middle, we need to genuinely acknowledge that Malaysians have more similarities than differences. The majority, while coming from different cultural backgrounds, share similar aspirations.

We aspire to have better living standards in better cities and kampung, and in our own home, with better transportation and better healthcare. We want to feel secure in all senses, including being free from crime and war and avoid environmental destruction.

For PH to win the next general election is not merely about retaining power. It will be about securing democracy for Malaysians against forces that thrive on race and religion, and against extremists.

The government must jump the curve to change the terms of policy debates in a big way speedily for a drastic improvement.

This means the government — ministers, deputy ministers, secretaries-general of every ministry and senior civil servants — must work together to focus on creating jobs that pay decently for Malaysians. Our wages have stagnated for the past two decades, hence the outcry about the high cost of living.

Malaysian wages are not set in Malaysia. They are set in Bangladesh and Singapore. What do I mean by this?

We import a couple of million low-pay unskilled Bangladeshis to work here while up to half-a-million Malaysians work in Singapore in low and middle end jobs that pay less than S$2,000 per month. Not to mention Malaysians who overstay in Australia and New Zealand to pick fruits and work as construction labourers, or those who work illegally in Seoul, South Korea.

Now the Bangladeshi economy is doing very well. At the rate of annual growth of 6.0 per cent with a huge demographic dividend, there will probably be no Bangladeshi willing to work as lowly-paid foreign workers in Malaysia in 10 years’ time.

On the other hand, for those who are paid S$2,000 and below, they are not looking at equalising their pay. If they are paid two thirds of their pay in Singapore, I am pretty sure that two thirds of them will come home to work and contribute to the economy.

For our economy to move forward, we need to create skilled and semi-skilled jobs that pay RM4,000 and above. I must categorically say that I am not suggesting artificially raising wages.

What I am suggesting is that by reducing the supply of unskilled foreign labour while assisting industries in a massive way to automate and adopt Industrial Revolution 4.0 technologies, we can turn three jobs that pay a Bangladeshi worker RM1,500 into a Malaysian job that pays RM4,000 and above. In such a way, both industries and the nation benefit from huge productivity gains across the broad.

As much as possible, services jobs should be filled by Malaysians. Manufacturing can be automated with the right incentives. Even construction can be a sector that provides highpaying Malaysian jobs by switching to the industrial building system. Again, with the right incentives. Agriculture and plantation come last in the sequencing as admittedly these sectors will be hardest to automate.

Suffice to say that to counter identity politics is to have a stronger Malaysian identity that brings everyone together and to see all Malaysians sharing similar aspirations which can be fulfilled by an activist government ready to pursue policies that make both economic and political sense at once. If these can be done, we form a very strong and solid winning coalition in the middle ground, something that “Shared Prosperity 2030” aims to achieve.

*Column published by the NST https://www.nst.com.my/opinion/columnists/2019/08/510070/winning-coalition-built-strength-middle-ground

Previous PostBeyond US-China tensions: What else can the rest of us do?
Next PostMountains Under the Sea