The centre must hold 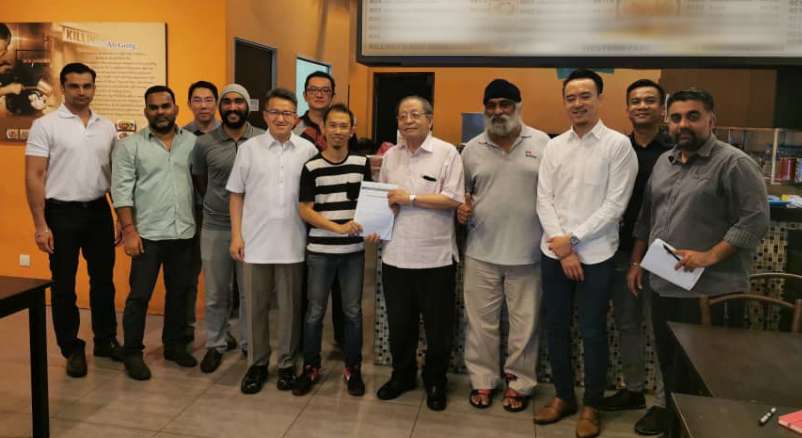 “Things fall apart; the centre cannot hold;….
….The best lack all conviction, while the worst
Are full of passionate intensity.” – W,B. Yeats, The Second Coming

Malaysia is a multi-ethnic society in which Malays and non-Malays are often divided in their perceptions, views and experiences. This division is sometimes further exploited and made use of by opportunists to further their political agenda.

Yet Malaysia largely holds together. Beyond race, we have so much in common. Most of us – Malay, Indian, Chinese, Iban, Kadazandusun – aspire to have better life, better jobs, better pay, better business, and better education. Most of us want more upward opportunity and mobility for ourselves and our children.

If we care about unity in diversity; the differences in language, religion and culture will not be a burden but a strength and asset, and not necessarily the source of troubles.

Despite 13 years of massive racial campaign by UMNO since Hishammuddin Hussein’s waving of kris in July 2005 that signified UMNO’s right turn, Malaysians of all ethnic groups came together to vote out Najib Razak’s kleptocratic government in the 2018 general election.

Most of Pakatan Harapan leaders knew that the stakes were high, especially after losing badly in the Sarawak State election in May 2016 and the twin by-elections of Kuala Kangsar and Sungai Besar in June 2016.

With PAS being aligned with UMNO through three-cornered fights and playing the race and religious cards, all leaders in the then opposition knew that they had to cooperate or face annihilation.

A clear common enemy was Najib and there was a just cause: to fight kleptocracy. Against all odds, Malaysians prevail on 9 May 2018.

Today, however, public sentiments seem to go sour. With lies and fake news, including ones perpetrated by those claiming to be religious and those facing massive corruption charges in court, some people are beginning to hate the government.

The perception is that both Dr. Mahathir and DAP are blamed by Malays and non-Malays. The blame is loud especially in the cyberworld.

In the real world, our free media – because Pakatan Harapan government has no desire to control the media – is still stuck in the old way of defining things in racial terms.

If only the media can utilise their newfound freedom to create, to promote and to highlight the Malaysian-ness of Malaysians rather than playing the dangerous race game. By Malaysian-ness I mean to reject racism and narrow religious interpretation, to embrace diversity, to emphasise on the economy and common interests, and to put politics of hate to rest.

For the grand coalition of Malaysia to work, we need to think as Malaysians first and to focus on our common interests as a nation, and not as Malay, Chinese, Indian, Kadazan or Iban as an insular interest.

For Malaysia to succeed among the community of nations, we need Malaysian-thinking Malaysians to be at the forefront of shaping this nation for the better.

For all of us who want to see Malaysia as a confident nation standing tall among the community of nations, we must collectively devote our energy to ensure the centre holds, and not to allow things to fall apart.

It is in this spirit that saudara Kit Siang and I welcome the participation of 89 Malaysians into DAP. We had a great dialogue session with some of them, after which Sdr Flevin Tan bin Ismael handed over the membership forms to Sdr Kit Siang on behalf of the others. With this injection of new blood and new energy into the party, I am confident that the positive change we have been fighting for will prevail.

“The only thing necessary for the triumph of evil is for good men to do nothing.” Those who believe in the Malaysian project need to have conviction, otherwise “the worst with passionate intensity” would dominate.