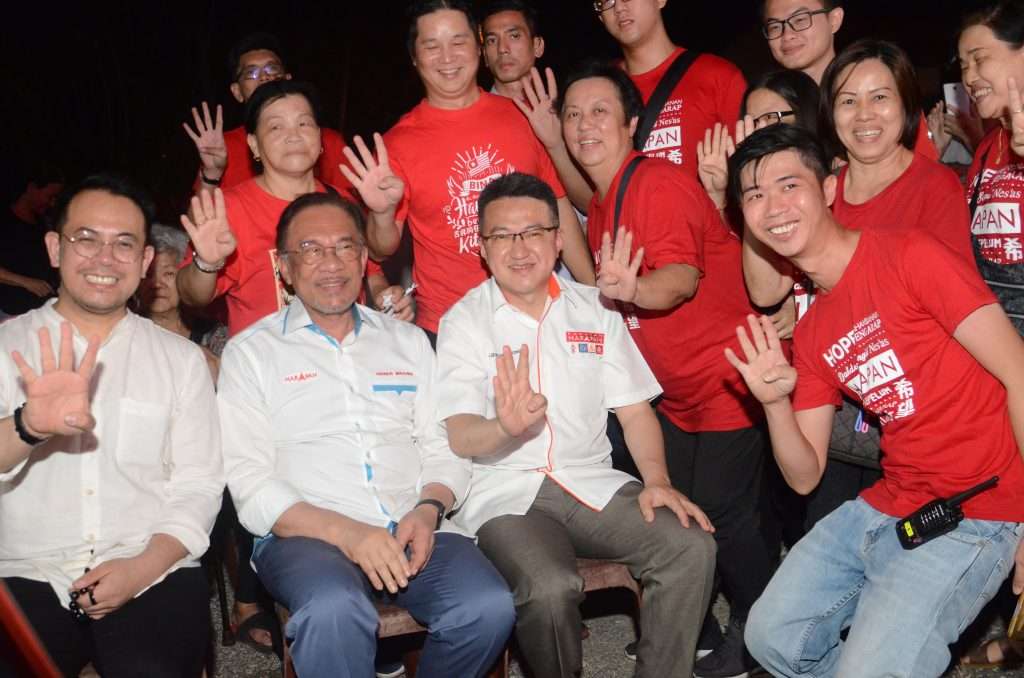 No pain, no gain. Nothing ventured, nothing gained. Nothing is impossible. These are words that remind me that life is a constant struggle.

Between the breakup of Pakatan Rakyat in June 2015 and the official announcement of Tun Dr. Mahathir Mohamad as Pakatan Harapan Chairman, which signified the full realignment of the grand opposition, on 14th July 2017, were two very difficult years for us.

During that tumultuous time, even trying to give hope to most of our supporters were extremely hard because many had given up hope altogether. Many people thought that no one could ever defeat Najib Razak and Barisan Nasional.

Yet we the people of Malaysia created history. And our opponents continue with their divisive racial politics.

Of course, the media – which is now free for the first time since Independence – is not on the side of Pakatan Harapan. Media freedom becomes a licence to some people to fabricate news while many more continue to frame things in racial terms.

I contested the Bukit Bendera parliamentary seat in the 2008 general election. It was deemed a very difficult seat then. Yet the political tsunami was so huge that not only that I won but Pakatan Rakyat won power in Penang.

I was assisting Sdr. Lim Guan Eng in the Chief Minister’s Office in 2008-10 as his voluntary Policy Advisor. I watched first-hand how difficult it was in the initial stages.

Many civil servants thought the state government would not survive. Although most of them had no malicious intent, they were afraid of cooperating with the new state government, for fear of persecution if the BN government made a comeback.

Then came the Permatang Pauh by-election in August 2008 which was contested by Datuk Seri Anwar Ibrahim and he won with a resounding majority.

Suddenly there was a change of mood among the civil servants in Penang. As if the by-election result convinced them that the government of the day would stay for the long haul. They began to believe that it was time to get down to work and make things happen. They were confident that the Pakatan government would not be easily rocked despite the onslaught by the then BN-controlled media.

History should serve as a lesson to all of us. After last month’s crisis, I believe it is time for us to work towards consolidating the democratic gains on 9th May 2018.

I sincerely pray that the Tanjung Piai by-election will be the new beginning of the second phase of the Pakatan Harapan government.

In this new beginning, I wish to see that our civil servants, members of the public and everyone else will share the confidence that this Pakatan Harapan government is here to stay.

Even our opponents must realise that any attempt for a “backdoor” government will not work out. There is no point to try to break up this government in mid-term.

I am sure majority of the rakyat would like to see this government be given its full mandate of five years to perform. It begins here in Tanjung Piai.