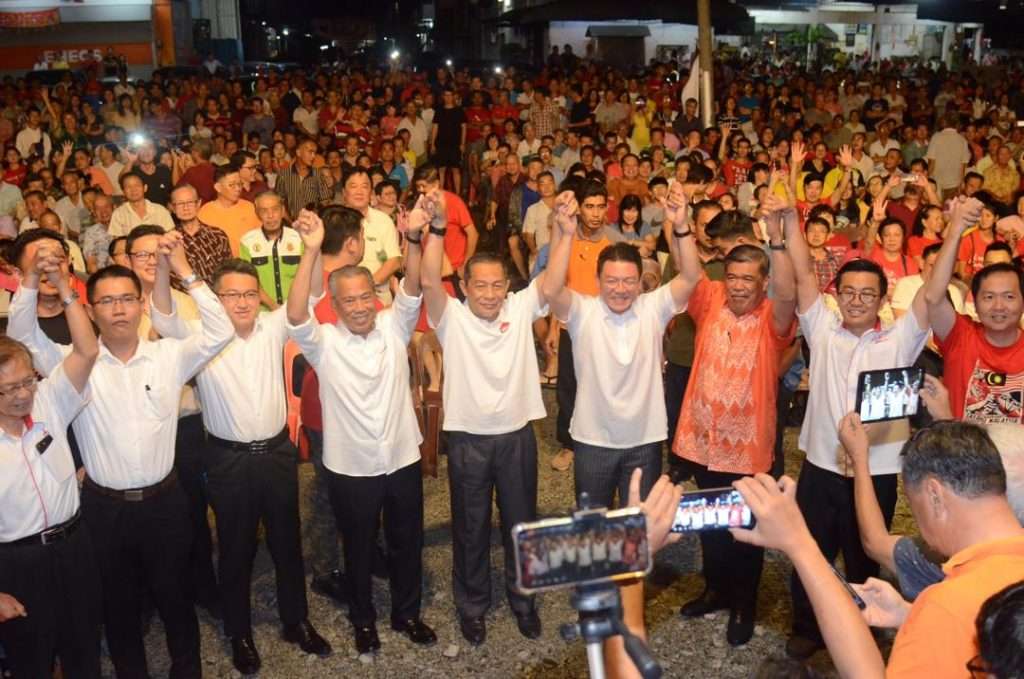 As the Tanjung Piai by-election is drawing to a close in a day’s time, we can safely conclude that it will be remembered as one of the most consequential by-elections in Malaysia’s history.

Despite a six-corner fight, it is a battle between two coalitions: Pakatan Harapan and Barisan Nasional-Muafakat Nasional.

But as we are dealing with a by-election in an ethnically mixed seat such as Tanjung Piai, UMNO, PAS and MCA had to come together as a coalition in the hope to win as no ethnic group and no political party can win by standing alone without coalition partners.

I am the first to admit that Pakatan is not perfect. But Pakatan acknowledges that we are in a coalition government trying very hard to stay the course of middle ground, despite so much distractions and provocations from UMNO-PAS and MCA on racial ground.

Race-religious politics defines a person as a member of an ethnic group. Hence, individuals are not counted, instead everyone is judged based on their ethnicity. We aspire to see a new Bangsa Malaysia with empathy, respect and care for each individual as well as every ethnic group is the way forward for all of us.

Whether Malay, Chinese, Indian, Kadazan, Ibans, most Malaysians want dignified identity as a citizen and also very concerned about the economic issue – cost of living, job opportunities, business prospects and our children’s future.

The problems we face today are due to years and years of neglect. For instance, cost of living did not just rise over the past year and half since Pakatan took over. In fact, inflation rate has come down. The reason why the low inflation rate is not felt across the board is because of nearly two decades of wage stagnation. For years, wages did not catch up with cost of living. So however low inflation rate is, it will not be felt as wages have not been sufficient for most people for the longest of time.

This is but one example of Barisan’s decades of neglect is now blamed as Pakatan’s failure.
Job opportunities is the same. Malaysia has been trapped in a low pay, low skills and low productivity vicious cycle. It will take years to change the situation.

Pakatan Harapan is committed to implementing the promises of its election manifesto over a period of five years. The Opposition has tried very hard to create the impression that Pakatan did not fulfil its promises. The answer is, Pakatan is trying hard to fulfil our promises over the period of this term of five years, despite facing so much constraints and limitations due to legacies of the past government.

To achieve this, we need at least 5 years to start building a new nation. We are in the process of embarking on institutional reforms, despite the slow pace, to ensure a better system for our country.