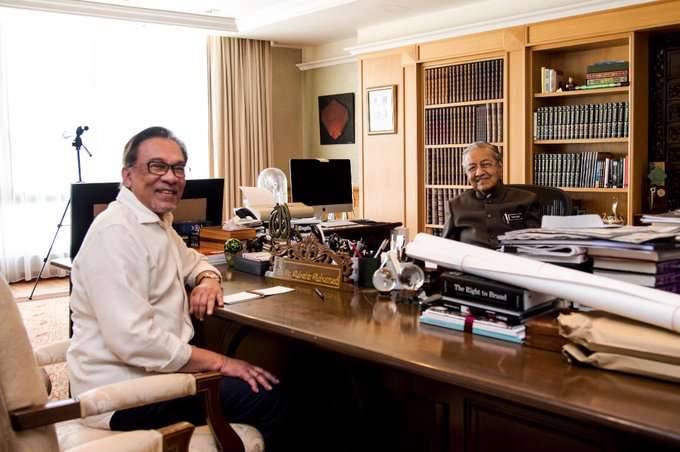 The day after the Tanjung Piai by-election, an elderly Chinese man I knew since I was a child sent me a text message that read, “if DAP continues to be Mahathir’s running dog, you will lose everything.” On the Malay ground, it is full of anti-Lim Guan Eng messages.

I sighed deeply. Less than six weeks before we enter into the highly symbolic year 2020, our nation is stuck in this conundrum.

I started reading newspapers in 1986 when I was 9 years old. During the second half of 1980s, Prime Minister Dr Mahathir Mohamad was the most hated figure among the non-Malays. So was Anwar Ibrahim. This was especially so after mass detention without trial under Operasi Lalang in 1987.

Unsurprisingly, the mood led to a non-Malay revolt against Dr Mahathir during the October 1990 general election. At that young age, I cycled to listen to all opposition Semangat 46 and DAP ceramahs in Subang Jaya. My naïve mind thought Barisan Nasional would fall, but it didn’t.

Yet four months later, the Prime Minister delivered his Vision 2020 speech, arguably the most consequential speech in his entire public life, that reset and reshaped the national narratives for a good 15 years, if not a generation.

His vision and the idea of a Bangsa Malaysia, as well as Anwar’s Melayu Baru, plus the economic boom years, made the early 1990s the golden era that is still the reference point till today. But in 1998 things went awry when Dr Mahathir sacked Anwar from the government and UMNO.

I was always with DAP against Dr Mahathir throughout the 1990s and the noughties.

Against the background of heightened race rhetoric by UMNO since 2005 and fighting an uphill battle against the then BN juggernaut, the revived opposition Pakatan Rakyat (and later Pakatan Harapan) polled nearly 50% of popular votes in 2008 (47%), 2013 (51%) and 2018 (48%).

The swing of non-Malay support between 2004 and 2008 elections was huge. But consistently for a decade or so, Pakatan Harapan kept a stable Malay base against all odds. This was more significant last year because Pakatan was without PAS.

In 2015, the opposition was weak after PAS left the original Pakatan Rakyat. In that same year, together with Lim Kit Siang, I was among a very small group of leaders who saw the need for Pakatan Harapan to realign with forces supporting Dr Mahathir.

In the initial stages, the mistrust from our own side towards the former PM and the mistrust from his supporters, as well as the mass media which did not want this goal to be achieved, made the voice for realignment so lonely.

Here’s the reality check – we need both Dr Mahathir and Anwar to consolidate our nascent democracy.

We need to win the next general election not for ourselves but to ensure that the democratic fruit of May 2018 would not be gone with the return of Najib and his allies, along with their corrupt and authoritarian regime.

We might as well accept the fact that this is a Mahathir-Anwar government, as much as it is an Anwar-Mahathir government.

The aim of this government is simple and clear: to reform, to consolidate democracy; and to cement a Malaysian middle ground that will prevent racial forces from destroying the nation.

I don’t consider myself old although I’m not that young anymore. I have devoted 20 years of my life to frontline politics since joining DAP in December 1999. The racial talks in recent months have disheartened me.

Many non-Malays are blaming Dr Mahathir. Some are sending me angry messages. I understand their feelings.

The reality is that we have to work in coalition and we have to do our best to keep the entire coalition in the middle.

It is never easy in a multi-ethnic, multi-religious, multi-lingual and multi-cultural society. This is precisely why we need to stay in the middle, and to expand the middle.

There is still time for this government to reform.

Previous PostIt’s either the beginning of the end or a fresh start for Pakatan Harapan
Next PostDefending a Maritime Nation: Whither the Future of MAF Joint Force