A reform agenda to remake democracy 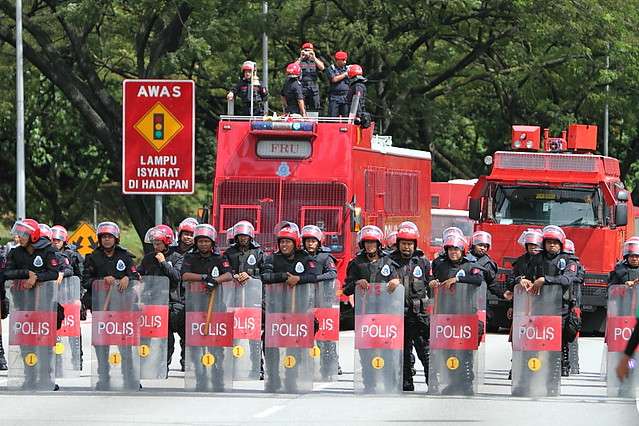 What happened in Malaysia on 9th May 2018 was a democratic uprising through the ballot box. It ended the 61-year rule of semi-authoritarian Barisan Nasional regime, by then the world’s longest continuously serving elected government.

If Malaysia can remake our democracy, we will lead the world in bucking the democratic deficits and decline in recent years. It will take time, will and determination but also patience and a more collegiate approach.

Take police reform as an example. For me it has to be a comprehensive reform that appeals to a wider spectrum of the society beyond a legal agenda to enact laws. Law making is important to set new rules for democracy but needs to be complemented with holistic reforms.

The Independent Police Complaints of Misconduct Commission (IPCMC) Bill is but one of the 125 suggestions of the 2005 Report of the Royal Commission to Enhance the Operation and Management of the Royal Malaysian Police Report chaired by former Chief Justice Tun Mohamed Dzaiddin Abdullah. The report, commonly known as the Tun Dzaiddin report, is more than 600 pages long.

It is best that the IPCMC reform be read and promoted in the entirety. The central spirit of the Tun Dzaiddin Report, as outlined in the second paragraph of the Strategic Objective, is to make Royal Malaysian Police or PDRM more people-centric.

“It must continue to uphold the law, maintain law and order and combat crime, but must pursue these ends in compliance with human rights, restricting and infringing upon them only when necessary and permissible in law. PDRM must see itself more as a ‘service’ than as a ‘force’ and the guardian of the people’s rights though it will need to retain some of its paramilitary capabilities and characteristics. Finally, PDRM must be more transparent and accountable, especially to independent bodies established by the Government and to the people.”

In short, the Tun Dzaiddin Report advocates a people’s police SERVICE, not a FORCE that only serves the interests of the STATE. The Report advocates the democratisation of the police service for the sake of the service as well as the people.

Such mammoth task of democratising the police service will take statesmen, police officers, civil society leaders, security experts, victims of police misconducts and many other stakeholders to acknowledge that change is needed.

Such change should also be in the direction of democratisation – serving the people, and not the State’s interests – while negotiating the various trade-offs in a transparent and participatory manner.

The final outcome of such exercise should mean dignified police who no longer have to serve narrow partisan interests but to be the guardians of Malaysian democracy.

At the same time, the professional and economic lives of police personnel will be improved when democracy accords them a louder voice, respect and dignity.

In a way, the Defence White Paper presented by Minister Mohamad Sabu to the Parliament on 2nd December 2019 is one such attempt to democratise defence in a collegiate manner that involves long and substantive consultations with all stakeholders.

Among the stakeholders are the Armed Forces, civilians in defence, veterans, defence industry, the security professionals and thinkers, and other government agencies.

It is interesting to read the Bahasa Melayu version of the Defence White Paper that uses the phrase “reformasi pertahanan”. “Reformasi” in the Malay language carries a stronger message than “reform” in English in Malaysia’s political context.

It is hoped that members of the Armed Forces will feel proud and dignified that their work is now recognised by the Parliament on behalf of the wider population, and not just at the dictate of partisan and personal interests like under the previous regime.

The civil service also needs to be guided by democratic principles. We should aspire to develop a world class civil service that serves the democratic interests of the Malaysian population so that no more mega scandals such as the 1MDB fiasco would ever happen again.

At the same time, the public must feel genuine benefits of a reformed civil service through improved service and performance via a collegiate public debate.

Ultimately, democracies need to build, survive and thrive on democratic institutions such as reformed parliament, electoral system and media; and a democratic culture that starts from young in schools.

Media reform is particularly important. We need to negotiate new grand bargain between the society and the media for a nascent democracy.

There should be a major parliamentary inquiry or a royal commission to look into the role of state media, the role of partisan owned media, and the role of media that racialised debates, apart from handling fake news via social media. In fact, the governance of social media in a democratic but rule-based setting is important too.

We should not allow political party to own the media – such as The Star owned by MCA and previously Utusan by UMNO. The near-monopoly of Sinchew group over the Chinese media is also not right.

To change that, the public must come together to desire the change in the interests of preserving Malaysian democracy for all, and not for the Pakatan Harapan government.

If democracy cannot bring better economic wellbeing for ordinary folks, it is a recipe for disasters. The case of Europe is quite indicative that austerity breeds right-wing populism that tends to dismantle democracies.

At the end of the day, if democracy cannot put food on the table through better jobs, better pay, better living standards, democracy itself would fail sooner than later.

The Malaysian democratic change in 2018 can only be preserved if majority of the society embrace democracy, and become democrats to preserve the gains actively.