The Singapore factor in the Malaysian labour market 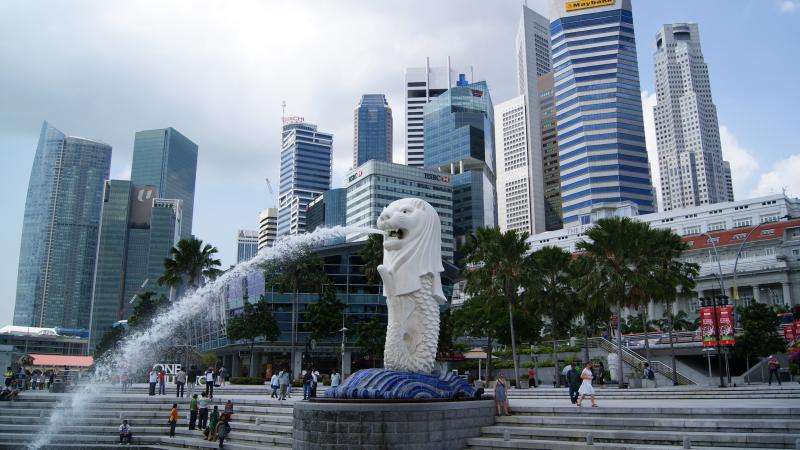 Let’s imagine that the coronavirus hits the Singapore economy hard over the coming weeks and, as a result, Singaporean employers are forced to retrench workers. What would be the impact on the Malaysian economy and our society?

Say 10 percent of the roughly half-a-million Malaysians working in Singapore get laid off. They would not head further south, right into the Singapore Straits, but north – to return home and look for jobs and business opportunities that allow them carry on with their lives. Hence our economy would not only lose their remittances, but also have to absorb additional jobseekers.

It is a scenario that our policymakers must consider proactively when seeking to preempt the fallout from the coronavirus outbreak – and when they consider the future of the Malaysian economy in general.

According to the Minister of Human Resources, M. Kulasegaran, there are just over 500,000 Malaysians working in Singapore. Bank Negara cites the number of low- and semi-skilled Malaysian workers who commute to Singapore on a daily basis at about 80,000 in 2017, a figure that is probably smaller than actual size.

The Causeway and Second Link crossings now have a two-way traffic of more than 300,000 on a daily basis, doubling the count of 2013. The 30% sharp depreciation of the ringgit since 2014 was a major reason.

However, beyond the currency depreciation, the fundamental issue is that Malaysia’s labour market structure is not sustainable. Since the Asian Financial Crisis in 1997, wage growth in Malaysia has been outstripped by inflation. Real incomes have not increased much since then either, contributing to the sense of economic insecurity many Malaysians feel. Analysis by BNM bears this out, with the finding that the majority of industries in Malaysia compensate workers less than in other benchmark economies, even after adjusting for productivity.

Part of this is down to the fact that Malaysia’s labour market features millions of both documented and undocumented foreign labourers, whose presence in the market drives wages down and removes incentives for employers to upgrade their equipment and processes, upskill their workers and climb the technological ladder. While “Industrial Revolution 4.0” holds great promise, many factories are not even at IR3.0.

The consequence of having a huge unskilled migrant labour force within our midst is that our own citizens in turn become cheap labourers in Singapore – it’s two sides of the same coin.

The previous government approached the subject as “brain drain” and in order to regain the so-called “brains”, expensive incentives were targeted towards highly qualified and skilled individuals with high income so that they would return to Malaysia. TalentCorp was formed for this purpose – and evidence suggests that their programs have had a positive impact.

Yet, those highly qualified professionals, usually holders of one or more university degrees, are unlikely to be persuaded if the economy doesn’t offer the same breadth and depth of opportunities as abroad. Only around a quarter of the Malaysian workforce is highly-skilled. Hence, there is a mismatch between new jobs created in the economy and educational attainments of Malaysians. Popular belief in Malaysia is that graduates are not of good quality or that they demand too high a salary, and hence can’t find a job. Both could be true, but the real issue is that our economy doesn’t create enough jobs that require their tertiary education skills.

56% of Malaysian workers in Singapore are considered low- and semi-skilled and work as cheap labour. They work as cleaners, security guards, bus drivers, hotel and F&B workers, factory workers and machine operators etc.

These Malaysian workers, mostly semi-skilled, are looking for jobs that pay RM4,000 and not RM1,200. Again, they don’t necessarily need RM6,000 to nominally match the SGD2,000 they receive in Singapore, especially if they lose their job in a downturn. The pay they give up is easily compensated by the better quality of life and the lower cost of living back home.

Creating jobs that pay RM4,000, and not RM1,200, for semi-skilled positions is really about reducing the number of unskilled foreign labourers in our economy. We need to start automating in a massive way so that jobs that now require 10 foreign labourers can be handled by one Malaysian worker who has “graduated” from working in Singapore.

The government has already put in place great incentives to nudge industries forward in this respect. Budget 2020 has committed to provide a matching grant of up to RM 5,000 for SMEs to digitalise their operations. For bigger, labour-intensive firms in the services and manufacturing sectors, the government has extended its tax incentives for automation until 2023. These moves are commendable.

But this is not only the responsibility of the government of the day. We need buy-in from both the private sector and society at large. For the Malaysian economy to move forward, there is a need to recognise that the huge number of unskilled foreign labourers is causing Malaysian workers to become cheap foreign labourers in Singapore. There needs to be a societal consensus that our economy must value skills and pay for skills, as well as the need to prioritise the wellbeing and economic need of Malaysians. Revaluing skilled labour in this way will not lead to inflation or loss of competitiveness, on the contrary, it is essential to ensure our economy’s vitality.

A fund manager once asked me why Dubai is able to accommodate such a huge number of foreign labourers, when I advocate for Malaysia to reduce its dependence on foreign labour. My answer is simple: there are no voters in Dubai.

In the last general election, my team produced a very emotional video for Syed Saddiq Syed Abdul Rahman on the hardship of his father’s daily travels to Singapore from Johor Bahru as a manual worker. Our government and industry captains will have to put their heads together to put a stop to the phenomena of hundreds of thousands of Malaysians working as cheap labourers in Singapore.