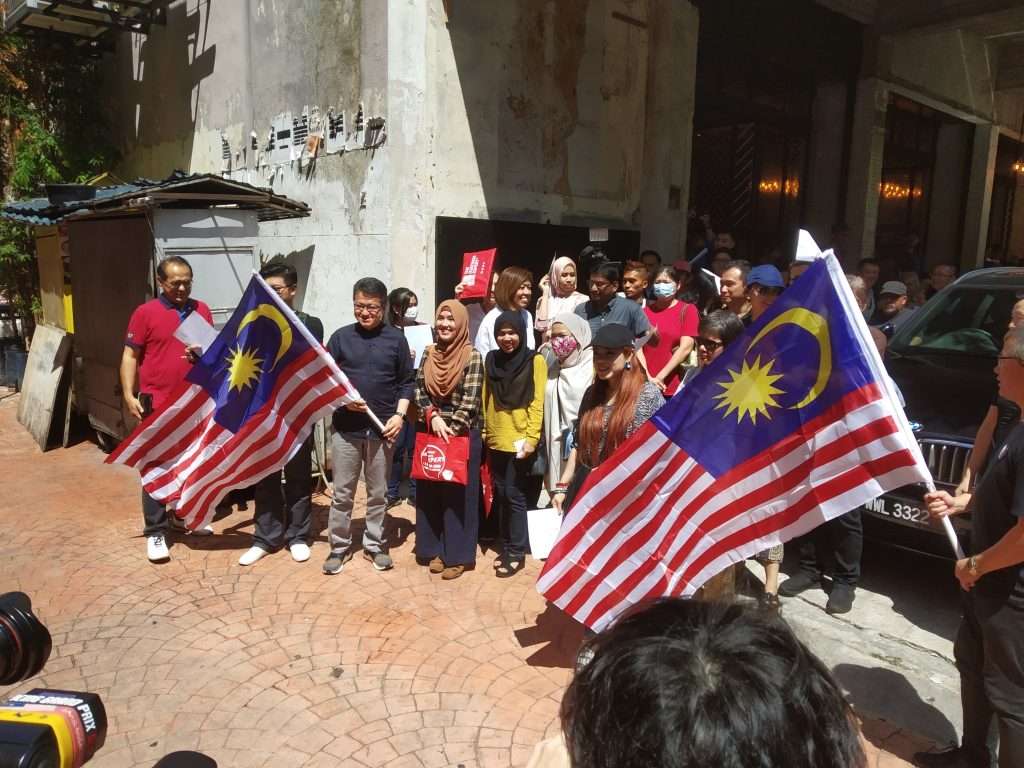 At the invitation of Persatuan Arkitek Malaysia President Lilian Tay and my friend Tan Loke Mun, who chairs Kuala Lumpur Architecture Festival, I was given the honour to speak at the event to a distinguished audience who cares about our cities and their future. The theme for this year’s festival is “Beyond”.

I was elected as Member of Parliament in Bukit Bendera, Penang in 2008, and in Kluang, Johor in 2013, which provided me a wide range of perspectives and unique experiences about Malaysian cities in different regions. Funnily enough, most of my Penang constituents thought that I was returning to my hometown when I chose to contest in Johor while many Johoreans thought that I was originally from Penang.

My parents were both from Kuala Lumpur and I was raised in Subang Jaya.

The Kuala Lumpur Architecture Festival event was held at REXKL, a fantastically impressive yet tasteful rejuvenation of a public space led by famous landscape artist Seksan which featured hugely in the memories of many. Incidentally, my parents met when they were both members of a choir just half a mile down the road from REXKL.

During his twenties in 1960s, my father shared a room with five or six other young men in one of the shophouses on Petaling Street. Each of those shophouses comprised of tens of rooms partitioned by walls made of thin wood planks. I joke that such living has almost zero carbon footprint.

Before World War II, as automobiles were scarce, even Pudu was considered too far away from the core inner city, which is why its Chinese name means “half jungle”.

Petaling Jaya was developed just shortly before Merdeka as a satellite town to Kuala Lumpur. The thinking then was that living in the suburbs is superior to living in the inner cities, as cities were congested, filthy and beyond repair, so whoever who can afford a car should just move out of inner cities. Jane Jacobs’ 1961 great publication “The Death and Life of Great American Cities” was describing exactly the demise of cities due to the combined effect of automobiles and “suburbanization” that happened over the following decades in Malaysia.

Subang Jaya was developed in the 1970s and set the scene to develop rubber/palm oil estates into housing estates. Subang Jaya was then the largest housing scheme developed by a single property developer. Town planning was done by the developer and the authorities essentially outsourced and conceded their entire planning and oversight role to the developers.

With the Dawn Raid in 1981 and the taking over of British plantation interests, such as Sime Darby and Guthrie by Malaysian GLCs, the pace of turning plantation estates into housing estates hastened. The appointed managers of these plantation companies could make huge windfalls for their organisations just by conversion of land use. Around the same time, the massive growth of export oriented industrialisation brought in huge investments and growth, which in turn resulted in a huge influx of rural-urban migration, giving rise to further need for housing.

The 1980s also saw the development of national car which further entrenched Malaysia as a society highly dependent on private vehicles for mobility.

A vicious cycle of about 40 over years persisted since the late 1970s. The more our cities sprawled out, the more we relied on private cars, and the further we spreaded the cities, the more we needed to build highways.

At the very heart of these phenomena, our society assumes that everyone wishes to own a car; and everyone wants to own a landed property.

But these ideas are actually very new in our consciousness. They have been in our collective consciousness for not more than 50 years. Hardly any ordinary Malaysian owned a car or a landed property outside our village setting or shophouses with many families half a century ago.

With the emergence of ride sharing apps, there is now already a growing number among the younger generation who do not wish to own a private car. The same would happen if alternatives are provided for in the housing realm.

a) Among the four biggest Malaysian banks, more than two-thirds of its loan portfolios are related to properties and car loans as they are deemed “low risk” until a bubble bursts, compared to more complex business, such as giving loan to new and emerging industries;

b) Malaysian GLCs and GLICs are also heavily involved in the property market both directly (operationally) and as shareholders. It is time that the GLCs and GLICs rethink their roles and at least commit themselves to not being the prime movers that cause further urban sprawl via the “plantation estate to housing estate” model. They should instead set themselves as the leaders supporting the return of Malaysians to sustainable housing in inner cities, including supporting a rental housing model; the GLICs are even stuck with huge investments into tolled highways that is difficult to extricate;

c) The mismatch between house prices and income affordability is huge and the glut in some types of housing in certain cities is scarily huge, yet many people are still not able to have decent housing; the geographical mismatch caused by the financialisation model is another problem: those who have to work in the inner city often cannot afford to stay in inner city and have to spend hours on the wheel each day to commute.

With several massive projects emerging in KL’s inner city – TRX 106, PNB 118, Bukit Bintang City Centre, Bandar Malaysia, and possibly the Kampung Baru redevelopment, policy makers, GLCs and GLICs, as well as leaders in the private sector, would have to rethink our economic model and find one that suits the new Kuala Lumpur.

We may have to consider building rental housing for the middle class working population. These housing units would allow them to walk, cycle or commute a short distance by public transport. Hence there is no need to build carparks, which would save at least 30 percent of costs. Some of these housing units can be turned into REITs as long as they generate decent yields.

We need to look into how to protect those who rent out and those who rent. Old buildings in inner cities can be repopulated with minor adjustments. This will help give our buildings a new lease of life. I am a supporter of heritage conservation, but through repurposing usage, not turning all heritage buildings into museums, cafés and hotels.

For our economy to leapfrog, rethinking housing financialisation, urban sprawl and the private car culture has to be an important and integral part of the effort.